Get a slice of our latest piece of Americana (Slice? Piece? Could we be talking about cakestands?). Or why The Hambledon is channelling Martha Stewart’s milk glass obsession. 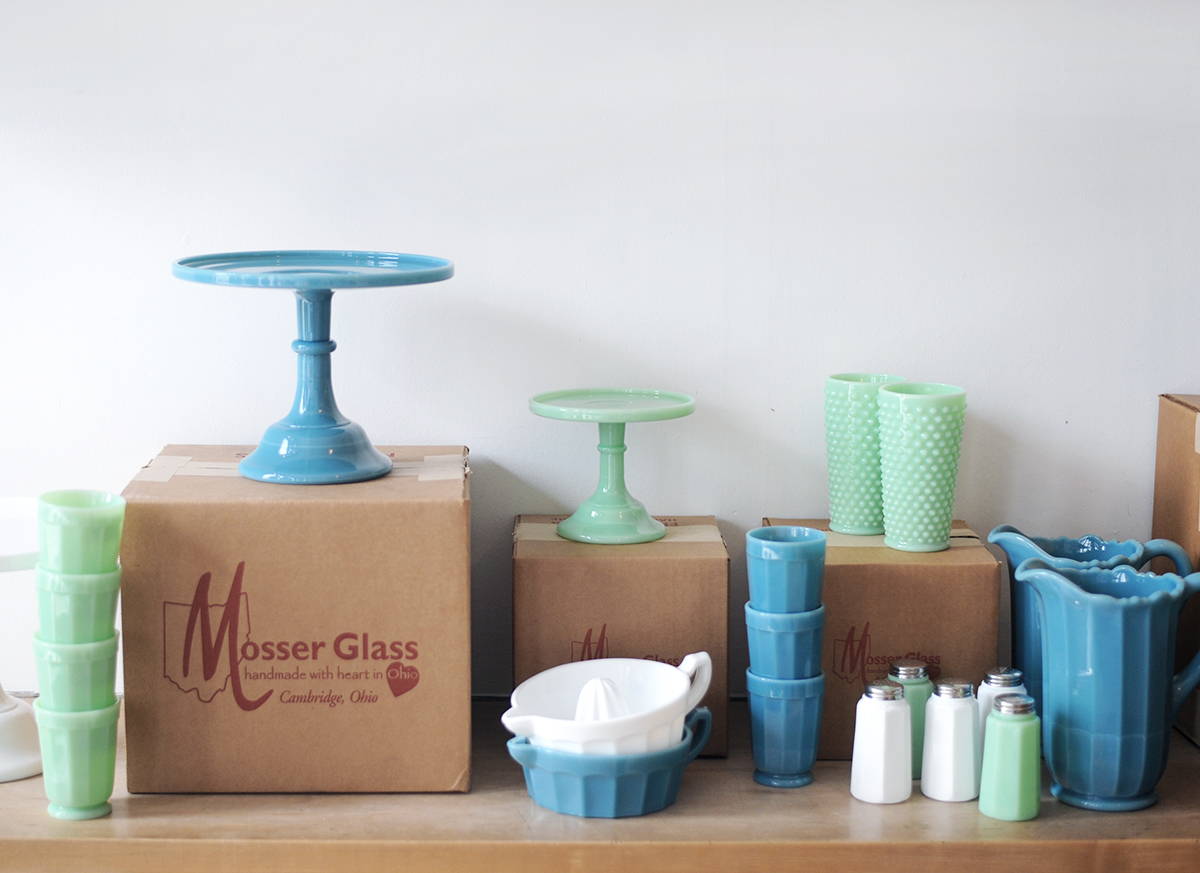 What is Mosser Glass?

Mosser Glass, founded in 1971 by Tom Mosser, manufactures pressed glass from their factory in Cambridge, Ohio. The business is still family owned, run by Tom’s three children. We’ve been working with the multi tasking Mindy Mosser. When she isn’t working on Sales, she seems to be helping out on the production line. When she wasn’t available for a call last week, she was working in Despatch. And we’re told she also runs the gift shop. Lord knows, we love a family firm. 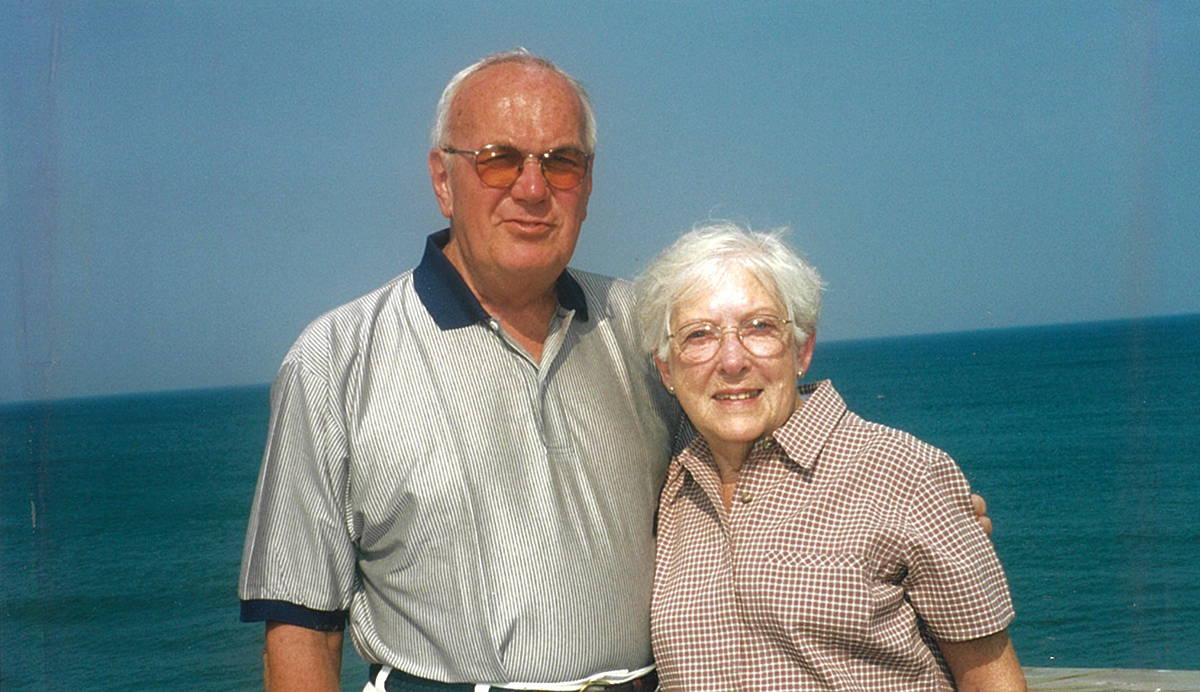 Cambridge, Ohio was once a centre for glass production. Tom Mosser started his career as a teenager, working with his father Orie, who was plant manager for the Cambridge Glass Company. During the 1950s developments in manufacturing, competition from the Far East and cultural changes, led to the demise of many of the factories in the area, including Cambridge Glass. So in 1959 Tom Mosser struck out on his own, initially making glassware from an abandoned chicken coop. Within two years he had formed Variety Glass, producing for the pharmaceutical industry. In 1971 he founded Mosser Glass, to produce decorative items and tableware, resurrecting the area’s heritage, and using historic moulds from Cambridge Glass. 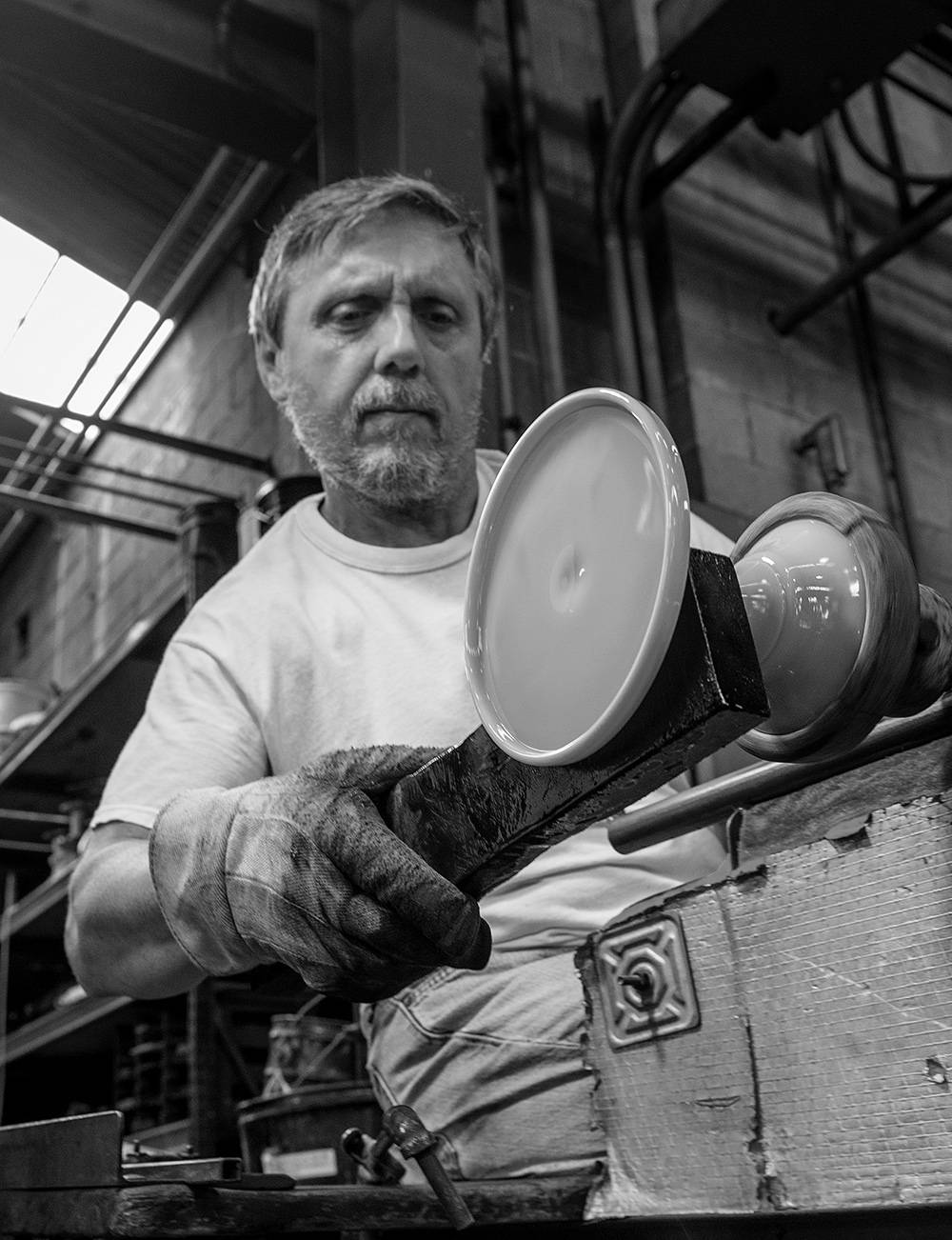 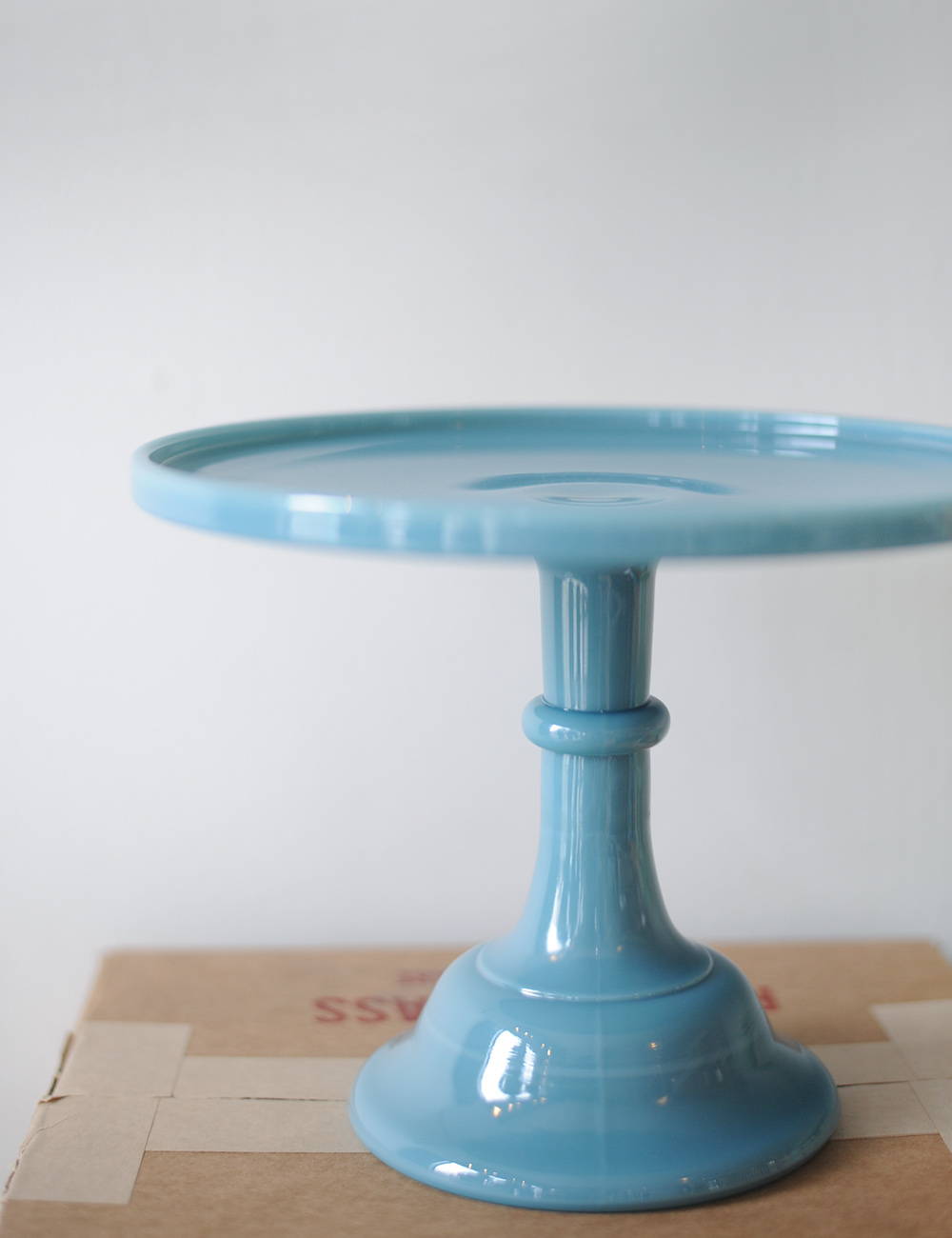 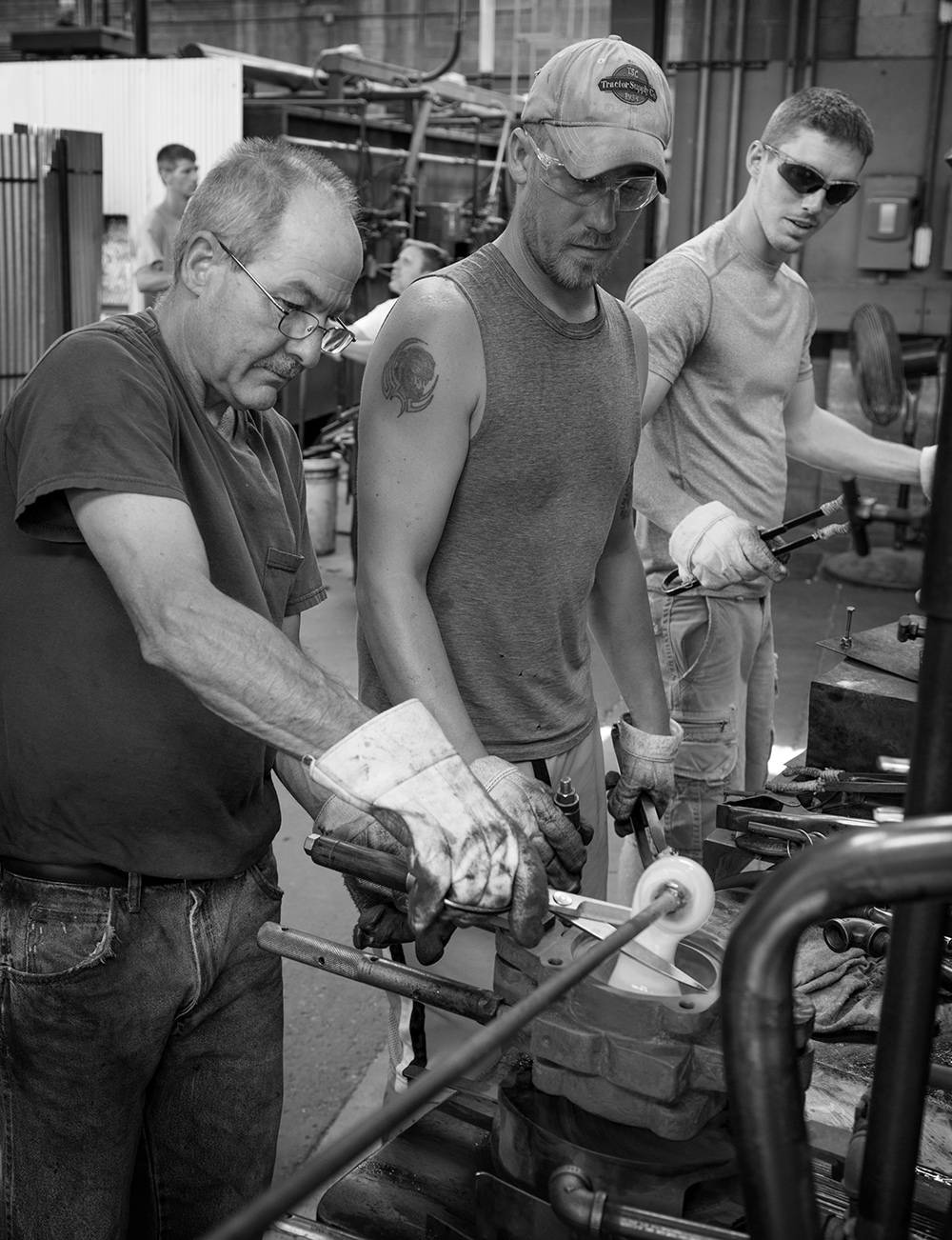 What is Pressed Glass? What is Milk Glass?

Pressed glass, or moulded glass, is made by pressing molten glass into a decorative mould. The glass is finished with a process called fire polishing, applying a direct flame to give an even, glossy finish. Each piece requires a six stage process and takes over three hours to complete. Tom Mosser, and the subsequent generations of the Mosser family, have been able to benefit by having a mould factory close to their own production plant.

Milk Glass, for those of you not familiar with the collecting exploits (non IRS related) of Martha Stewart, is a term used for opaque glass. It was first made in Venice in the 16th Century as a competitor to fine porcelain but reached something of a zenith (in collectable terms) in the 19th and early 20th century in the States. Although the name suggests white (and this is predominant), it also comes in a variety of colours (check out jadeite, blue and marble from our Mosser collection). 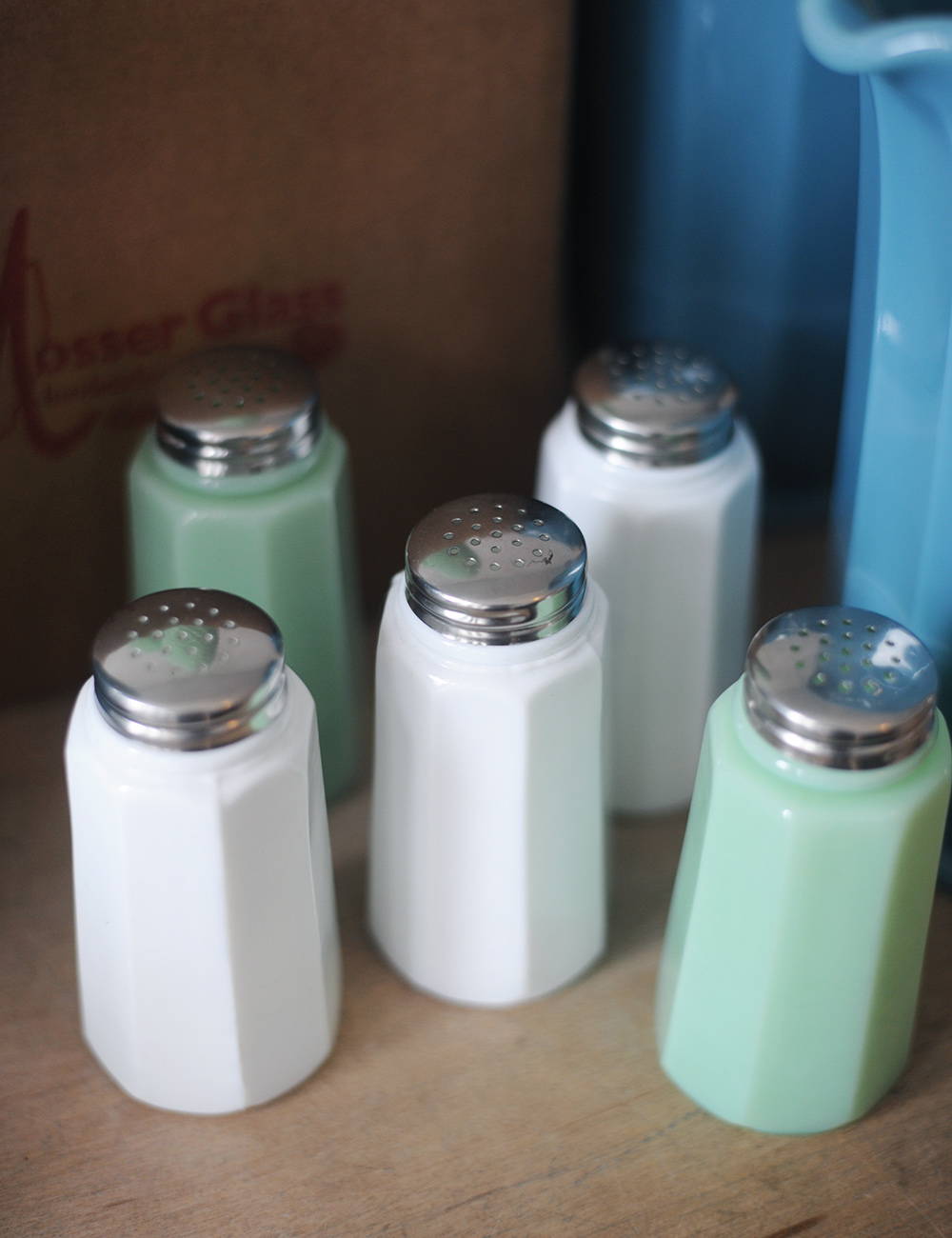 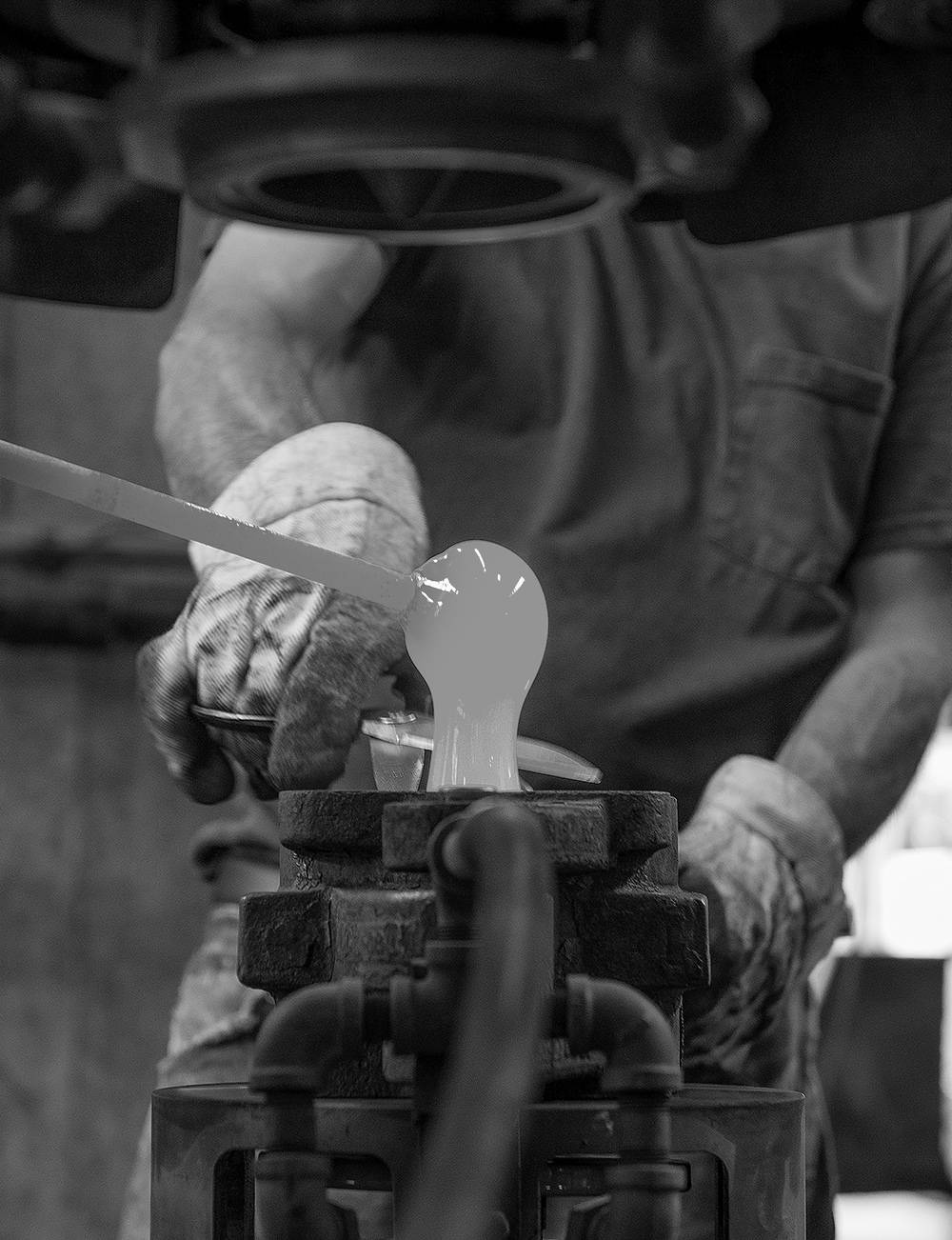 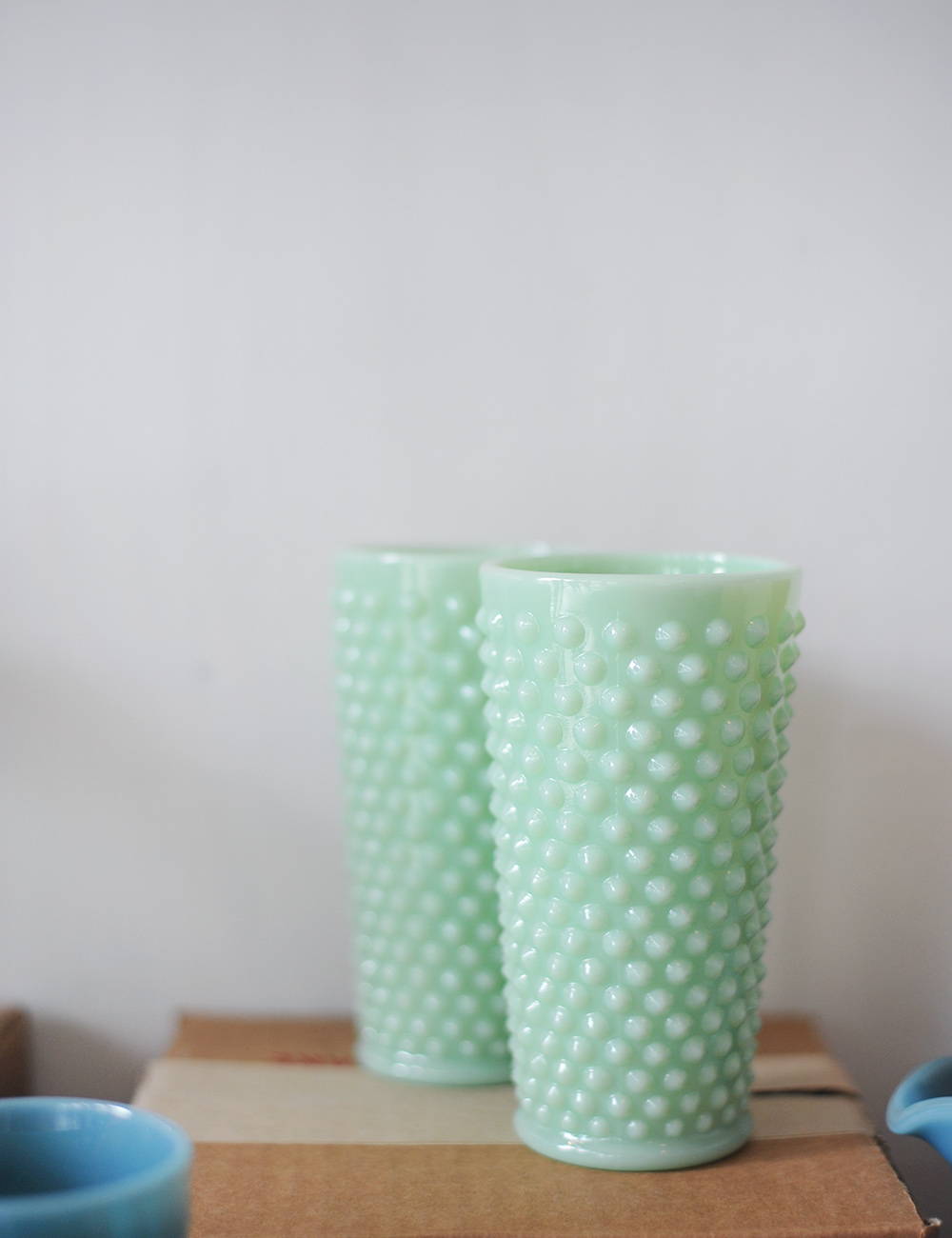 Available in three sizes (humble, moderate and grand, I’m embellishing, actually 6”, 10” and 12”) and four colours (jade, Georgia blue, milk and marble), the cakestand is the iconic Mosser piece. There is nothing better to show off your baking efforts. Accessorise with the juice reamer (I know, I always thought it was just called a juicer) and the measuring jar (charmingly Imperial). If you’re going the full Americana (mint juleps on the porch; yard sale; whiskey sours on the Fourth of July; poolside party on the Cape) you will need the Jadeite (or blue or milk) ensemble with Panel Pitcher and Tumblers. FYI Mosser Glass also does contract work. If you need a customised piece of glass for a specific chemical process or a headlamp for an obscure vintage car, look no further. 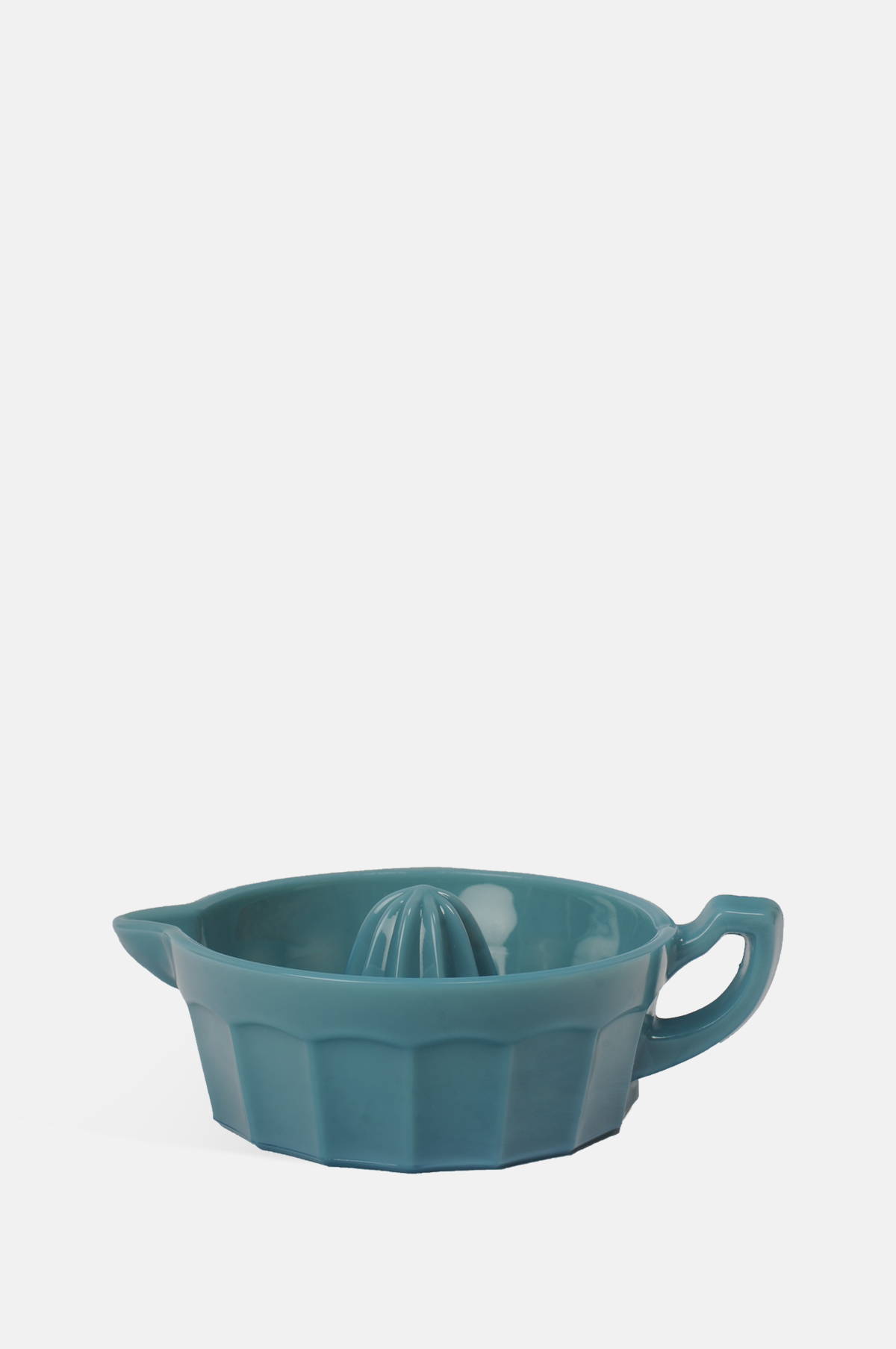 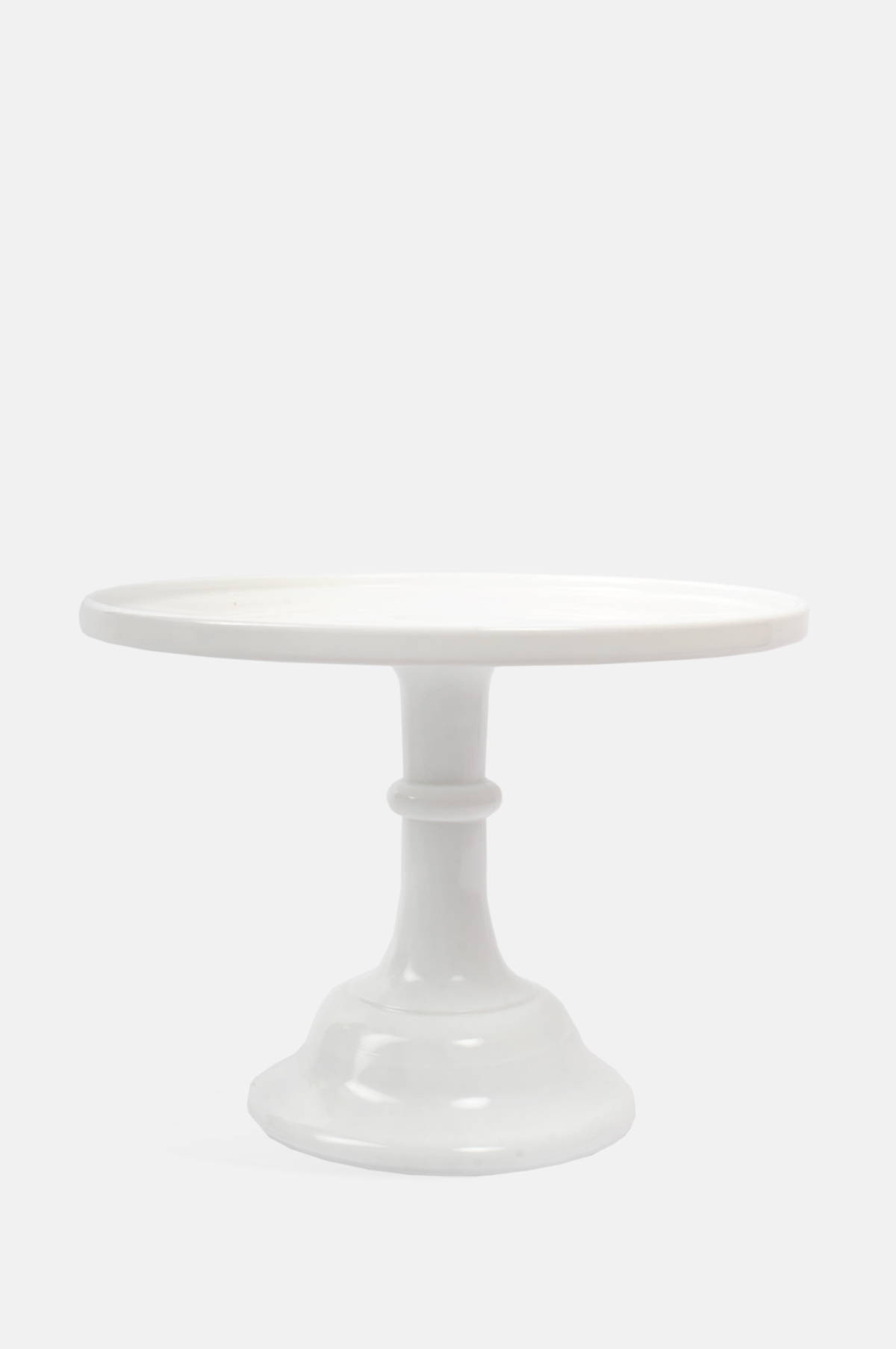 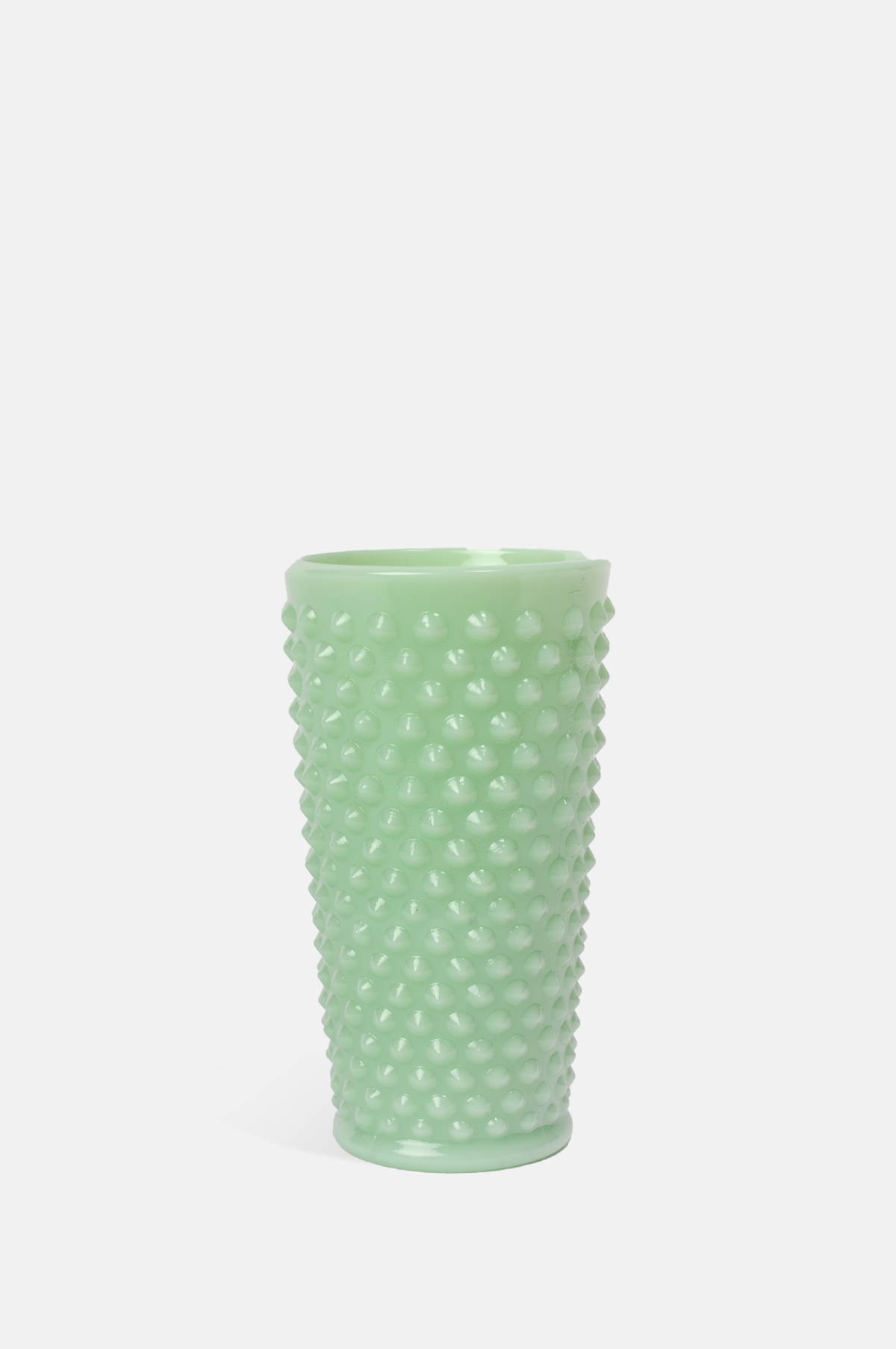 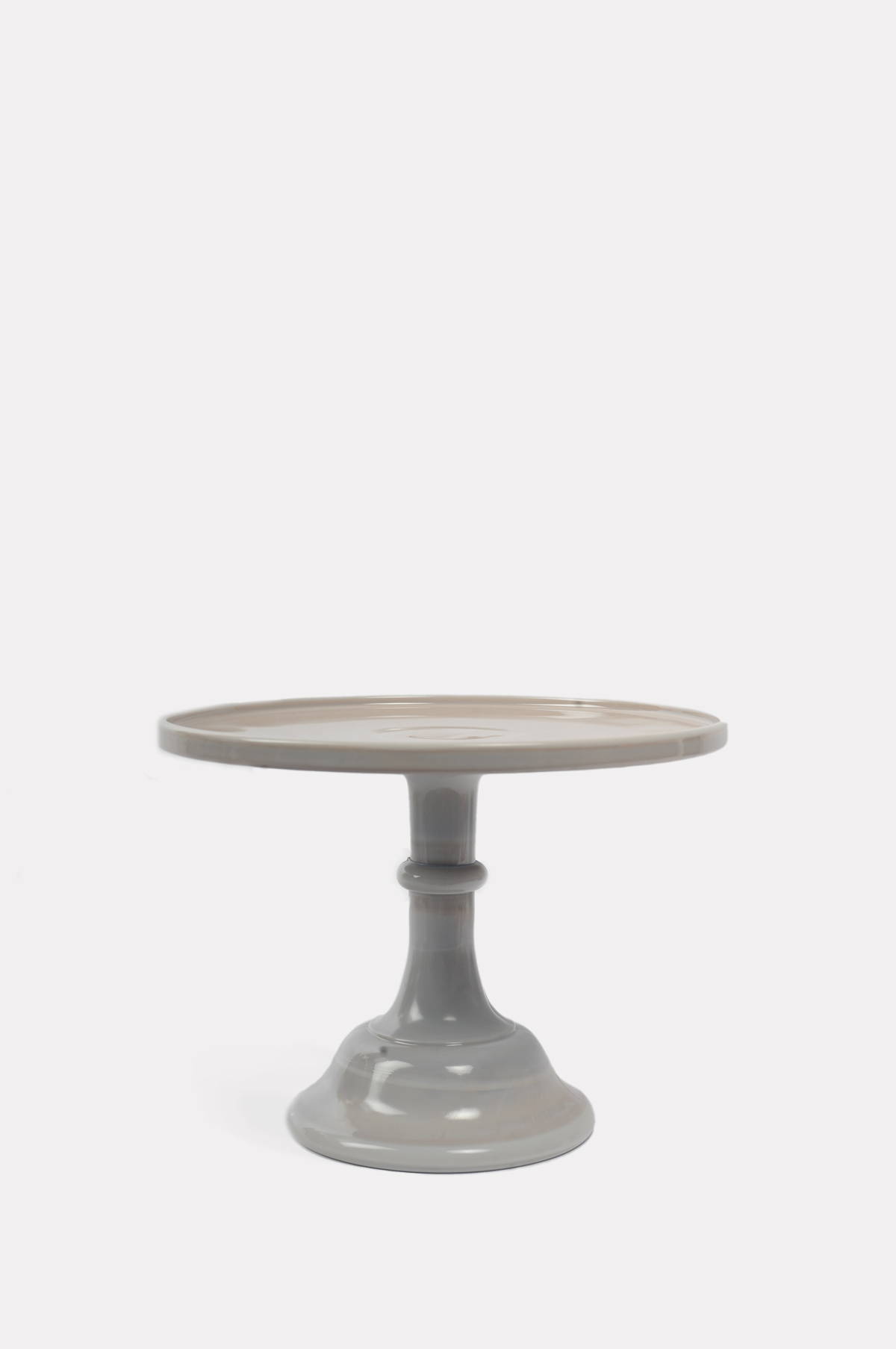 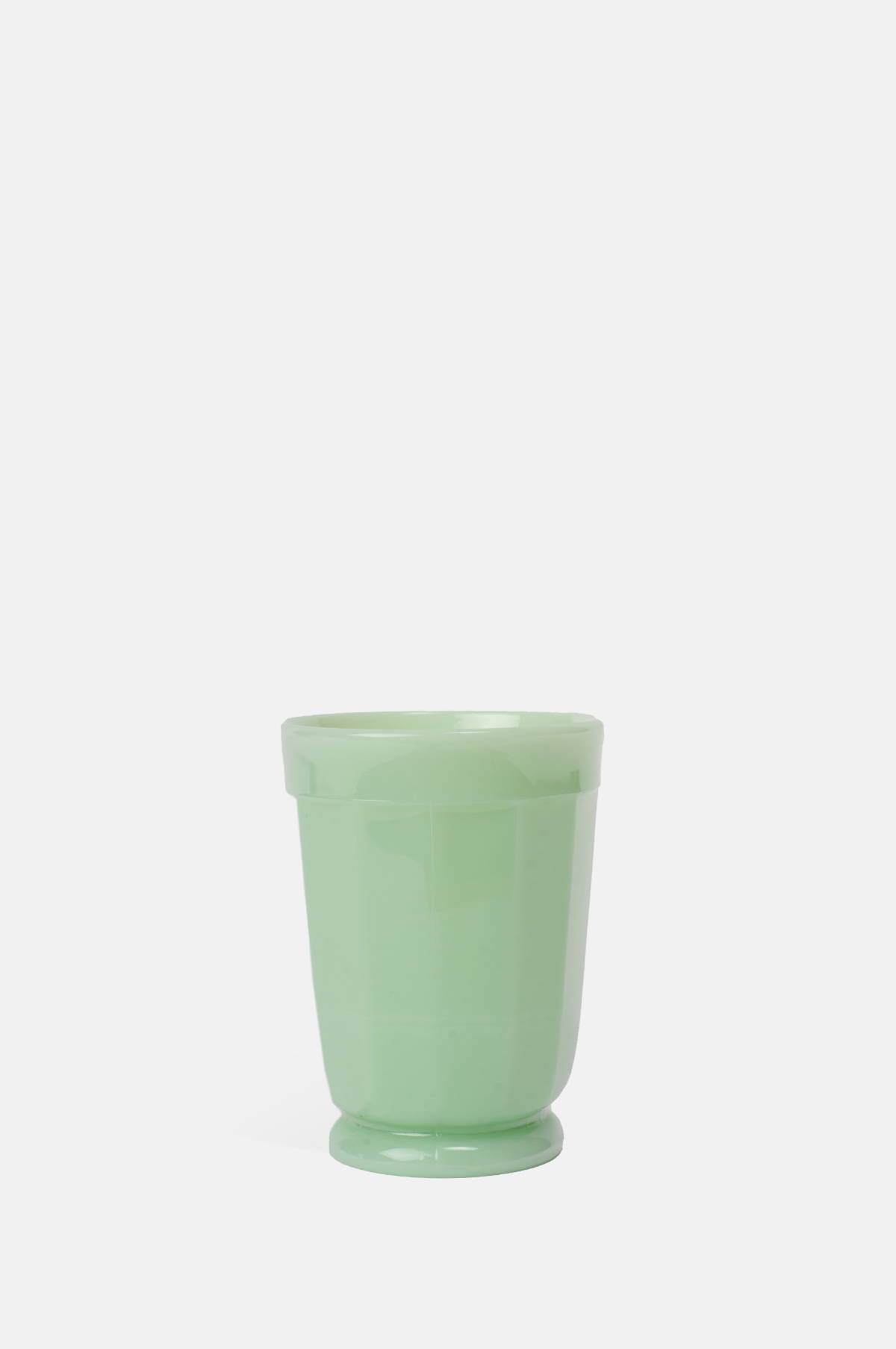 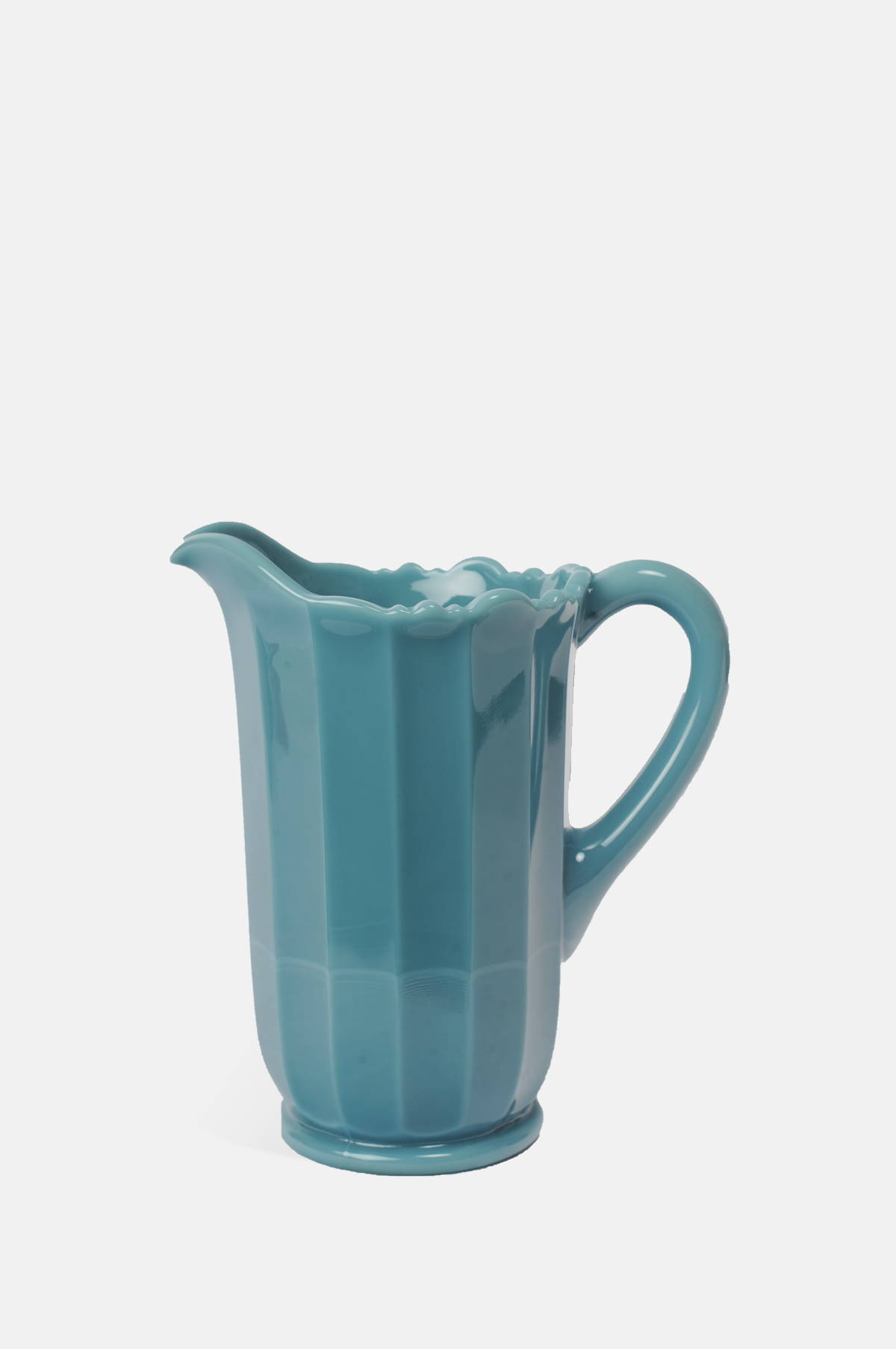 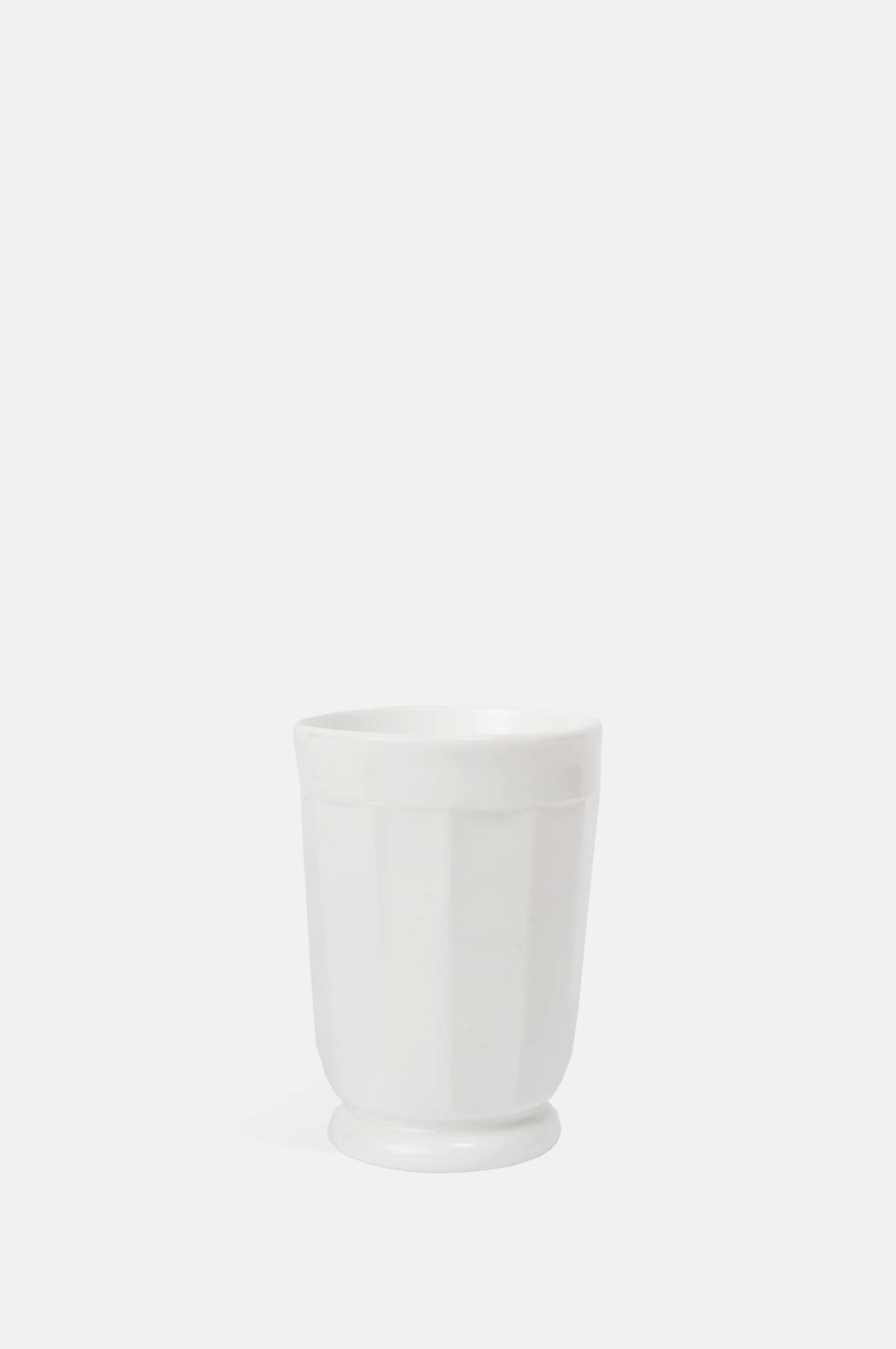 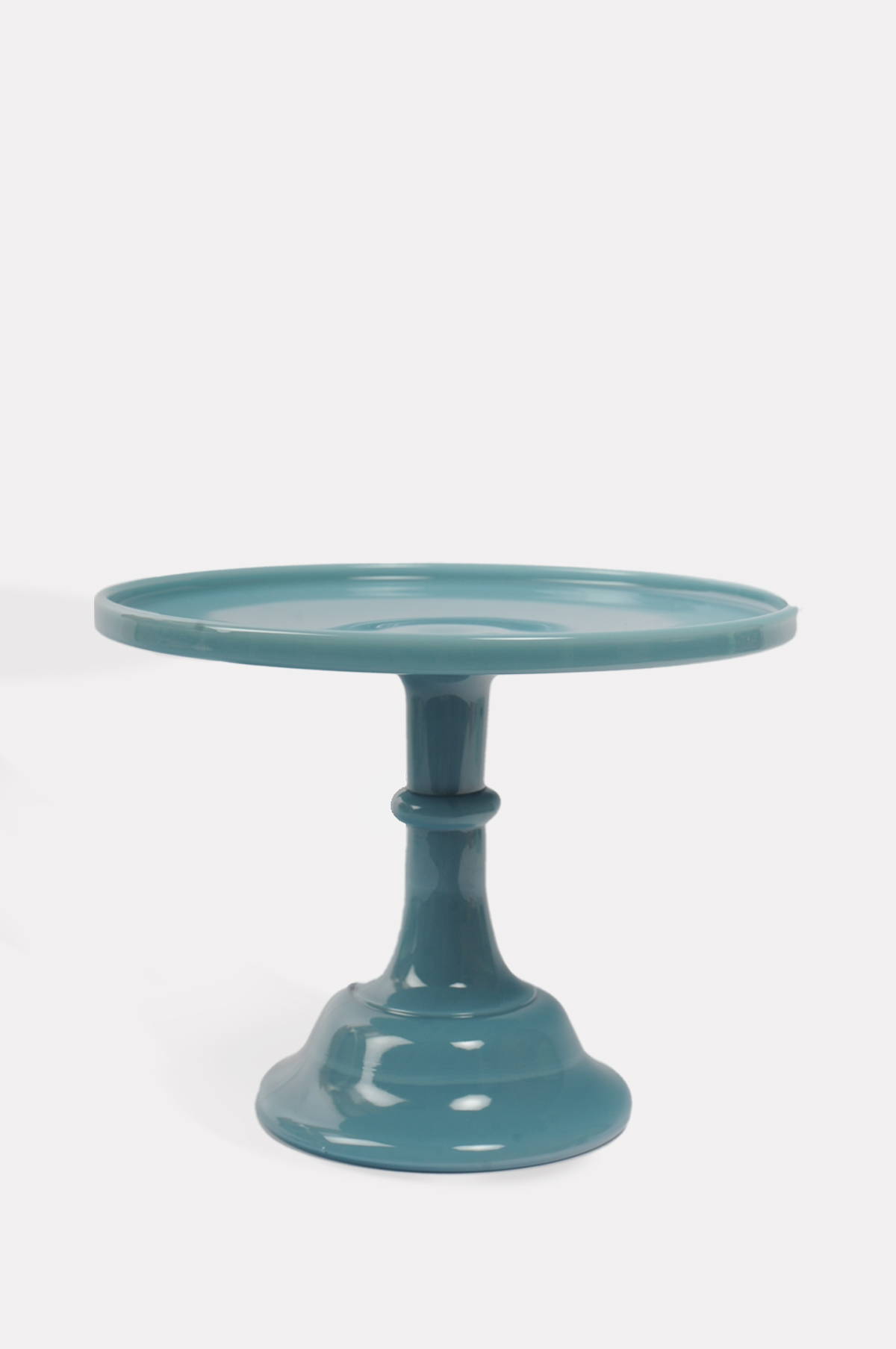 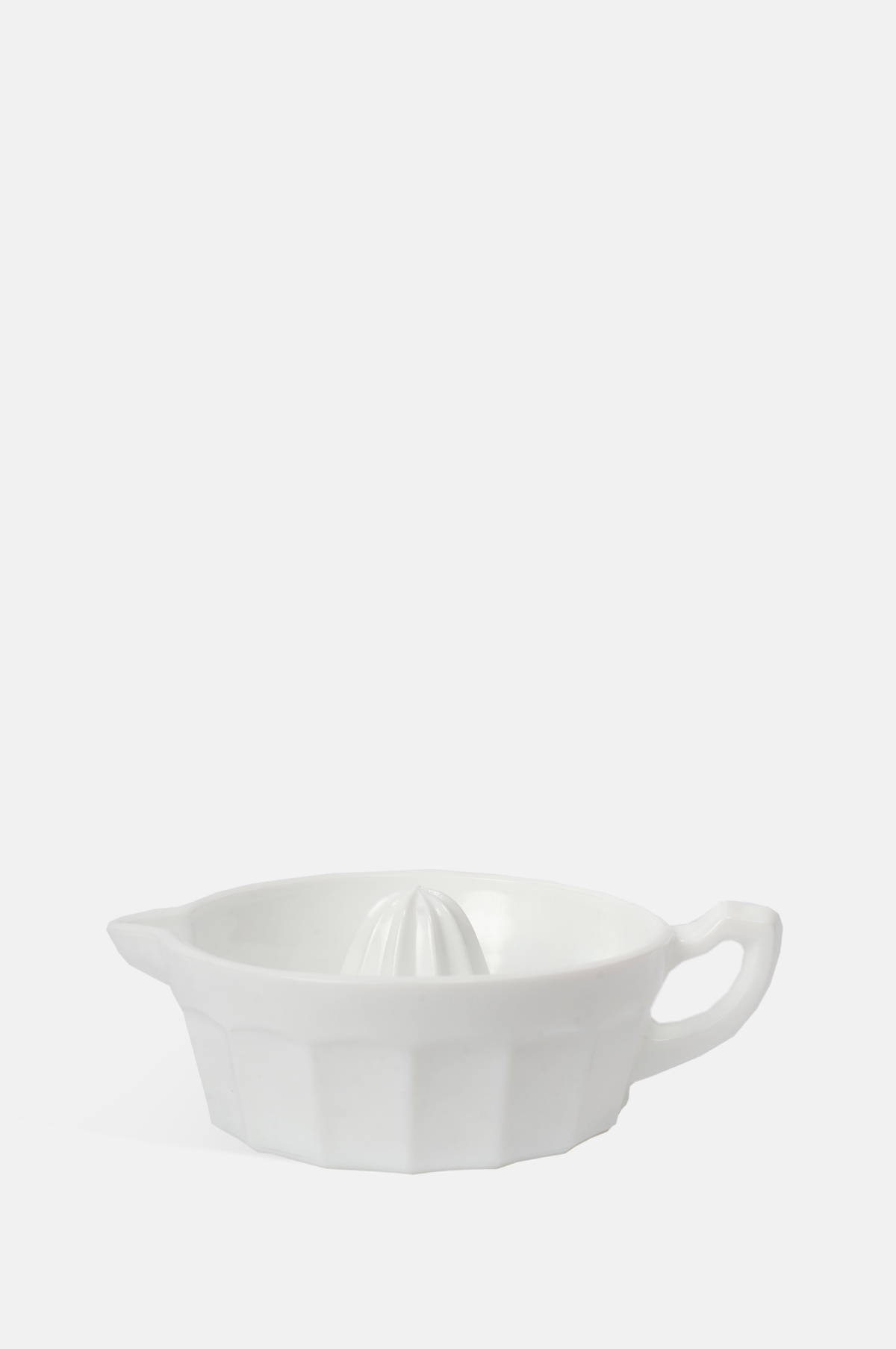 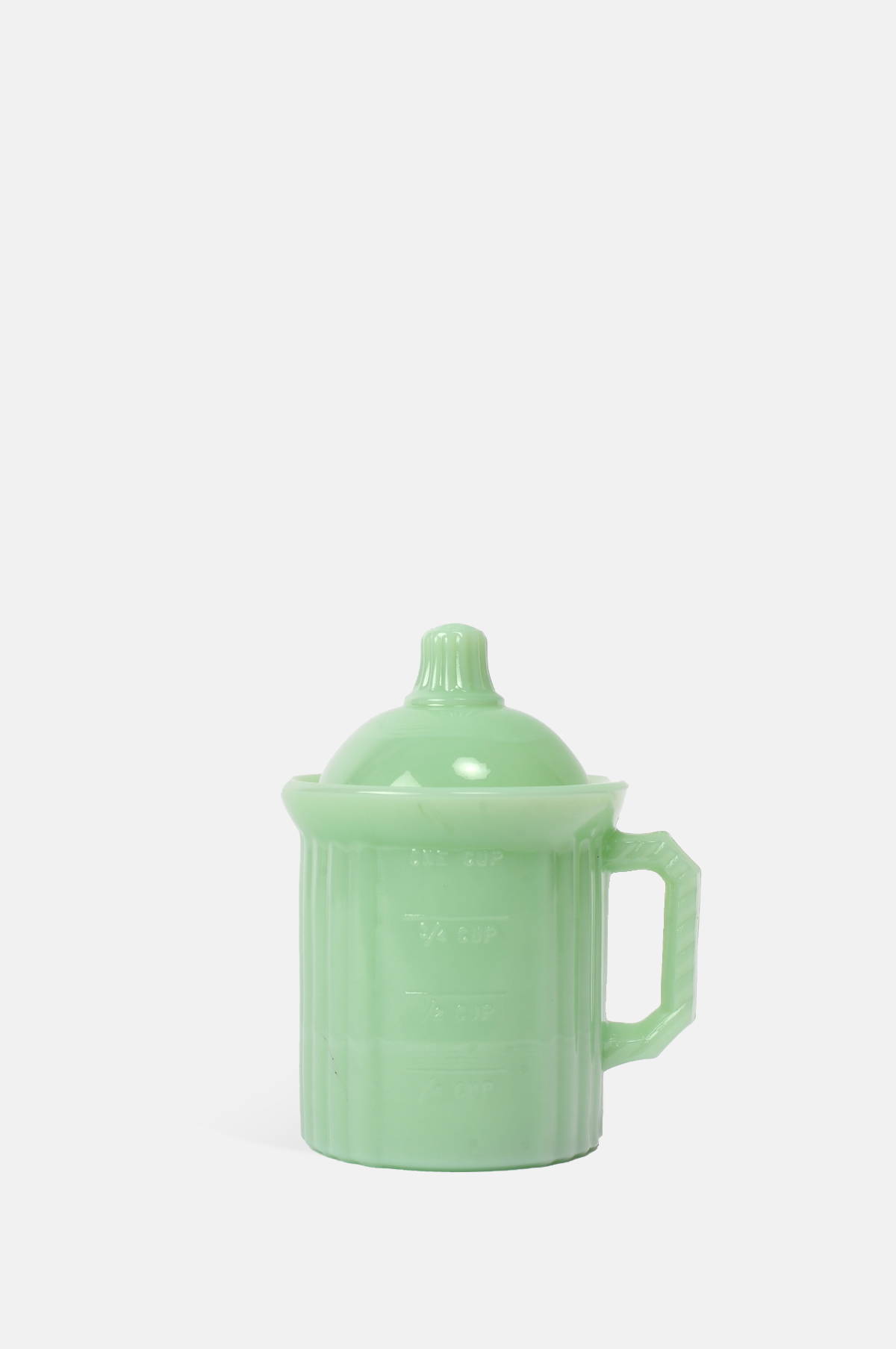 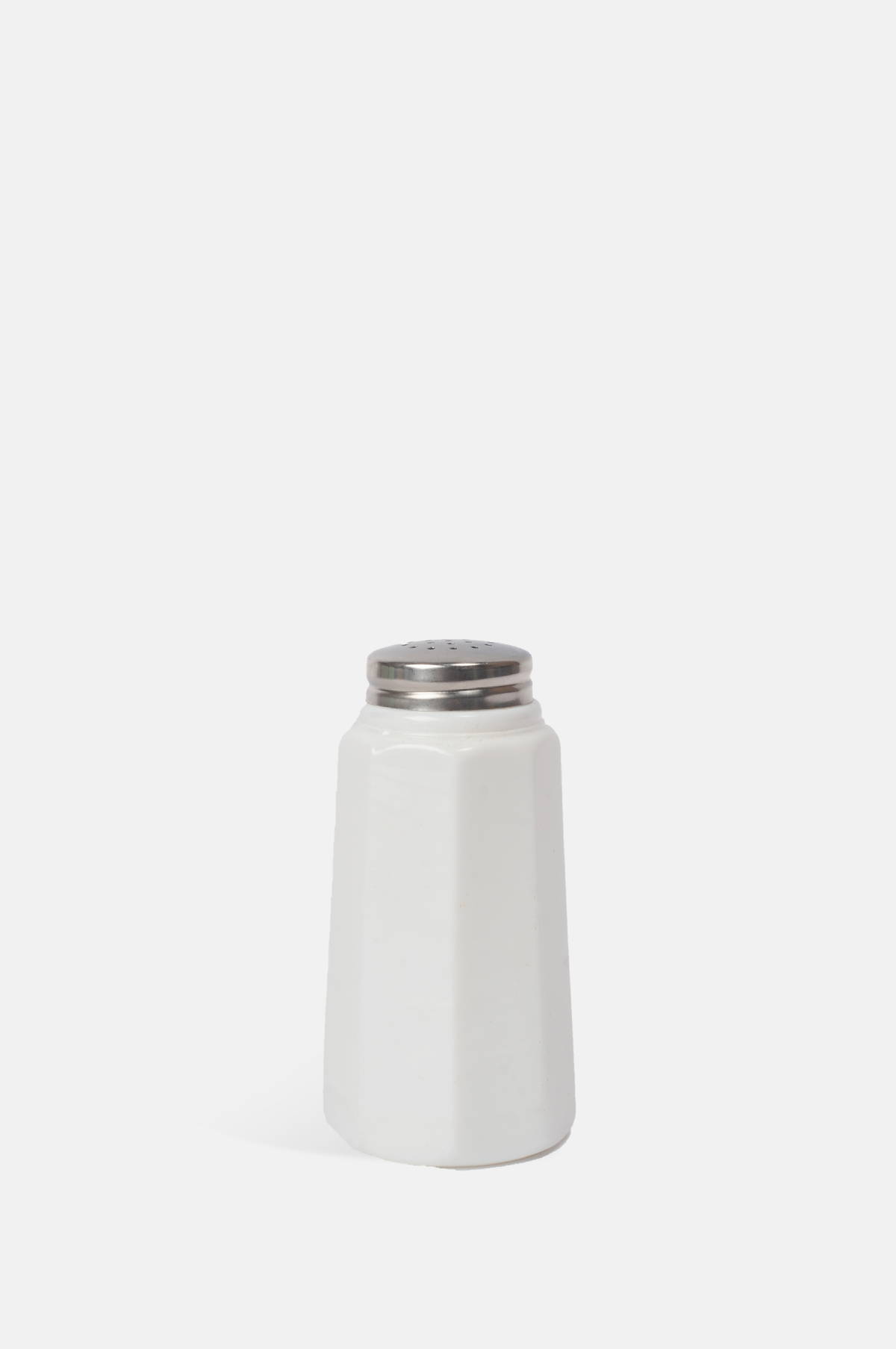 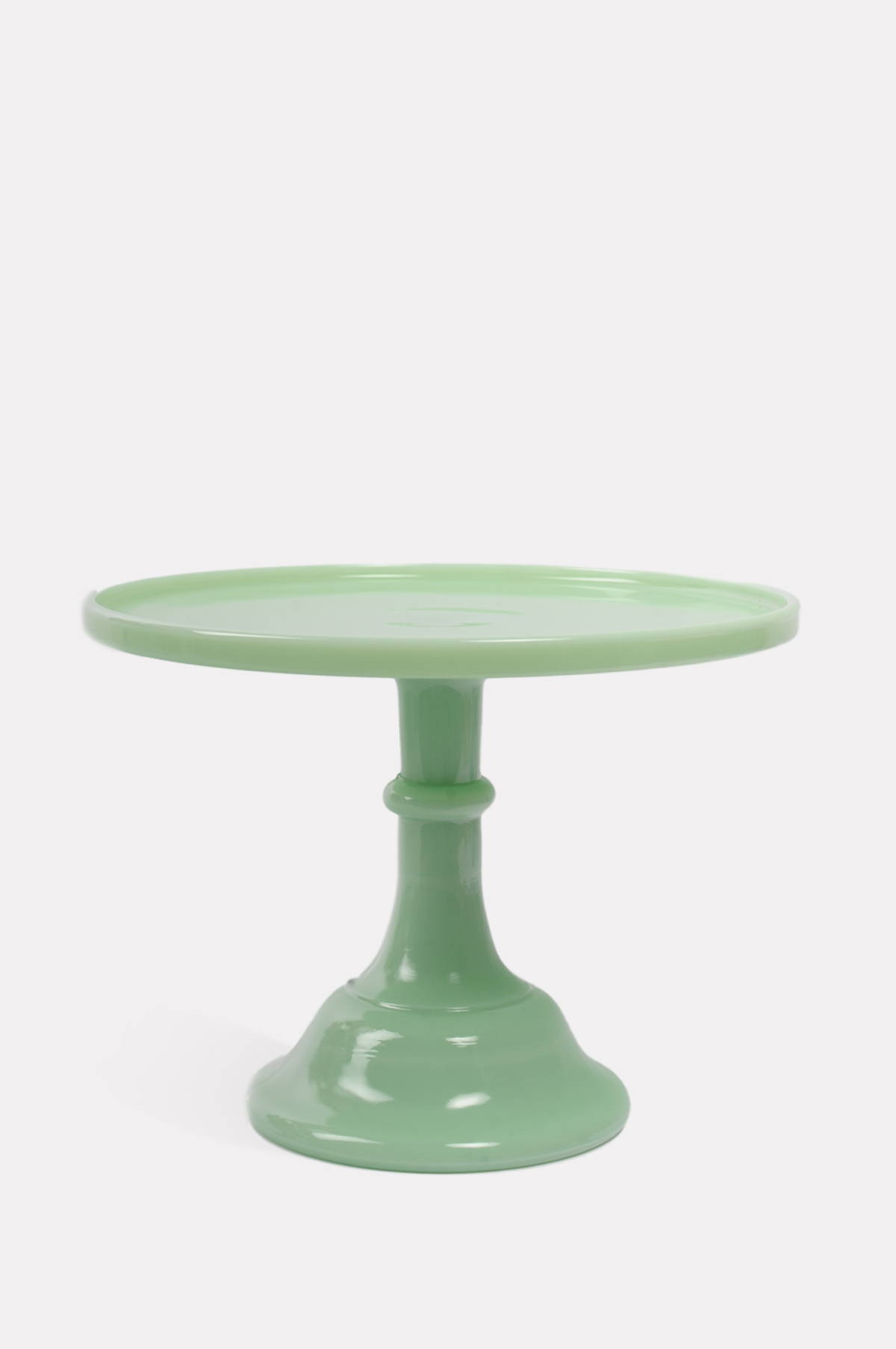