How lucky are we? To celebrate our 20th Birthday, and as part of our range of exclusive Hambledon products from some of our favourite suppliers, The Marshmallowist have cooked up a very special Gin and Elderflower edition just for us. 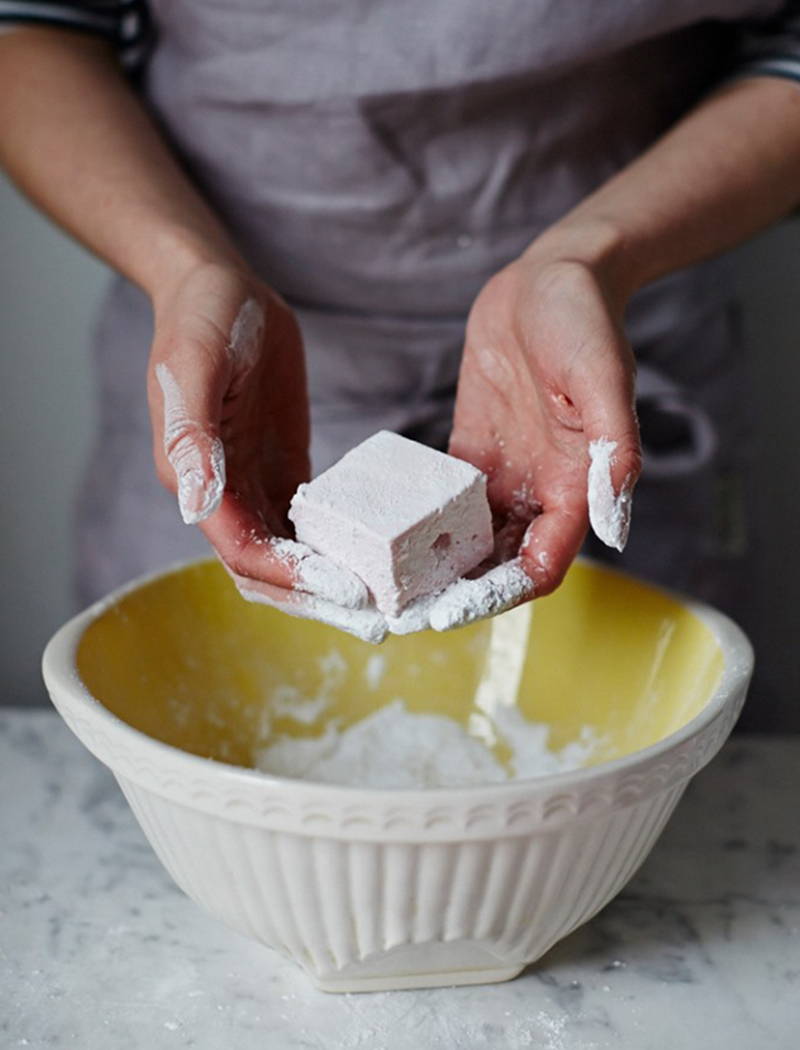 Oonagh Simms is Ms. Marshmallow. She trained for 4 years as a patissiere and chocolatier at the Ecole Hoteliere Mederic in Paris: baking 30,000 croissants, 10,000 profiteroles and enduring the angriest chef de partie in the city. On her return to London, she worked for a luxury confectionery company but French marshmallows or ‘guimauve’, which she had discovered in the food markets of Paris, had captured her heart. The Marshmallowist started life as a little stall in Portobello market, was the first producer of gourmet marshmallows in the UK and is now a mini empire. 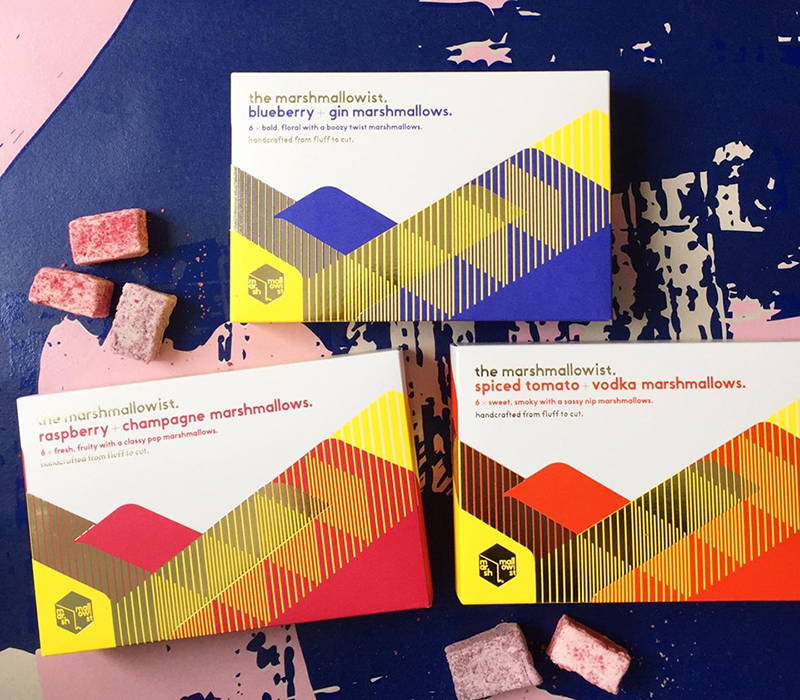 What makes them special?

Unlike the mass produced, artificially sweetened and chemically enhanced marshmallows with which we’re all familiar, Oonagh’s recipes remain rooted in artisanal confectionery. She uses delicate, natural flavours from fresh fruits, organic herbs and spices and boutique alchohol. Her marshmallow base recipe doesn’t use egg white and is consequently better suited to carrying subtle flavour notes and has a soft, souffle like texture. 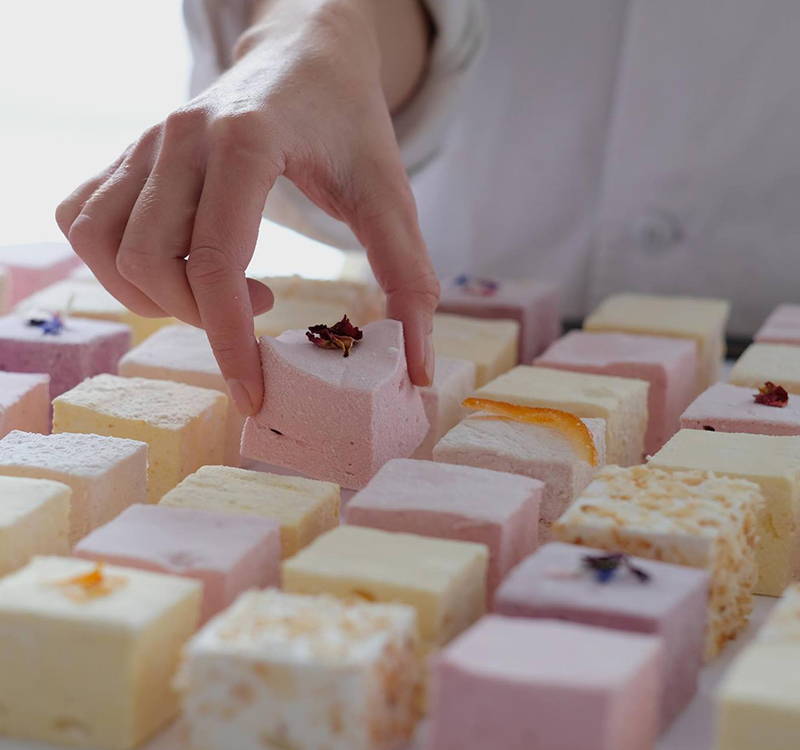 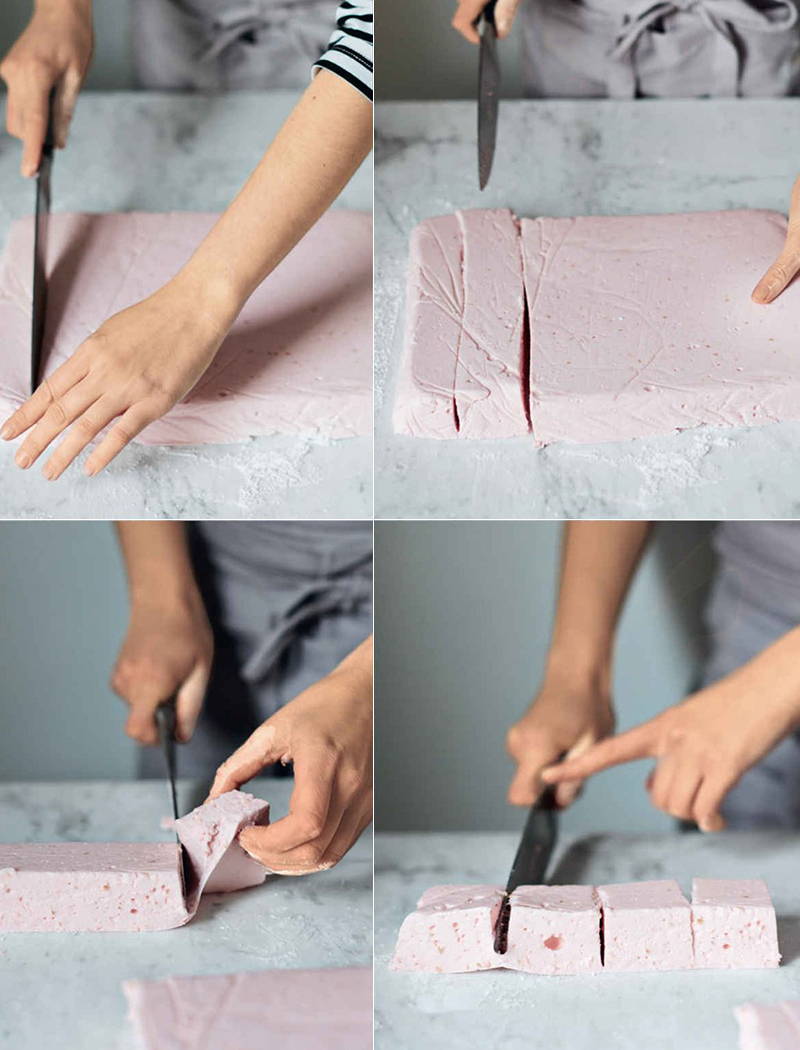 You may have already heard tell of Oonagh’s deliciously strange, and a little bit clic baity, Cannabis, Grapefruit and Pink Peppercorn, the ingredients of which may have made the national press salivate and do more than a little to promote the brand in the early days. At The Hambledon we are particularly partial to Passionfruit and Ginger, Toasted Coconut, Spiced Tomato and Vodka (Lucy’s favourite, what a surprise), Blueberry and Gin and Raspberry and Champagne. Oonagh says: “Instead of sticking to classic French sweet flavours such as blackcurrant or strawberry I paired them with more enlivening tastes – bolder spices or floral herbs”. 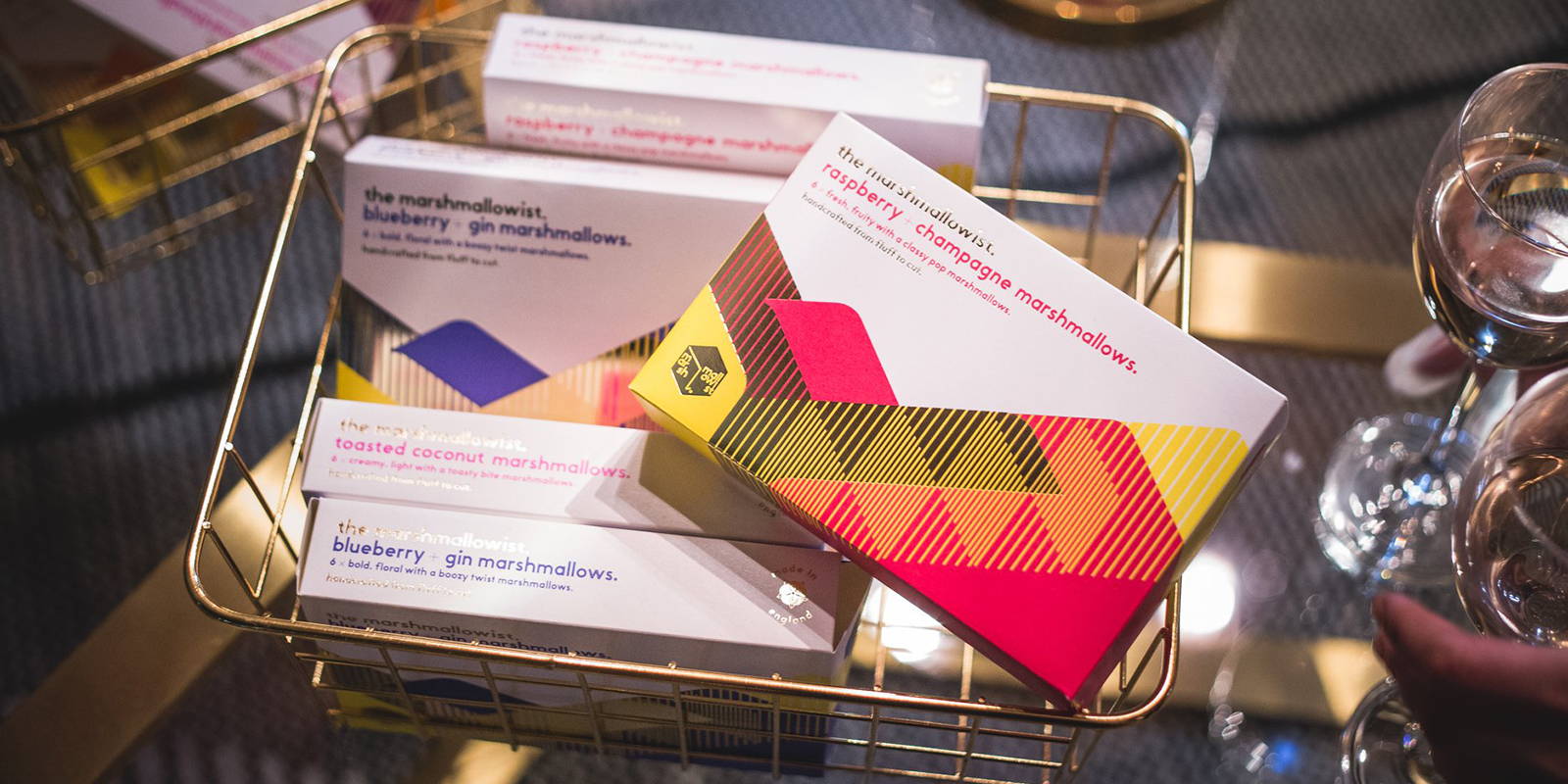 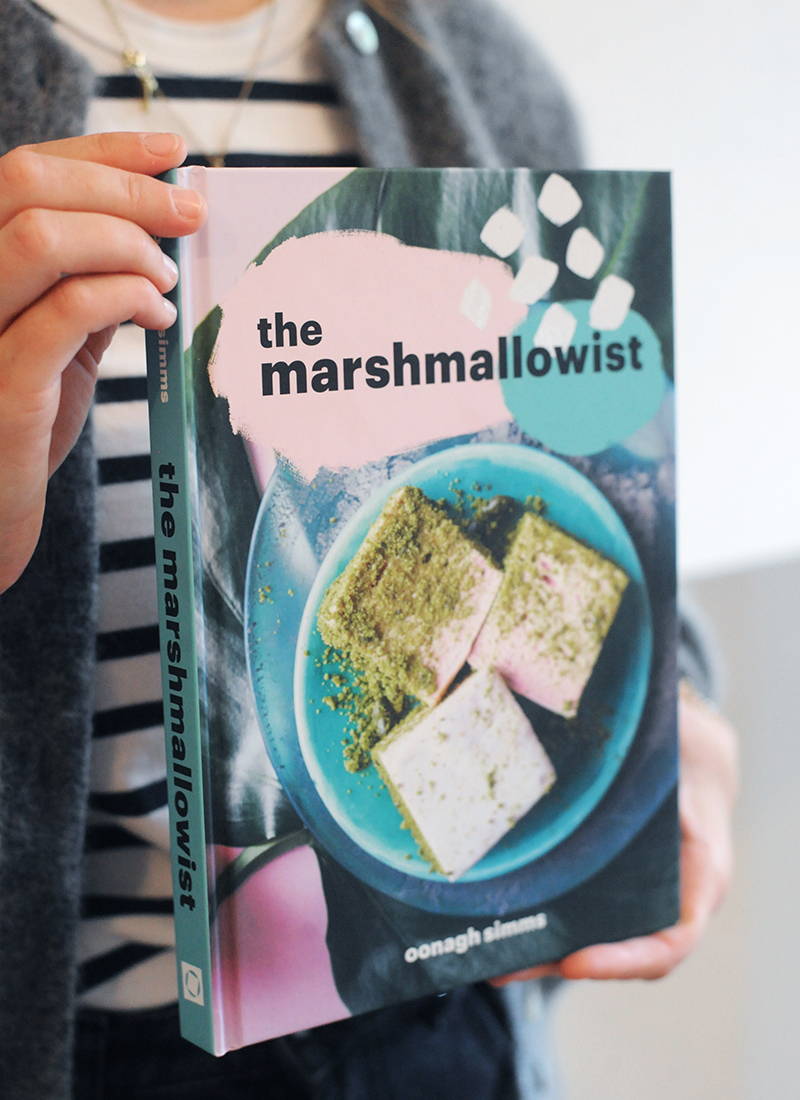 Oonagh’s recipe book was published in 2016. It’s a lovely mix of chatty introduction and a gossipy back story; very fully described and explained marshmallow recipes (Oonagh is definitely interested in the science of cooking) and a final section with recipes for treats, desserts and cakes which use marshmallows as a core ingredient. And the striking design, so evident on the sweets’ packaging, is all over the book. 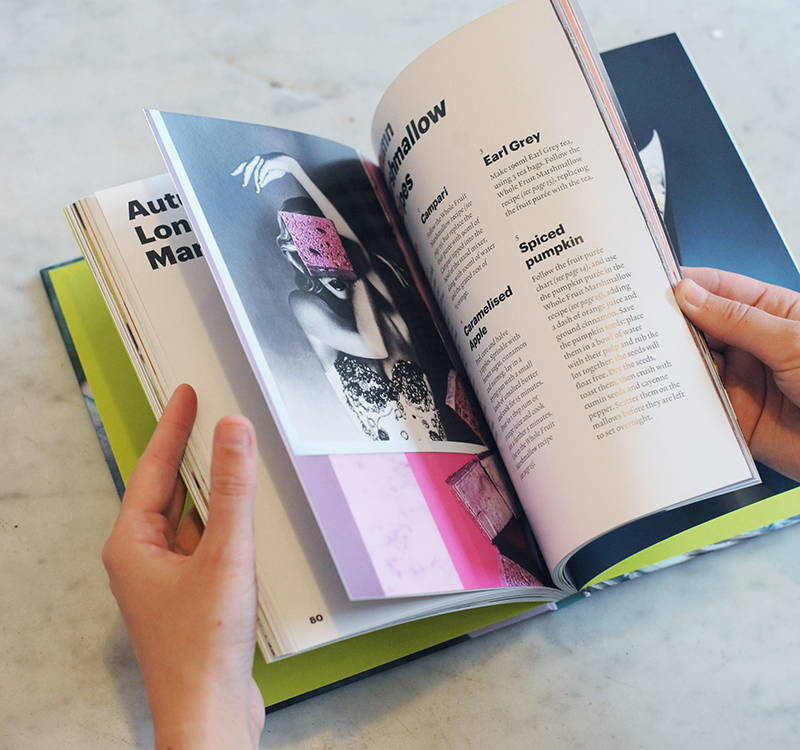 “We love whipping up exciting, collaborative and seasonal flavours” was music to our ears when we got in touch with The Marshmallowist about contributing to the 20th Birthday Exclusives. Gin (obviously, if you know us at all) was a starting point. And forgive the slightly unseasonal Elderflower, we just loved the combination. Anyway please decide for yourself. The box is available to buy. 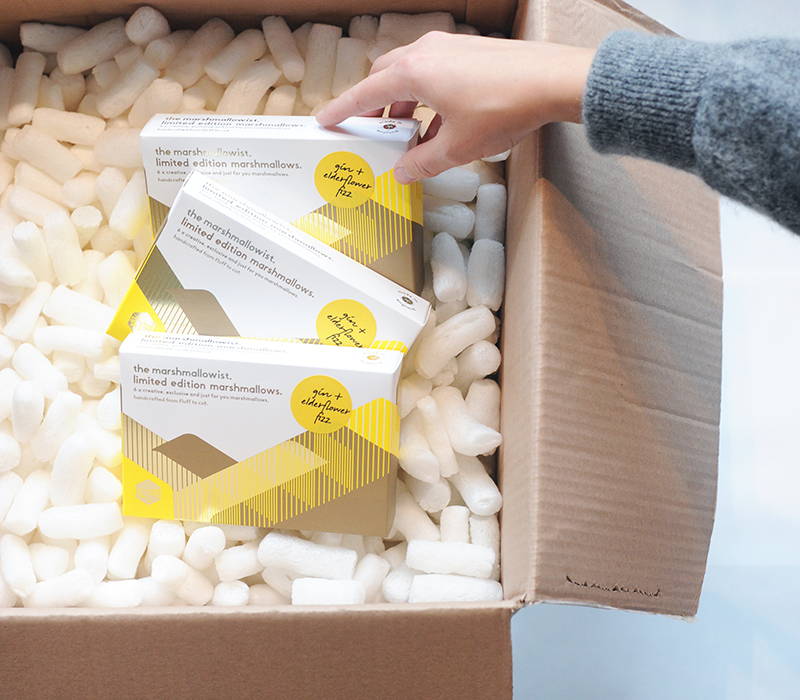 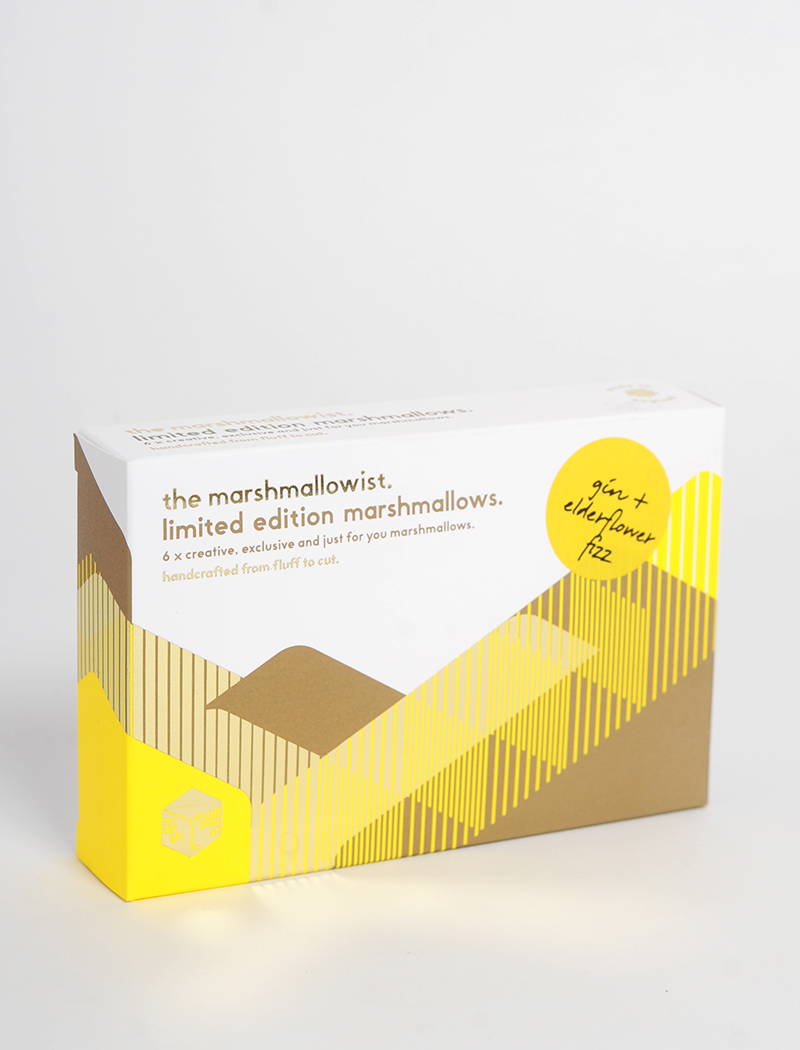 We’ll be bringing you more exclusive products over the next few weeks in the run up to our official birthday (yep, just like the Queen) on 20 September. Keep your eyes peeled.