As you know the physical shop is closed. As you know the virtual shop is very, very much open. For those Winchester locals wandering past the shop on their daily constitutional we wanted to let them know about the website but in a way that was fun, arresting and interesting.

Shop at The Hambledon! ► 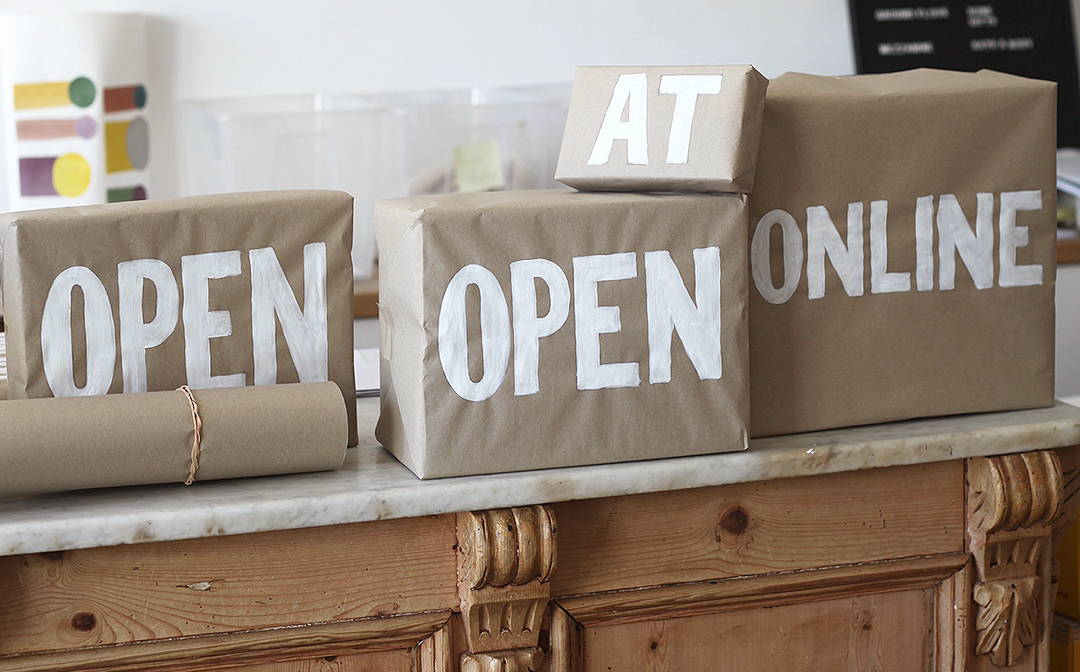 The window came from three ideas: Carriers pigeons (let’s imagine this is how our packages are delivered to your doors), our renewed interest in wildlife in this time of lockdown and a celebration of an English Spring.

A messenger pigeon (descended from the wild rock dove which has an innate homing ability) traditionally relayed messages and small parcels. Noah’s dove may have been the first columba called to service but there is a long history of the birds’ messaging assistance: from Genghis Khan in 12th century Asia to the announcement of Napoleon’s defeat at Waterloo; from Paul Reuter’s (yep, the Reuters news agency Paul Reuter) pigeon fleet delivering news in the 1860s to aerial reconnaissance in World War I.

With traffic noise much reduced and more time available for observing the natural world, there is a far greater awareness of birdlife in our gardens. Some of us will be spotting and identifying species of birds for the first time. We might also be spotting and identifying bird song for the first time. We’re loving the RSPB’s song clips of common birds 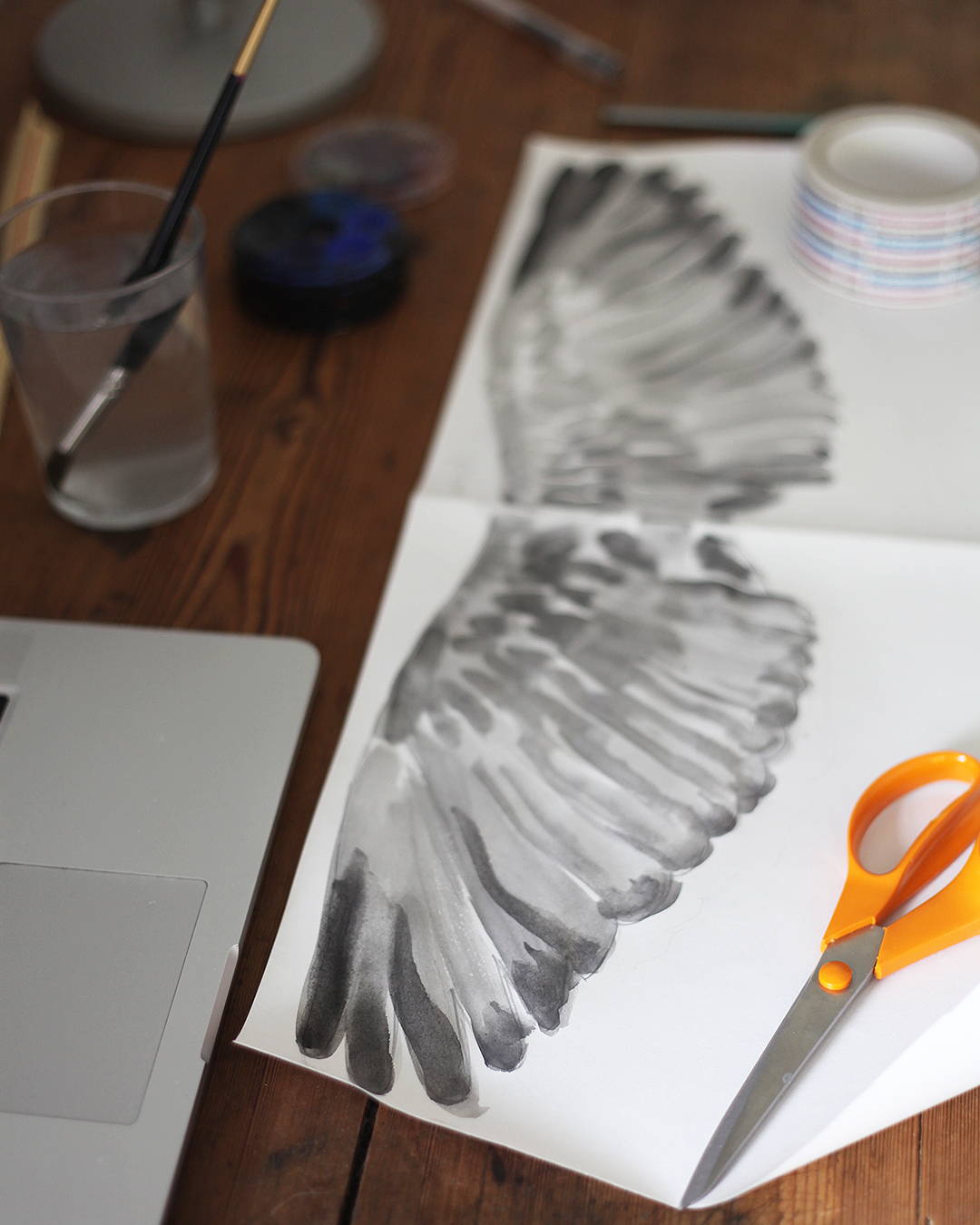 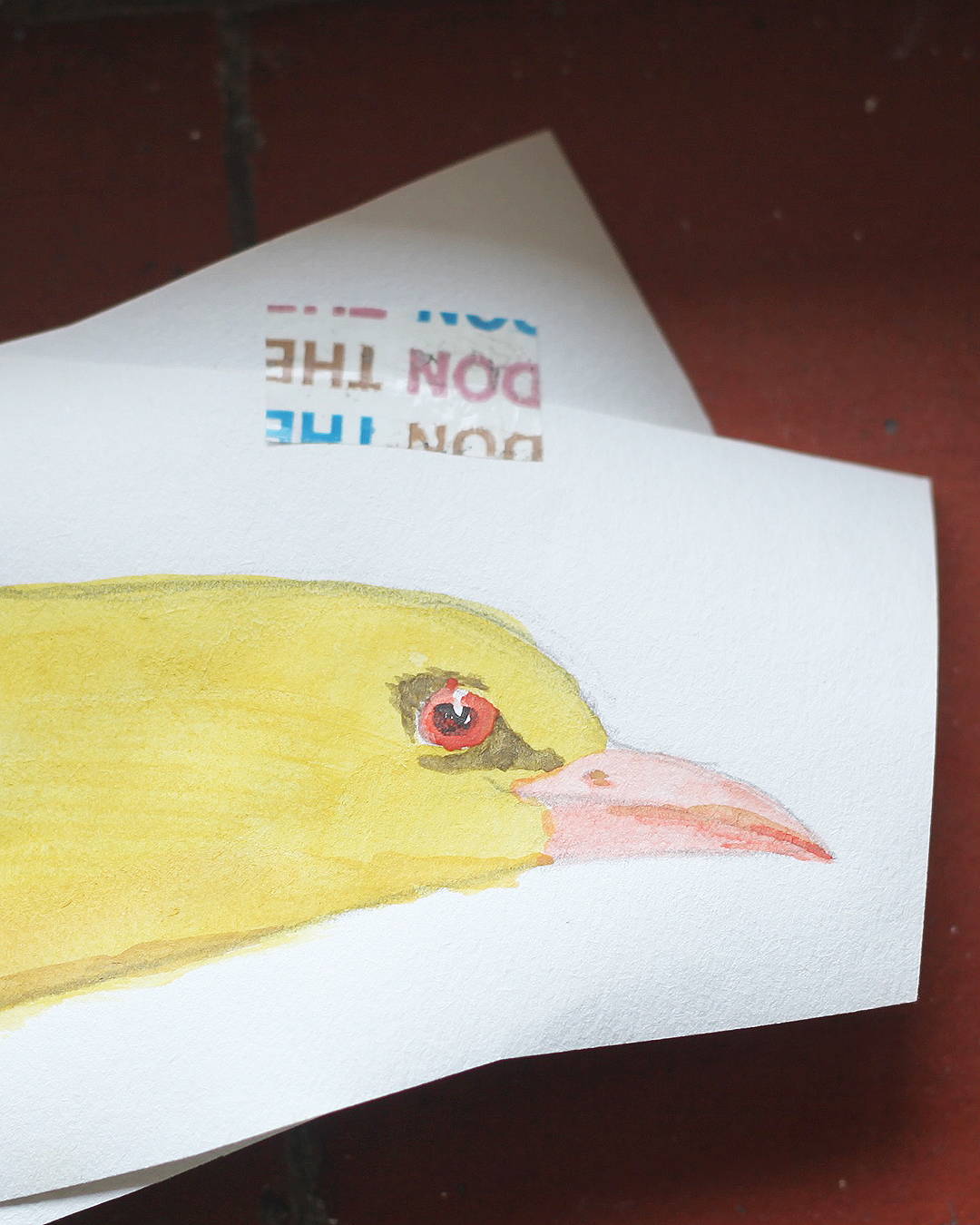 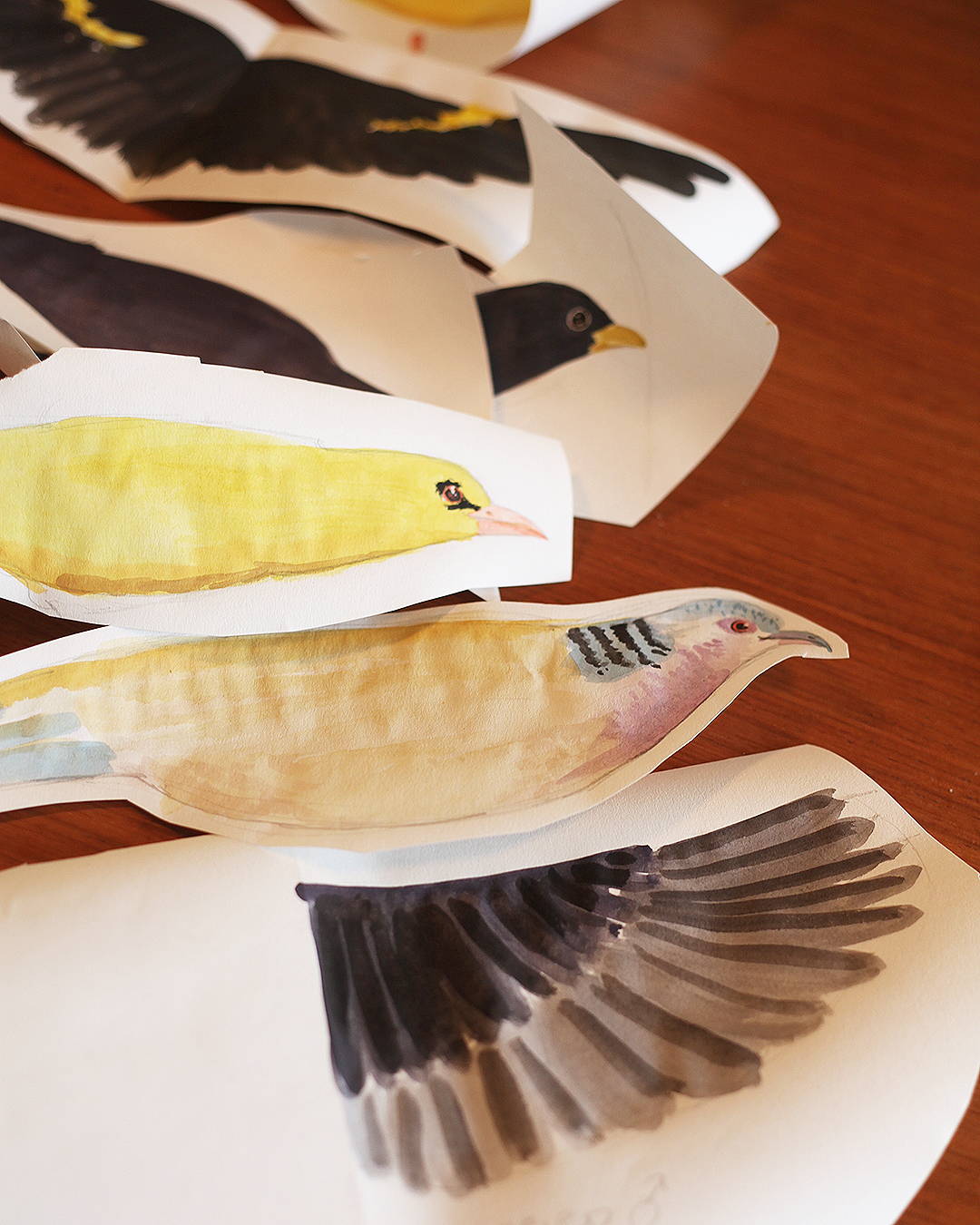 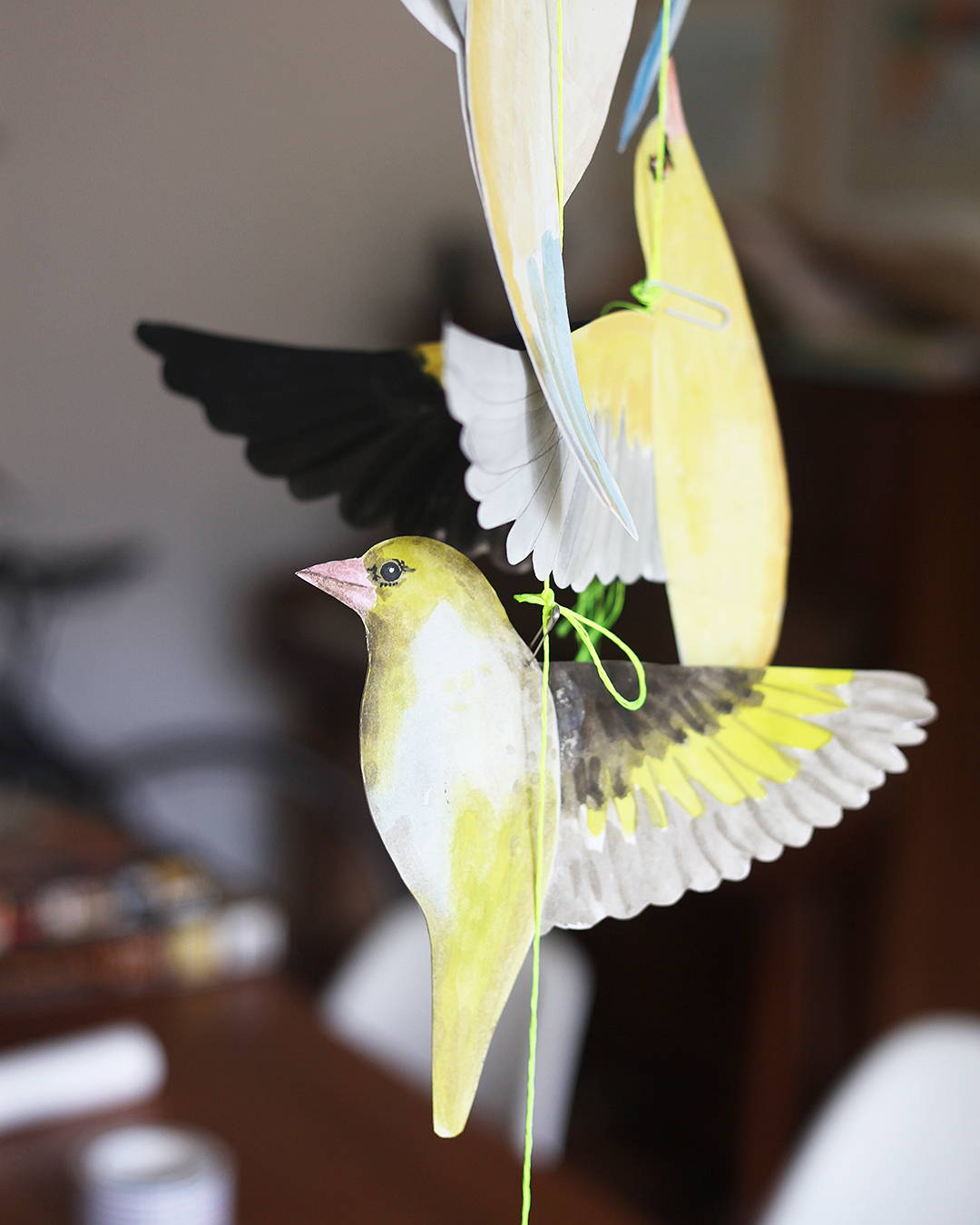 Sandy Suffield (@sandysuffield) is an actual art director and set designer (formerly at Apple, Wolff Olins and Pentagram). She is also an actual sister to Victoria and part of the extended Hambledon family. Currently locked down in Winchester we took the cheeky opportunity of pressing her and her talents into service.

Sandy has focussed on birds which are around at this time of year. And, because she is obsessed with colour, she has chosen birds for their plumage. And, because she is also quite keen on detail, she has researched the underside of the birds’ wings and what they look like in flight. Step (or flap) forward Golden Oriole (you might see this as a migrant in May or June); Green Finch (commonly seen in woodland, hedges and even town gardens); Turtle Dove (woodland edges and open land with scattered bushes); Swallow (they spend most of their time on the wing); Blackbird, male and female (you know these); Blue Tit (you know these too). 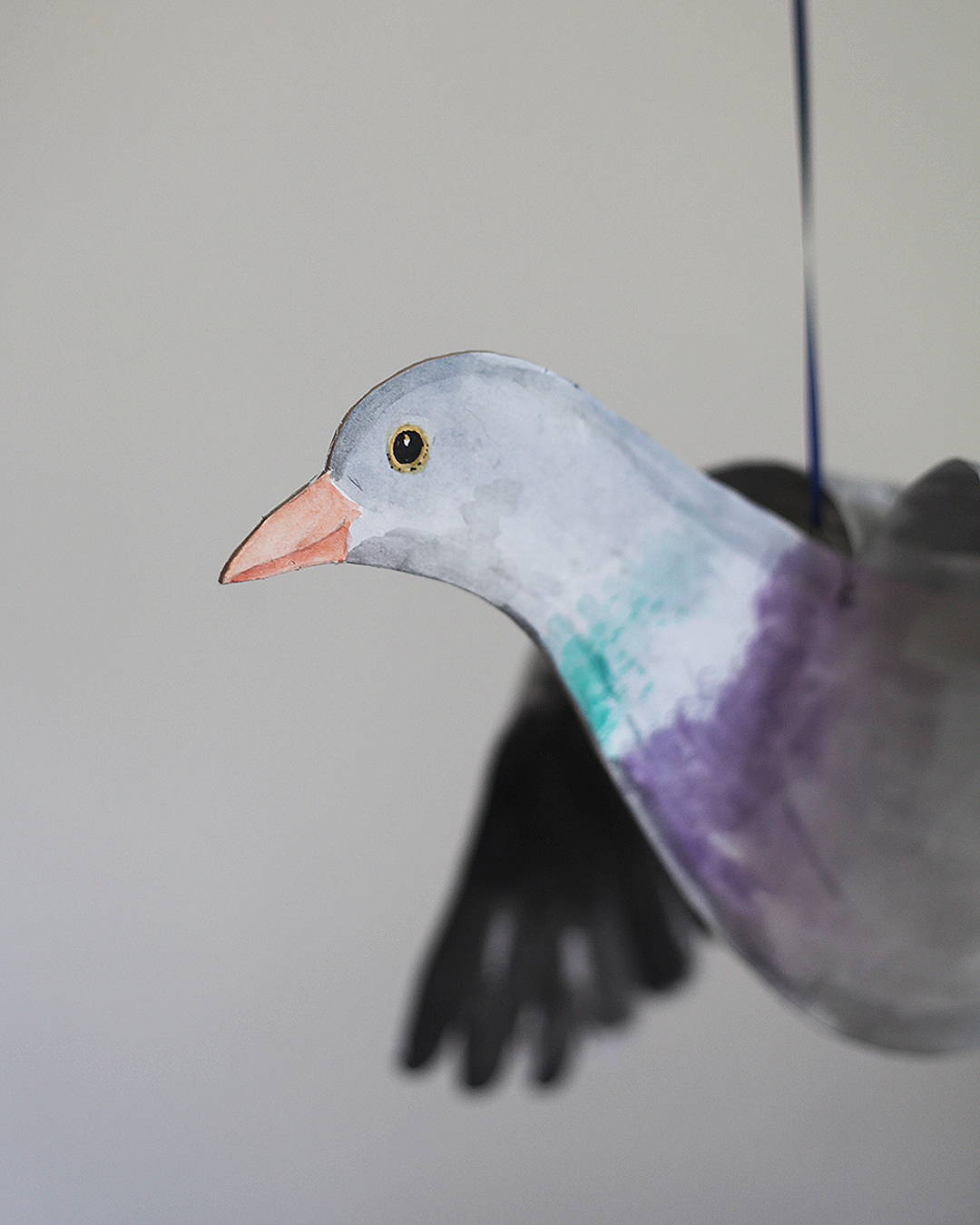 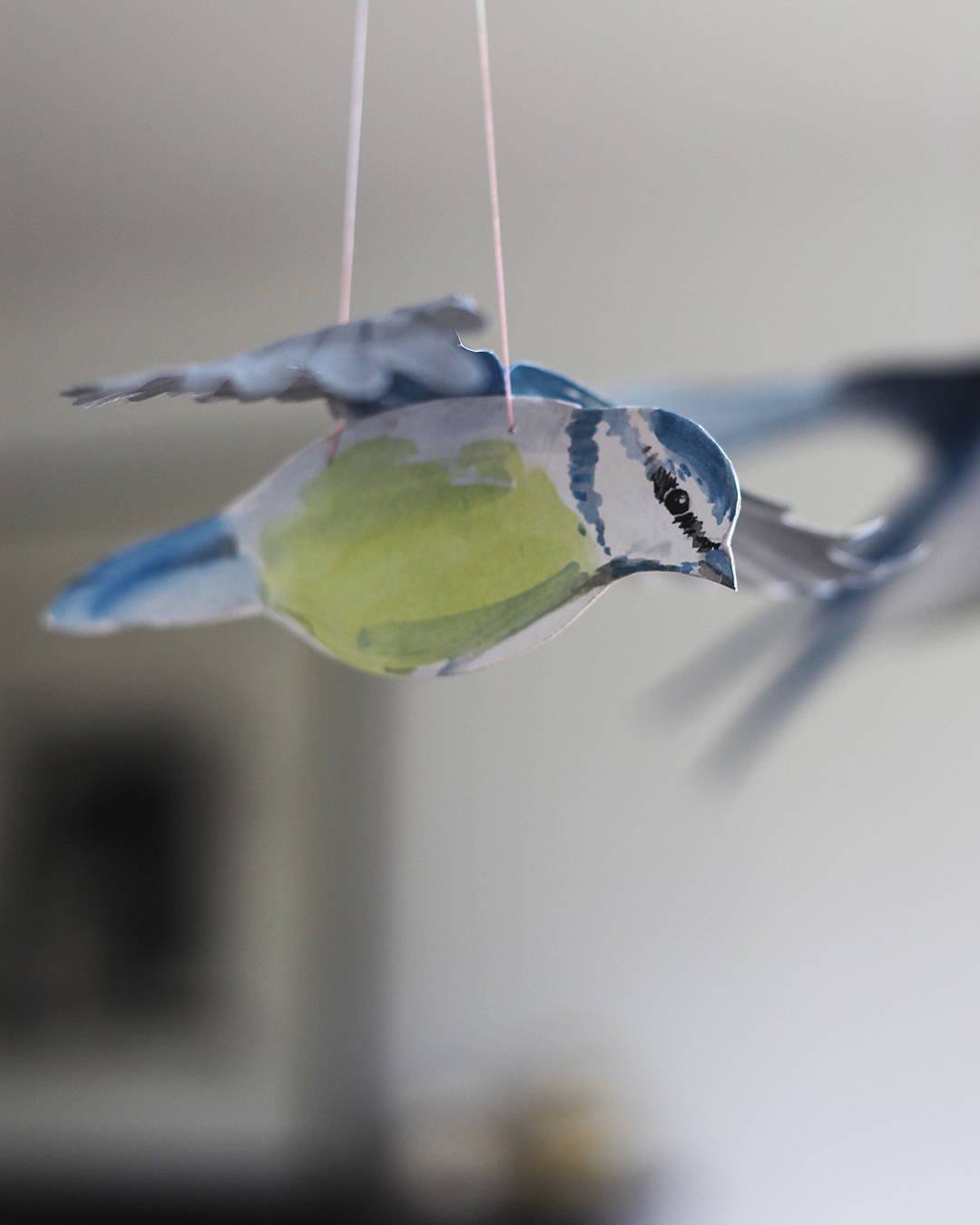 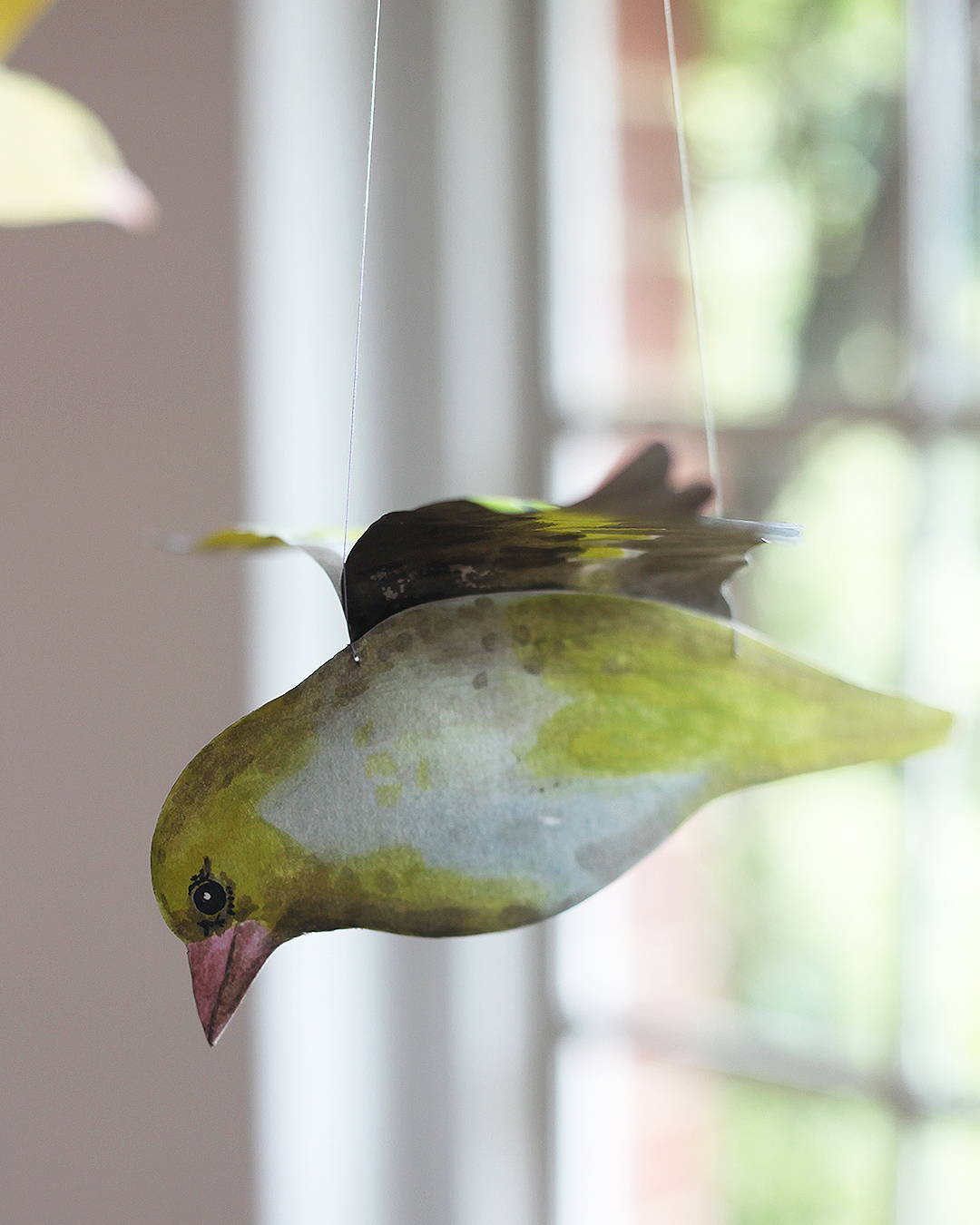 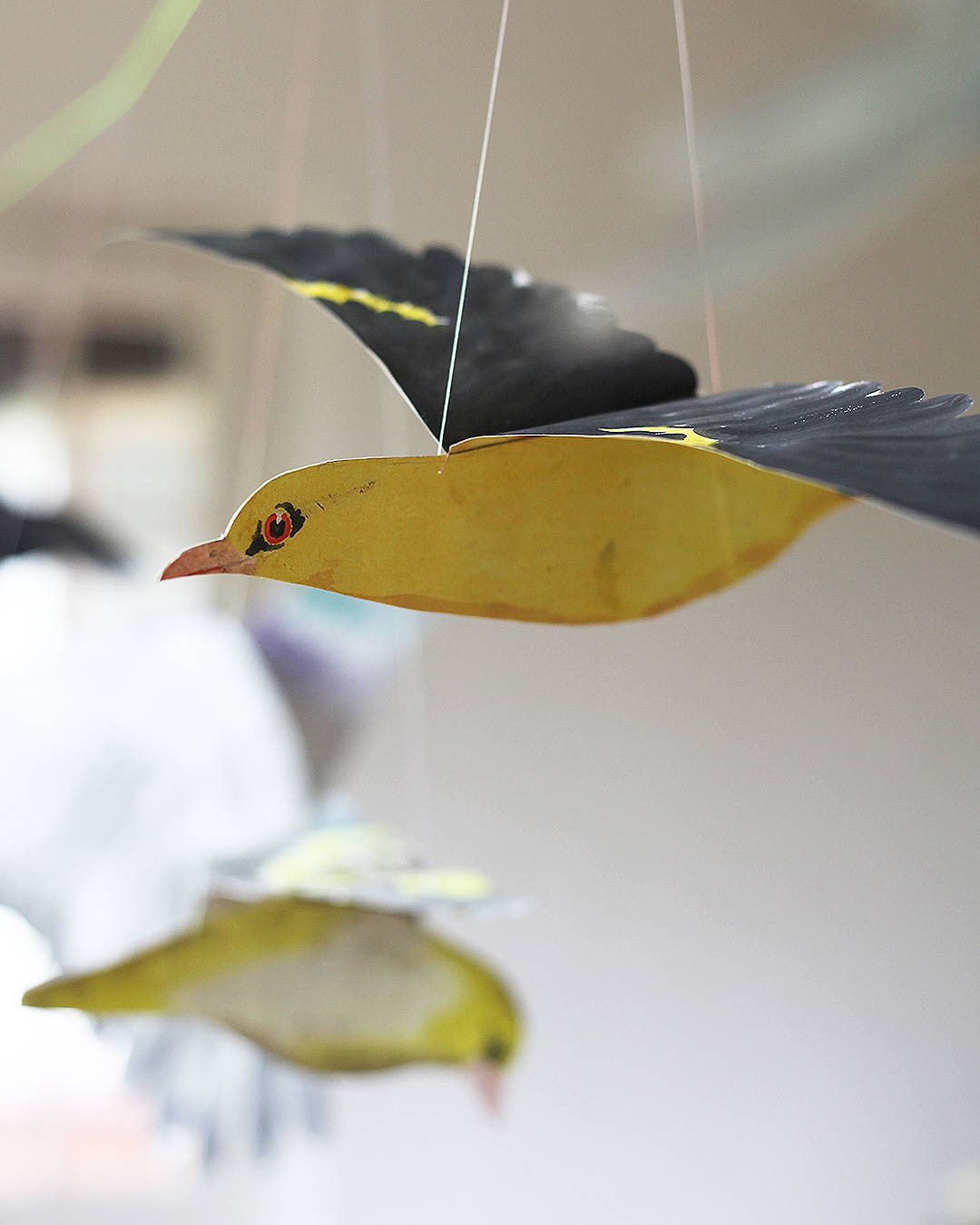 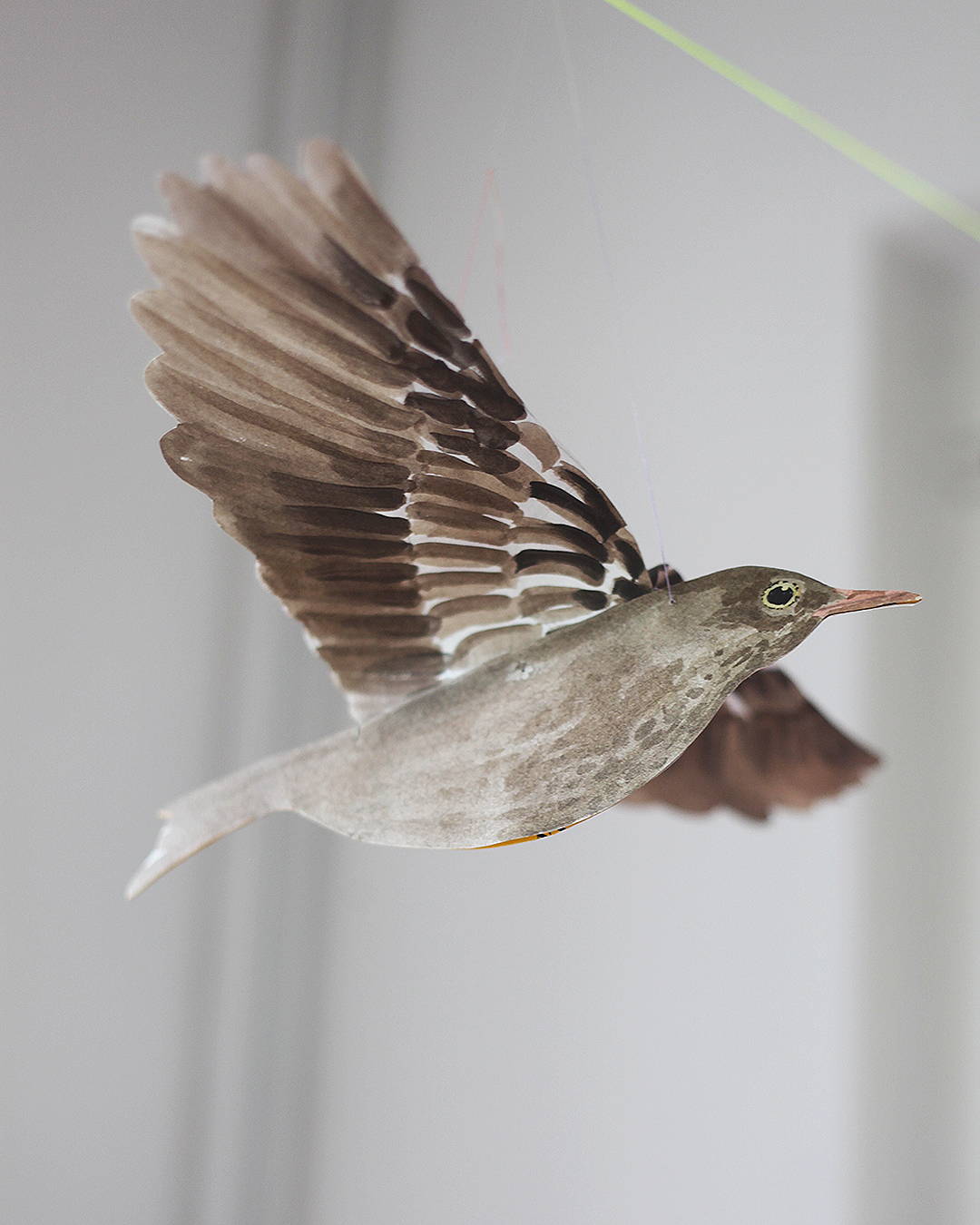 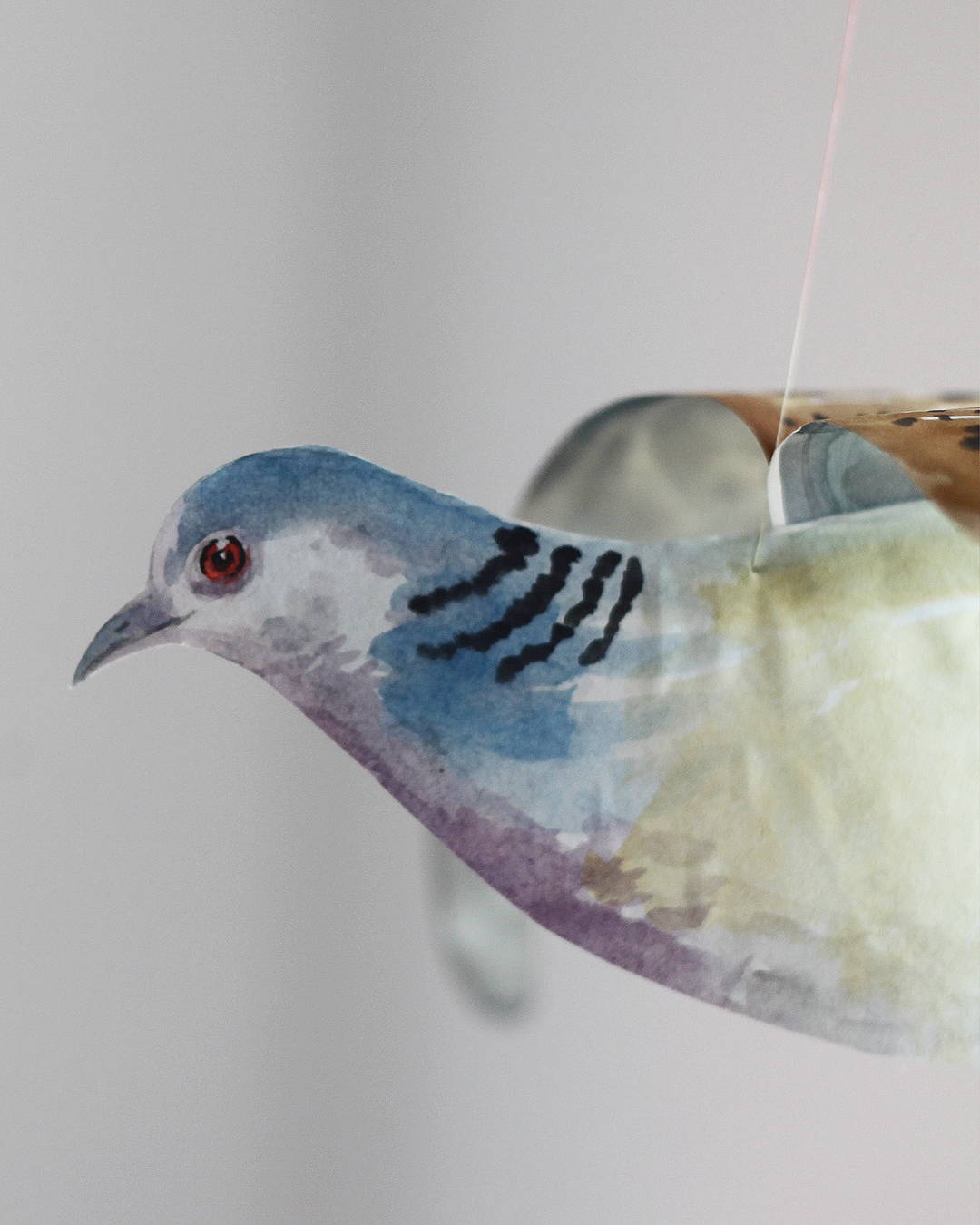 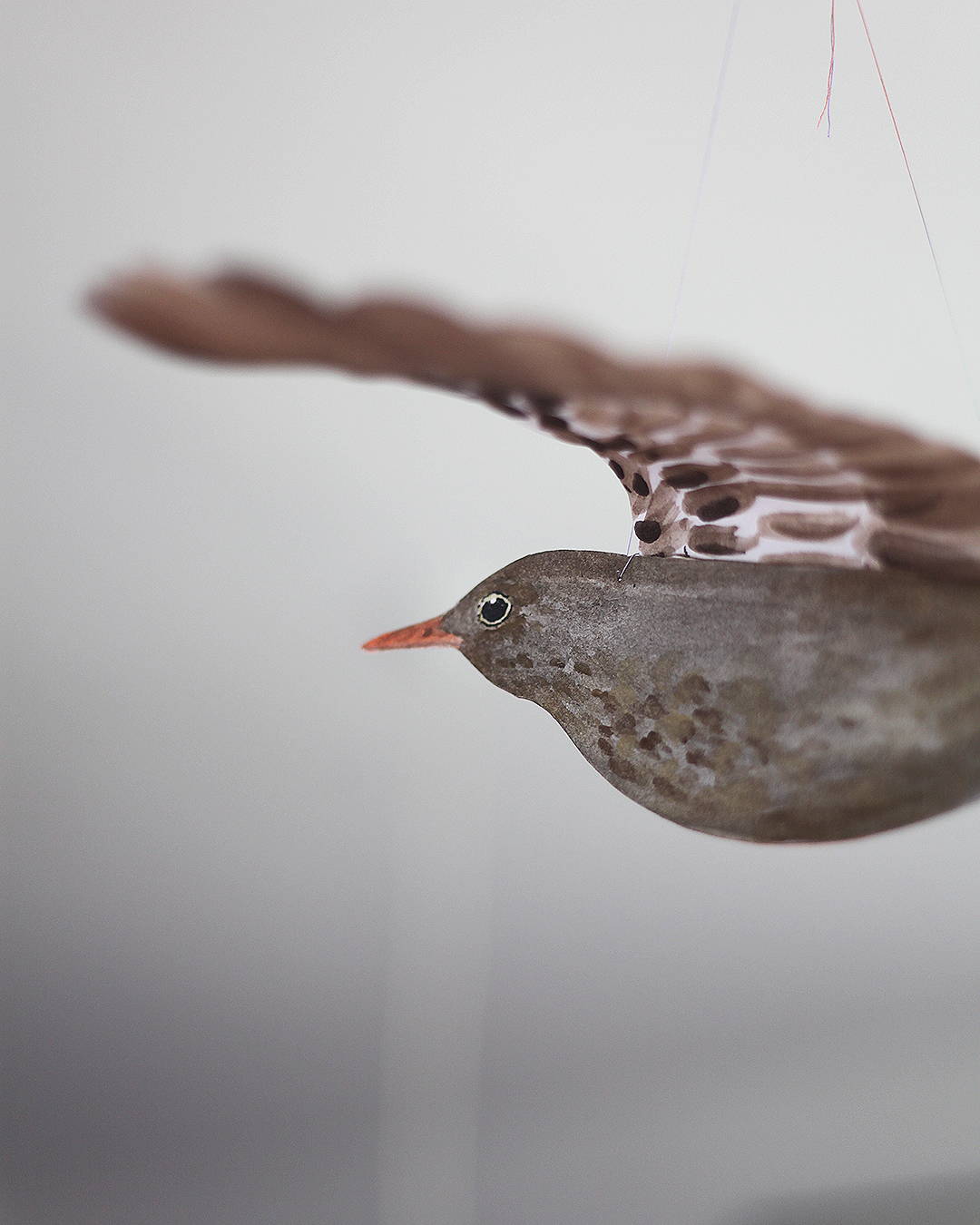 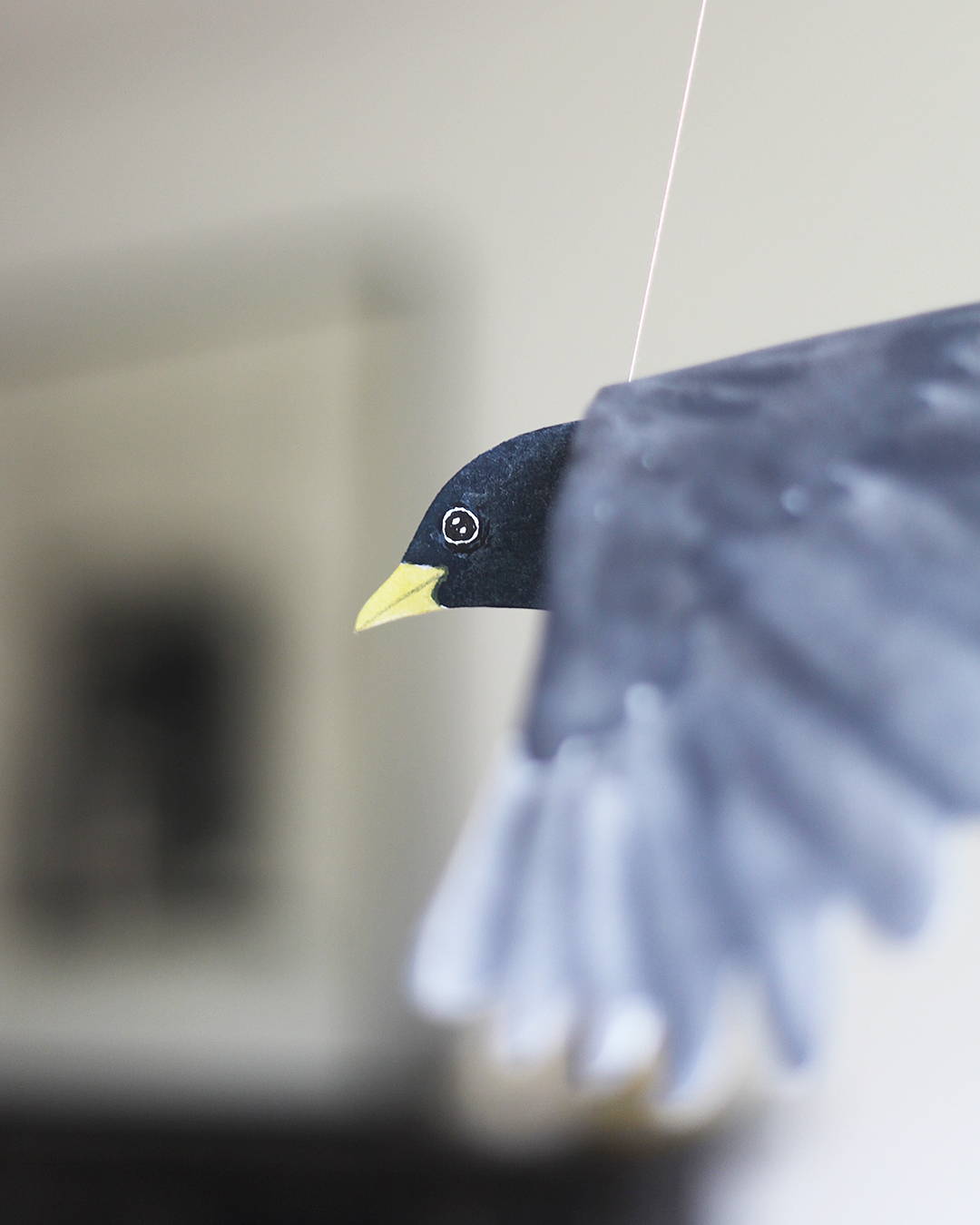 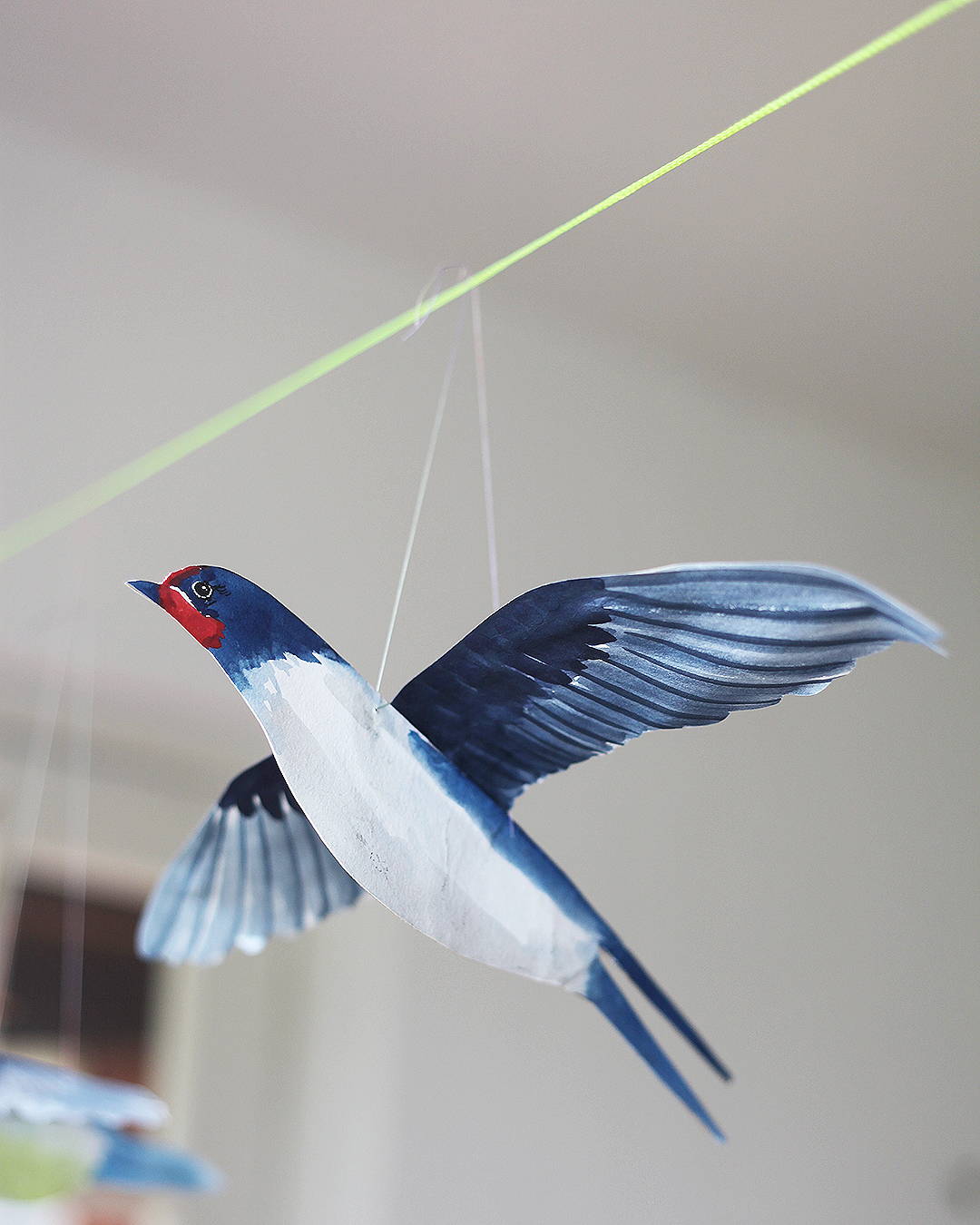 We’re pining for our Womenswear crew. We’re going to be asking Annie and Lottie to put together a look each week for the mannequin in the window. First up, Annie, who has chosen Levete Room Imola dress, Beck Sondergaard bag and Springcourt B2 trainers. Lottie is choosing next week. Rob’s mannequin man is sporting Knickerbocker Jagger Jacket, Frank Trouser and Gym Crew Fleece with SWC Varden sneakers. 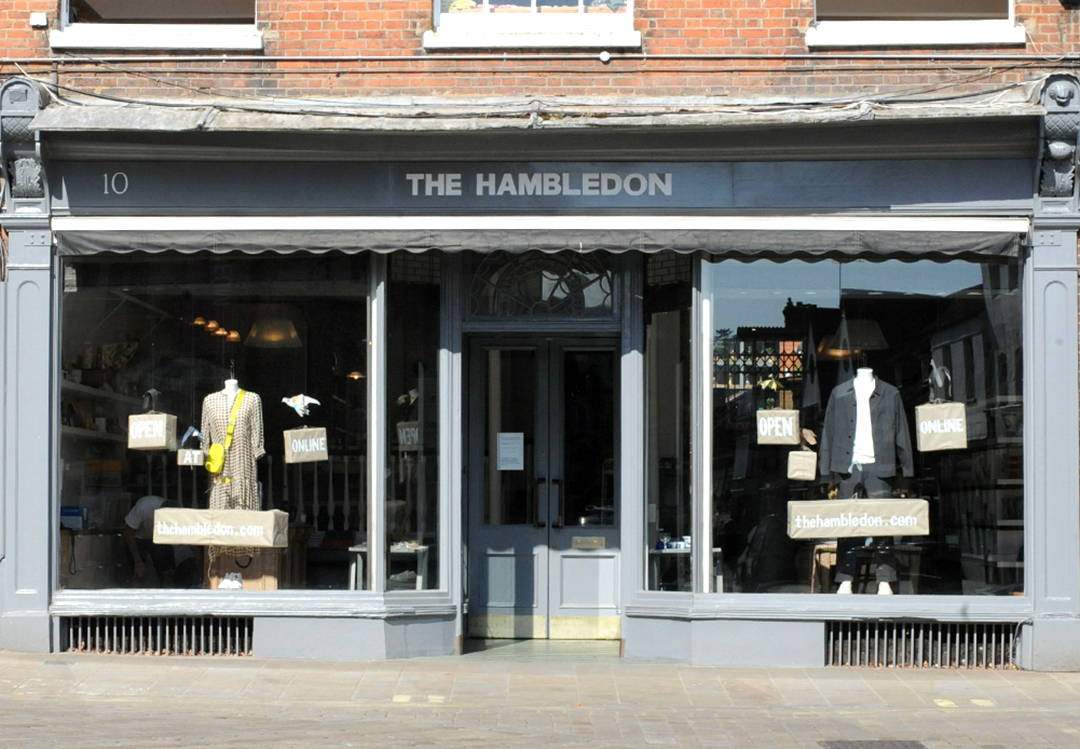 Check out the birds in your garden or local park. Check out thehambledon.com (some SS20 fashion is now 25% off). All your orders will be despatched by our very own fleet of carrier pigeons. Watch out for the pecking at your door.

Shop at The Hambledon! ► 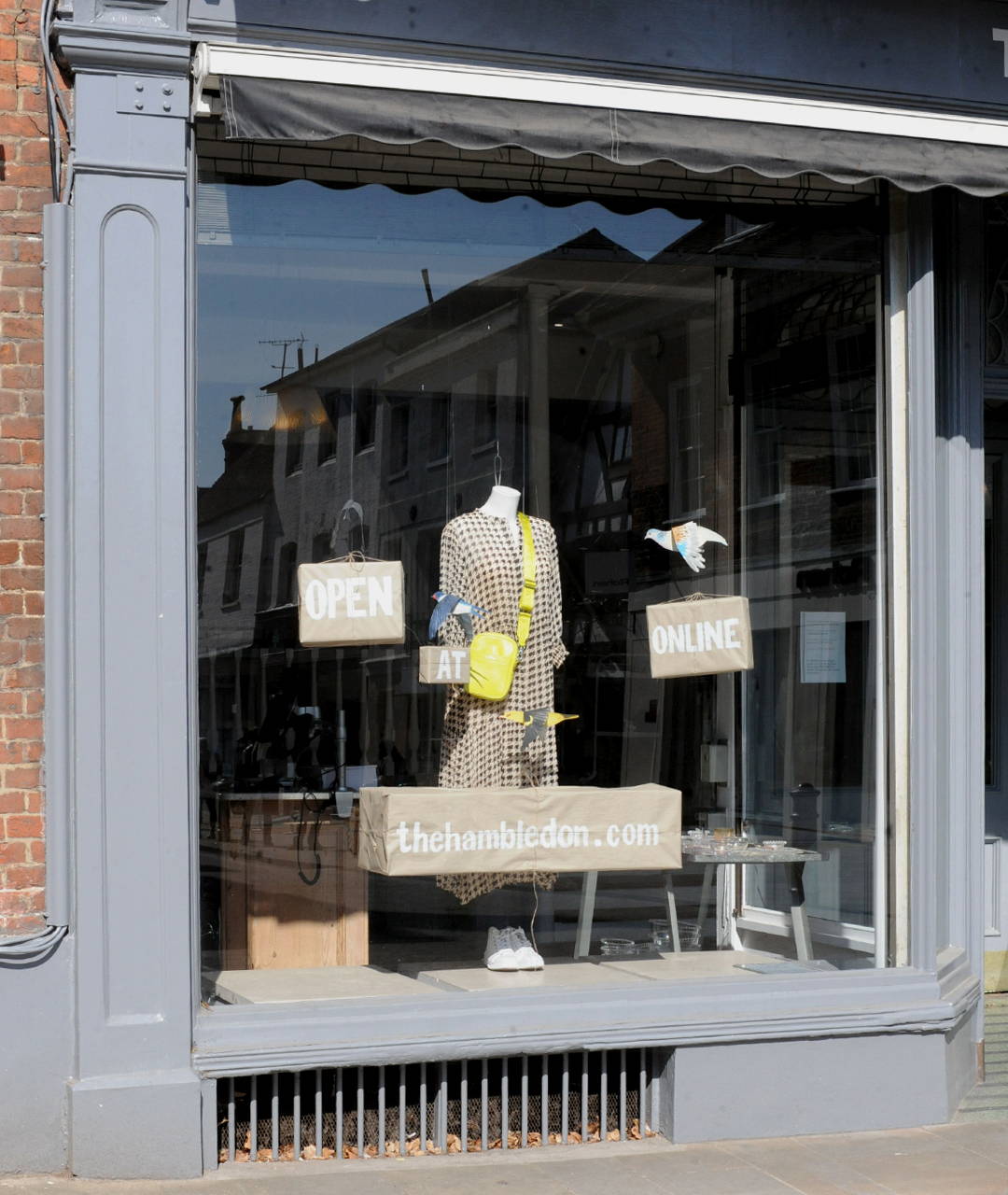