Ash and Lorraine are the glamorous, talented and super nice real life couple behind womenswear fave, Pyrus. They kindly took some time to give us the low down on their beautiful brand. 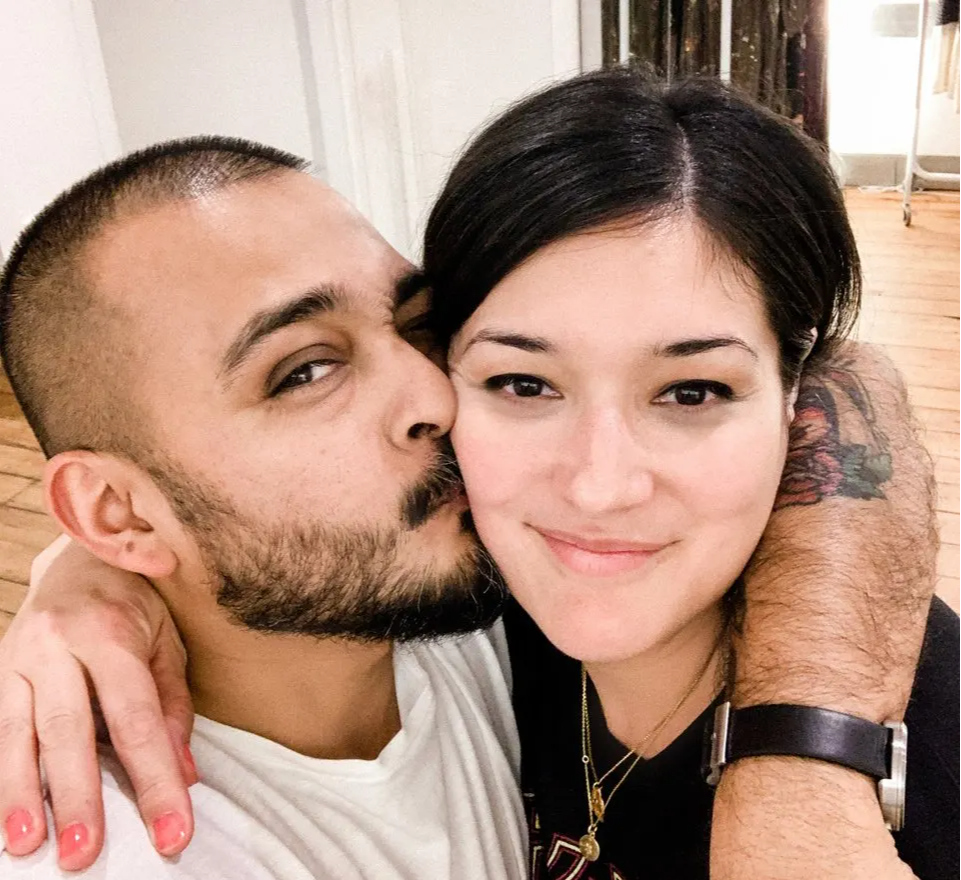 The lockdown is something of an elephant in the room. How are you coping at this strange time?

In these crazy times, family and the people we love have been what keeps us going! The lock down has been a monumental challenge for us both in terms of its effects on the way we live our lives and its impact on our industry. Akin to the seven stages of grief, we feel we have finally found a rhythm to the new way of living. The best bit of the lockdown has been spending quality time with our children. I think the happiest living things in this lockdown have been our dogs: Jasper and Daisy, the miniature dachshunds! They love the fact that the whole family is with them all the time.

We’re excited about this collection. Can you tell us about the inspiration?

Each Pyrus collection is defined by its prints and this collection was inspired by iridescence. The idea came when Ash saw some iridescent wrapping paper our daughter was playing with on a lazy Sunday afternoon. He then developed a technique to create this effect by hand colouring and digitally masking this to create multi coloured layers within prints using a cornucopia of acidic tones and hues. Prints like the Tigers are a great example of this.

You’re a real life couple, talk about the division of labour in your professional roles.

Both of us met in the late 90’s and have been inseparable since. Over the years we have realised that division of workload is the key to a successful partnership. The other key factor is leaving work at the studio. 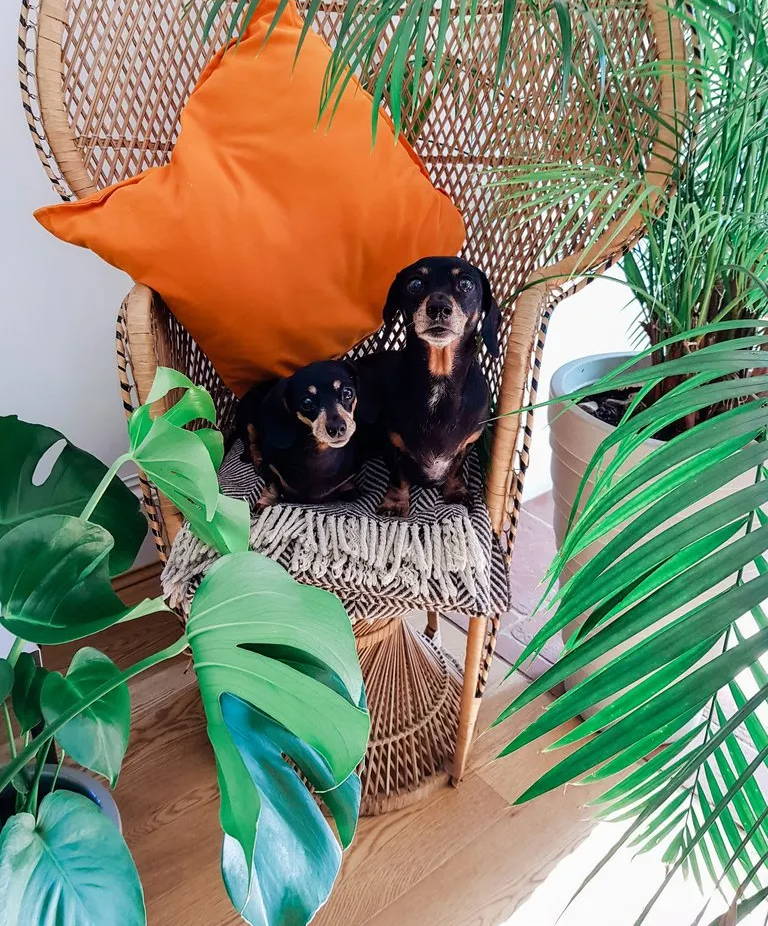 Lorraine designs all our shapes, manages production and finances. Ash makes all the prints, is our main photographer for all our imagery and manages the accounts. We do critique each other's work and this is the hardest bit as we can be brutally honest with each other. It has been an important part of our relationship as our aesthetics, design philosophy and risk strategies are very different. The melding of the two diametric viewpoints is what, we would like to think, has meant that we have been able to work together for almost 18 years.

How and when did you start Pyrus? What are your backgrounds?

We started working together in 2003 offering large highstreet brands print forecasting services, and a full design and production service. At the time we were working two jobs to make ends meet and had no idea if this would pan out. However, the venture was successful and in 2005 we launched PYRUS. The brand was snapped up by a Japanese distributor in its first season and by a UK sales agency in the following season, opening with accounts like Selfridges, Beams and United Arrows. This was how the brand launched.

Lorraine was a model in her 20’s and used to work in sales for Dunhill Menswear. Ash used to be a studio musician making music for TV and advertising, in addition to touring with his band. We both studied fashion together at the London College of Fashion which is where we met. 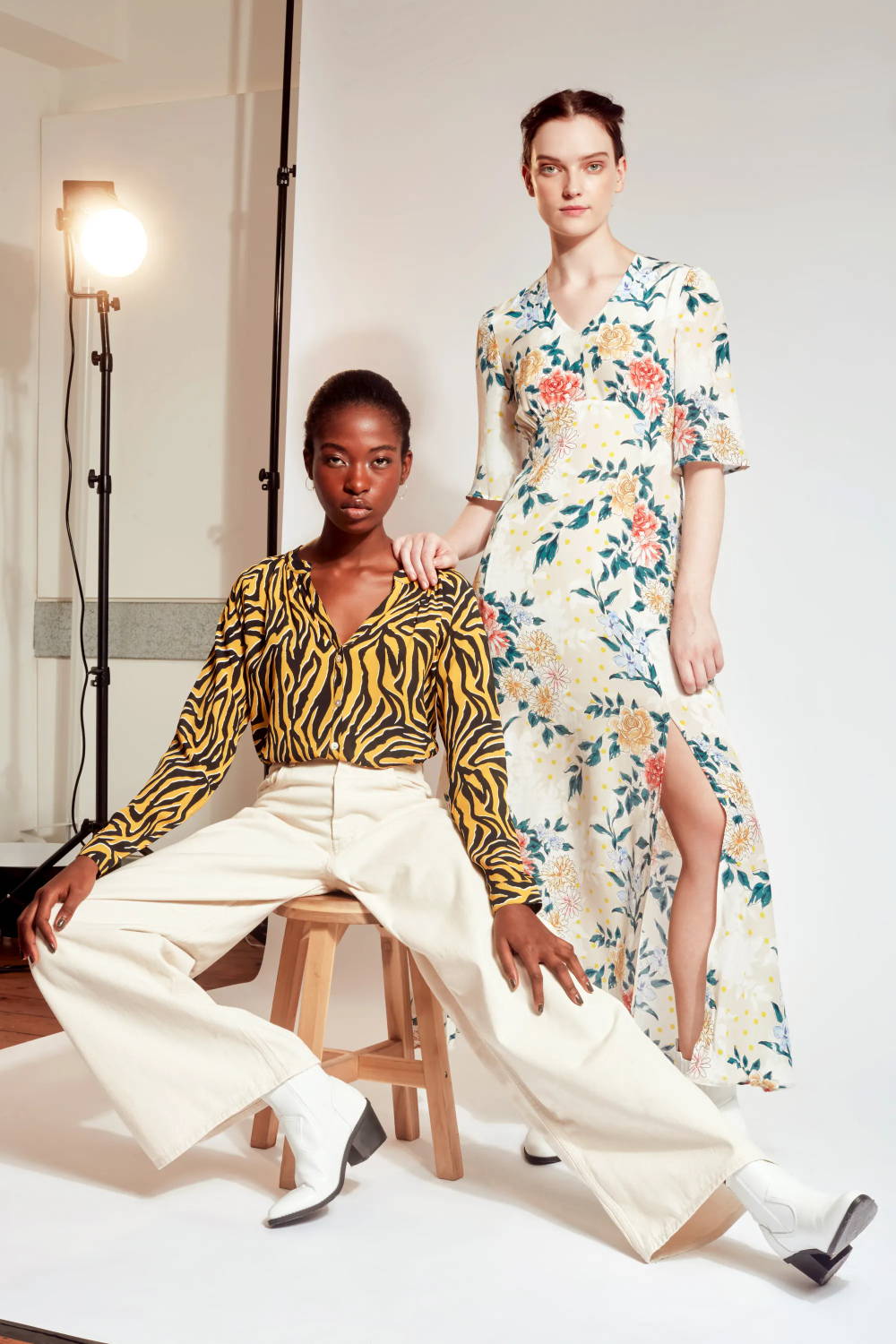 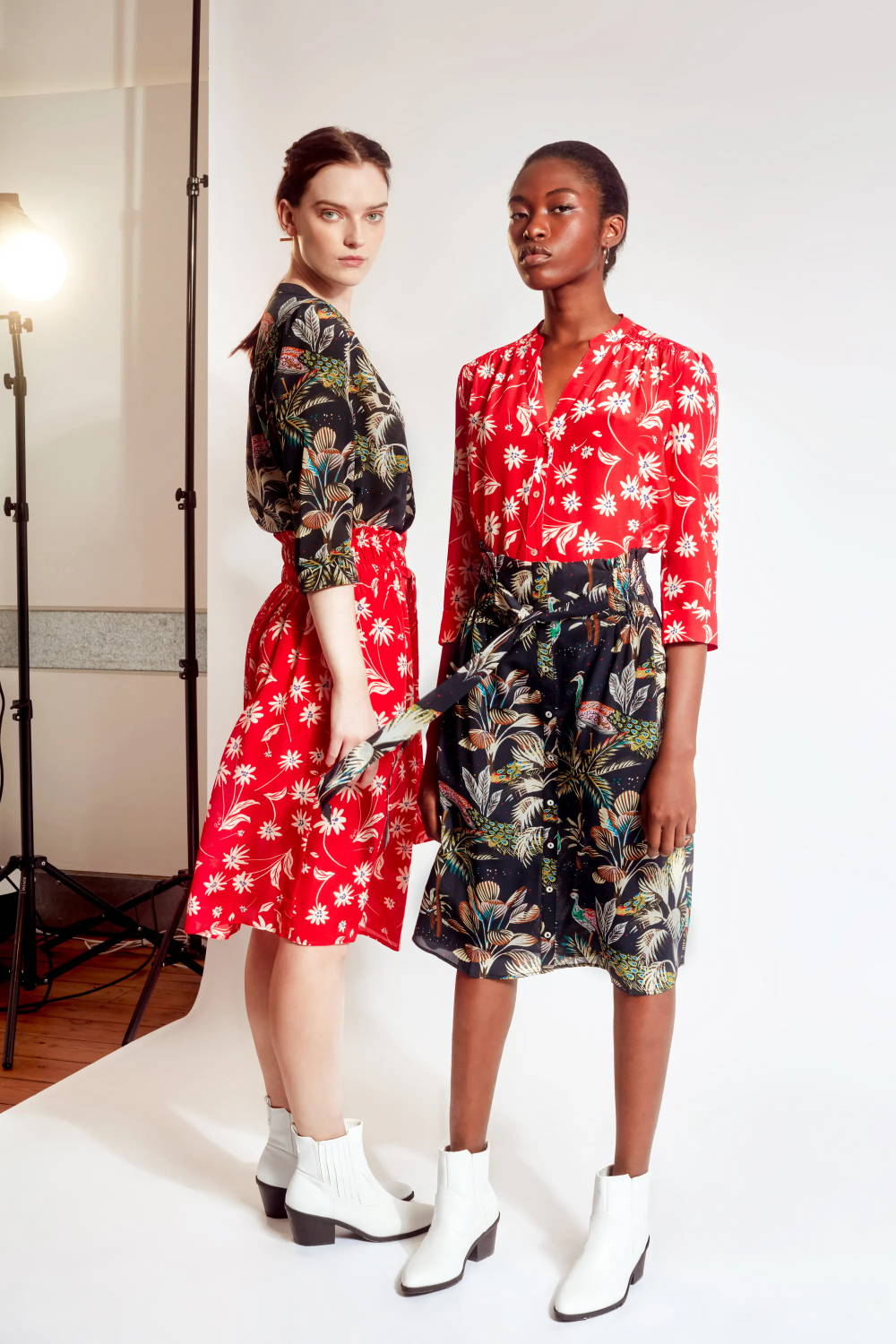 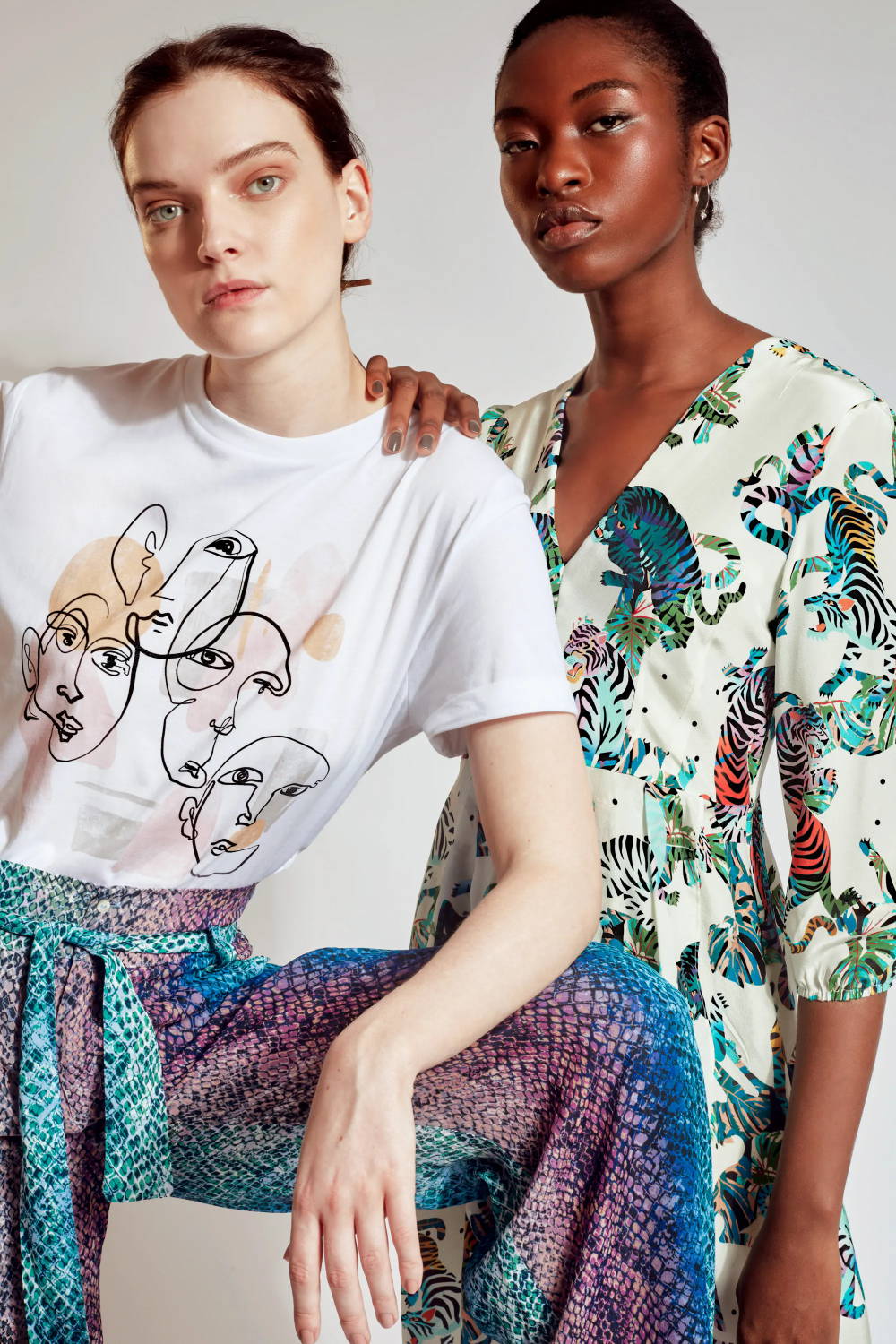 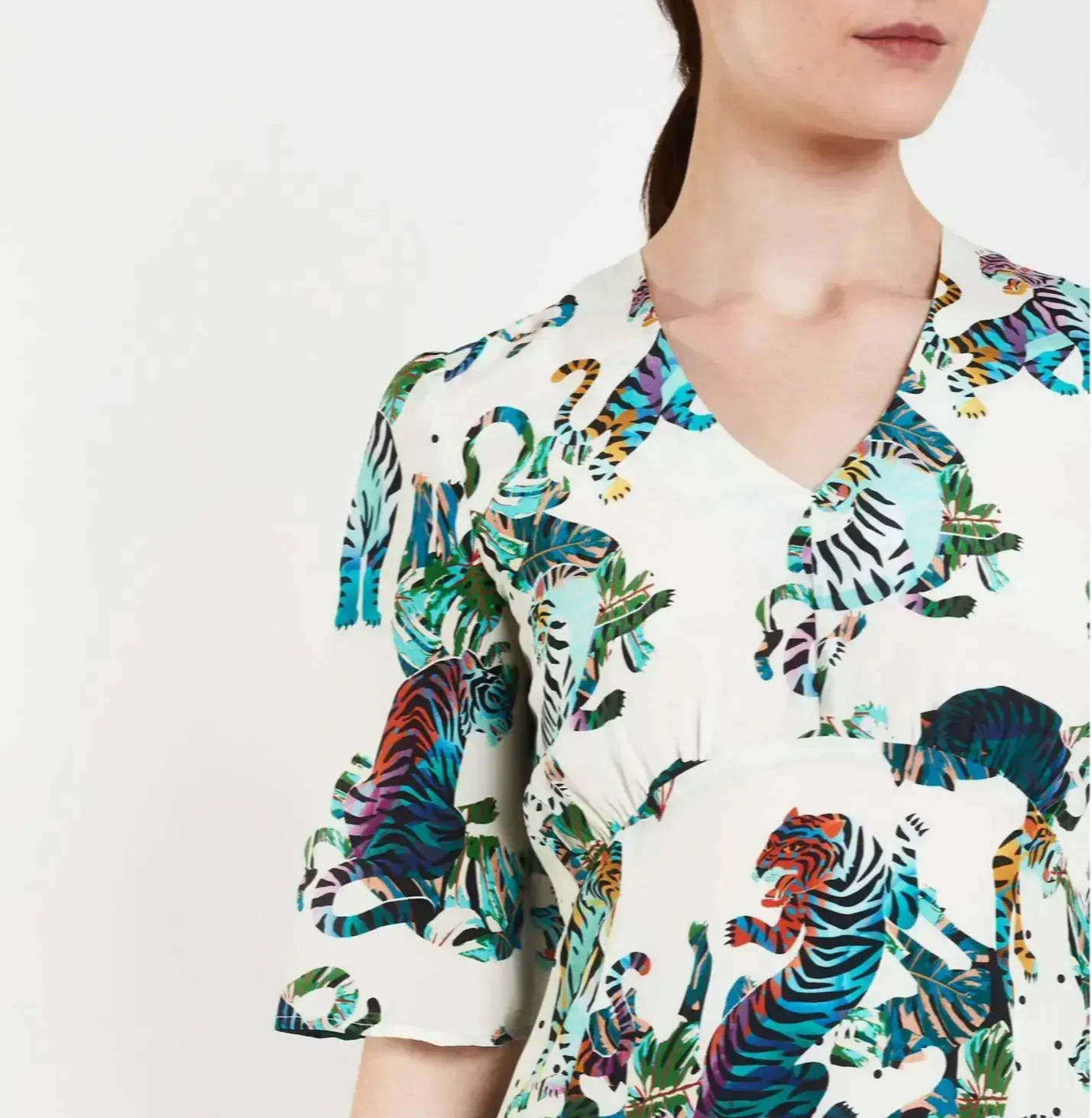 Where is Pyrus based usually? And where are you working at the moment?

We have been based in Shoreditch all our careers. Our home is located in Greenwich and is the last bastion of London before you reach Kent. We are currently working from home. This has been amazing as there is plenty of outdoor space for us to enjoy the sunny days.

Who do you imagine wearing Pyrus? Do you have an ideal customer in mind?

We design Pyrus to be worn by women of all ages and try to always imagine a use case for the clothes. Whether it be for work, the school drop off or an evening event - we want to make sure our women feel comfortable and confident in their Pyrus piece. In our opinion clothes need to fit into our lives and make us feel happy. Our greatest compliment is when a customer comes up to us and tells us about, ‘that eight year old blouse’ that they still have in their wardrobe and still wear.

Who would you be most thrilled to see wearing Pyrus?

Who is Team Pyrus?

Pyrus is a small team and we are like family. At our core we are Lorraine, Ash and Patricia with a support structure of two dogs Jasper and Daisy who are always there to greet people at our office.

Is there such a thing as a typical day in the office?

We always wear different hats and everyday is unique. That is what we love about running a small independent brand. We are free to do what we want and there is always a new existential crisis looming everyday on the horizon for us. 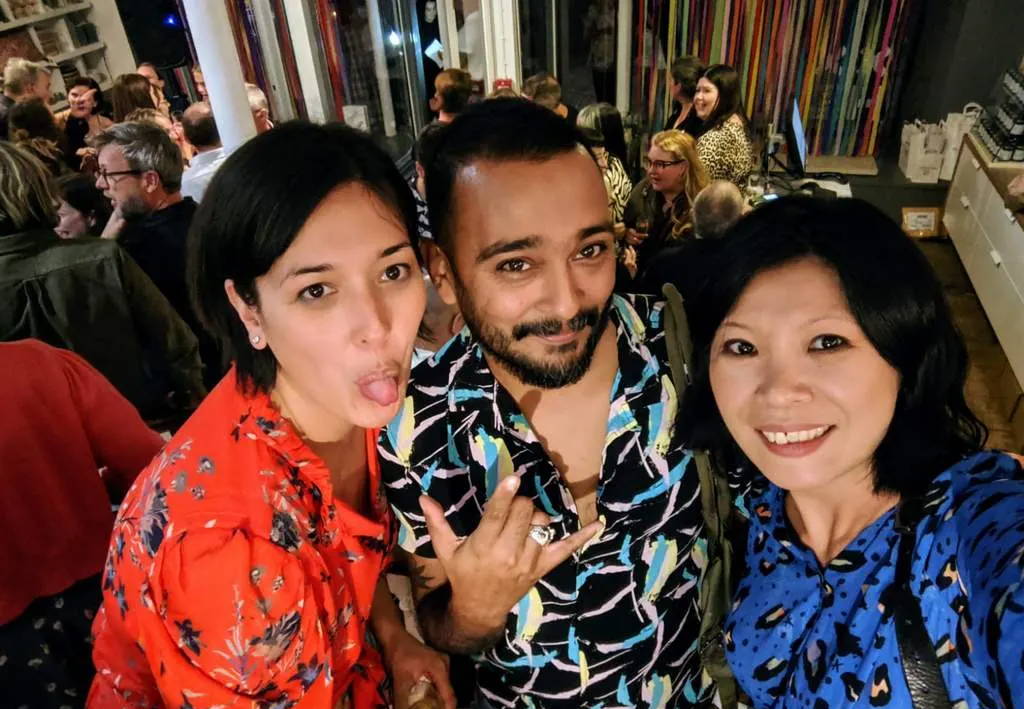 The Pyrus team at The Hambledon's 20th Birthday Party 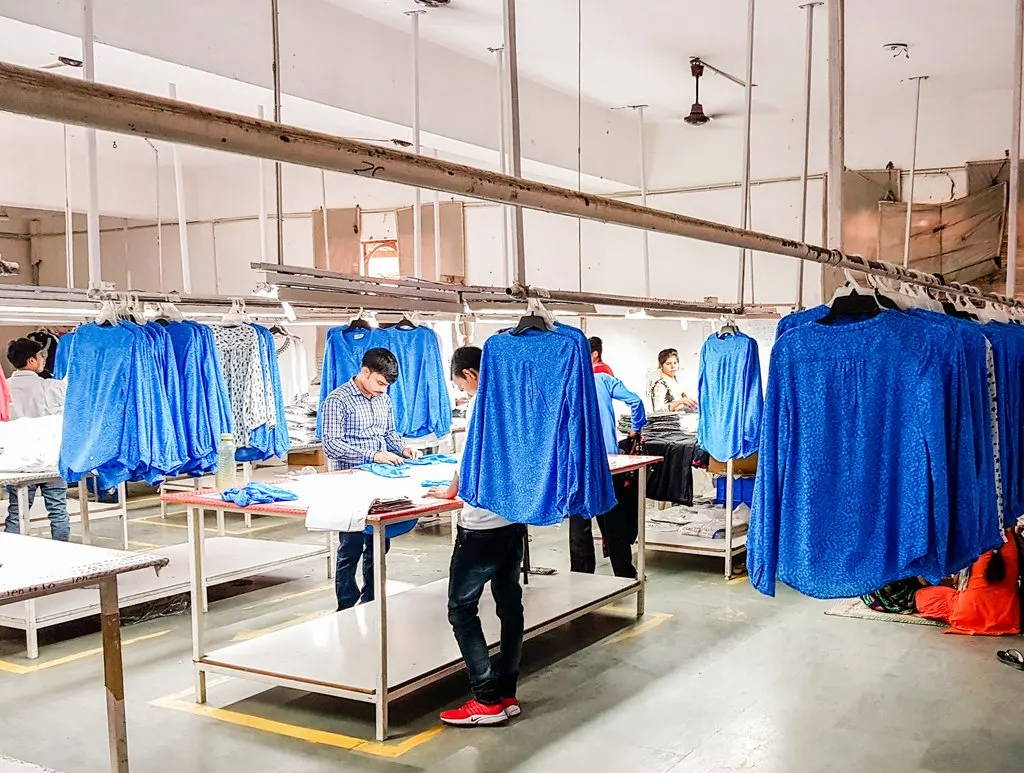 Where is the collection made?

The collections are produced in the UK, China and India. We personally know all our suppliers and have even helped setup one of our factories. The teams who manufacture our products are our extended family and it is a great feeling to visit them whenever we visit these countries.

Sustainability is now a real consideration for consumers, could you tell us a bit about your approach?

Fast Fashion contributes the most to pollution. 60% of all fashion waste comes from garments that have been discarded by consumers. We here at Pyrus believe that a product should be made to last and cherished over years. We know that many of the people that buy Pyrus still have garments from over ten years ago.

In addition we are working on making our packaging sustainable and are introducing a drive to let our retailers send us back packaging to recycle.

Who or what makes your day(s) better?

Alcohol… just kidding! Our office dogs always help make our days better at Pyrus. It's hard not to smile when a ball is dropped at your feet mid way through the day.

Learn a new skill, complete that project that needed to be done, paint, draw and enjoy each moment. Life is precious and if this crisis has taught us anything it’s that the ones we love are the most important thing in life; everything else is just a construct of our making. They are what life is for, so cherish them and spend time with them.

Once this is all over, any plans?

Huge gin and tonic, sunshine and a wave! However, we do expect this will probably happen in the distant future. 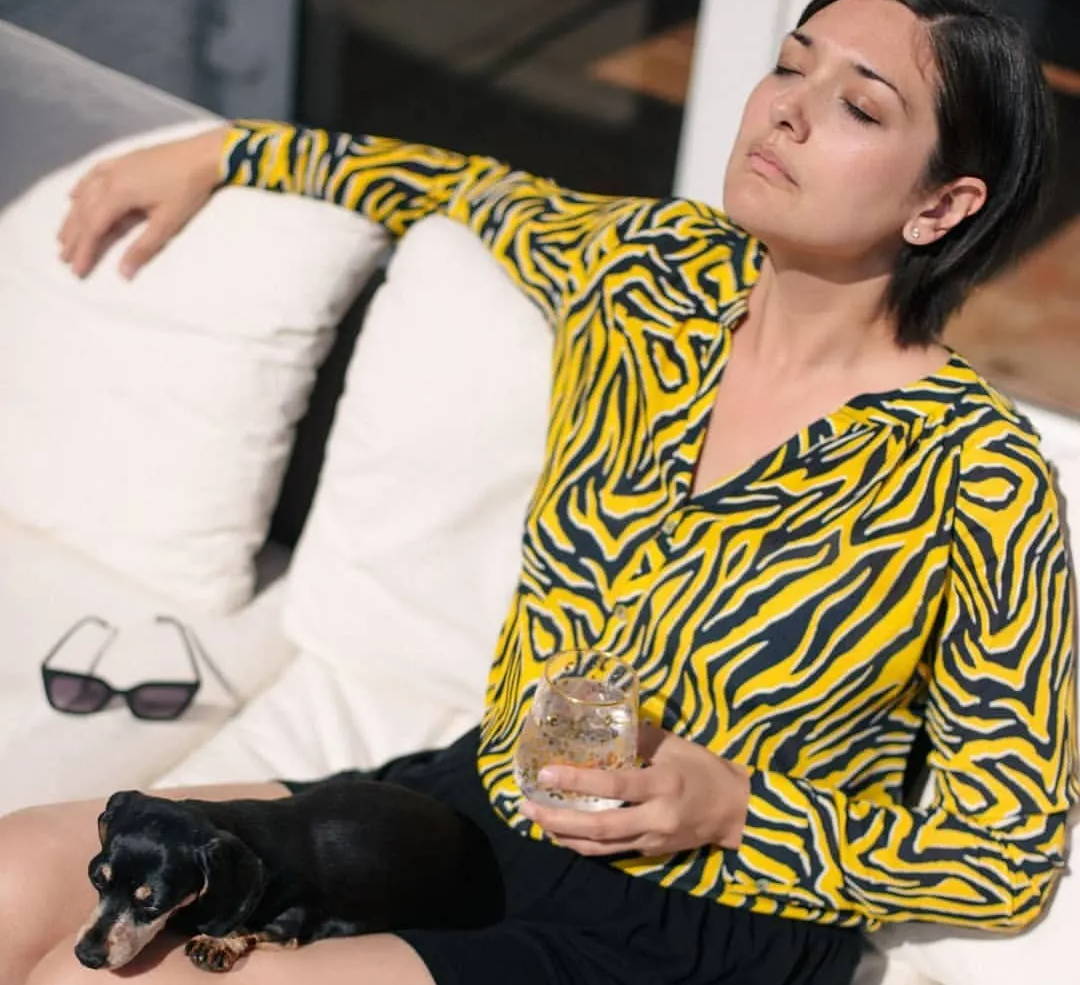 See all the latest Pyrus arrivals via the link below. 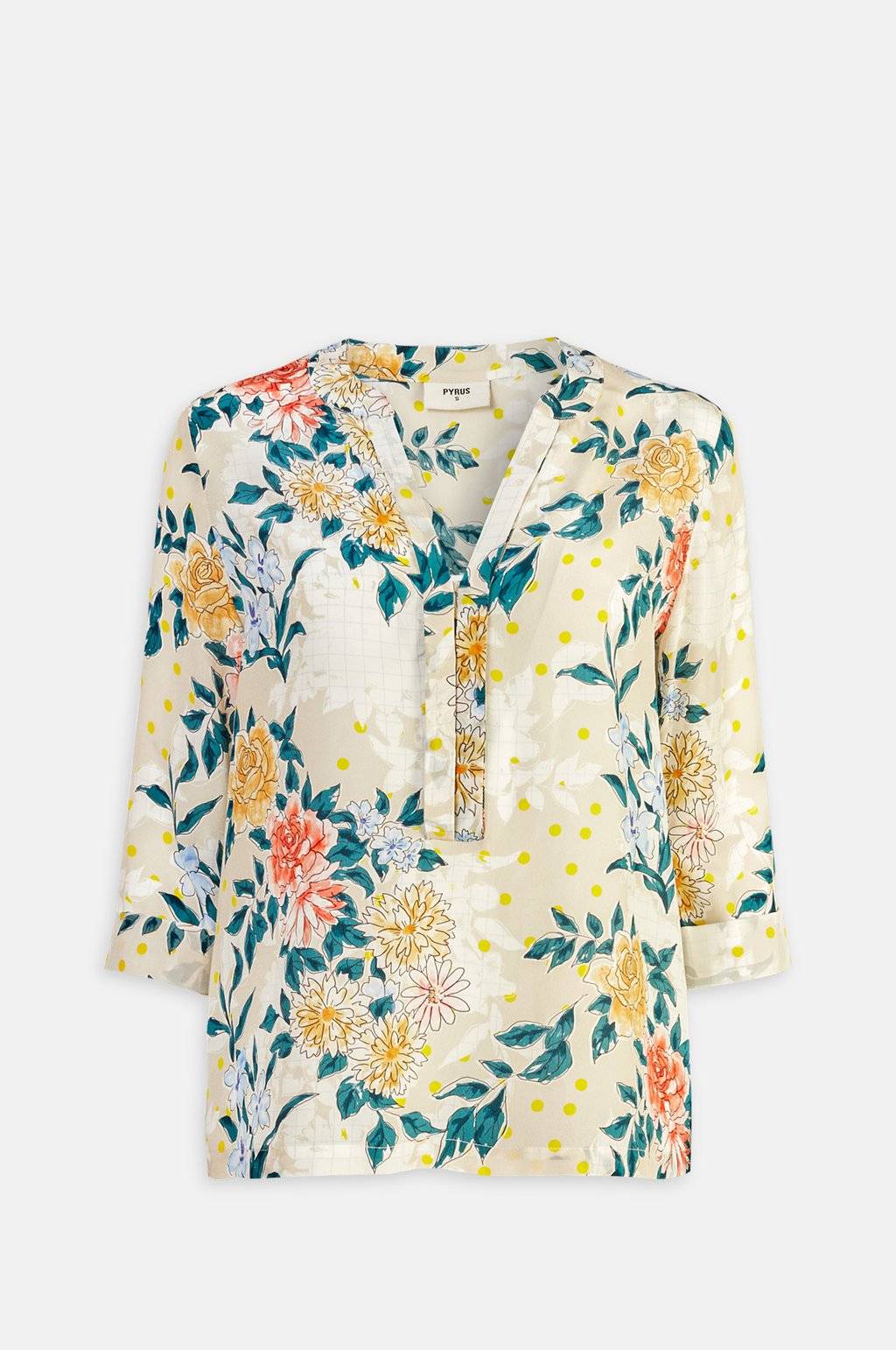 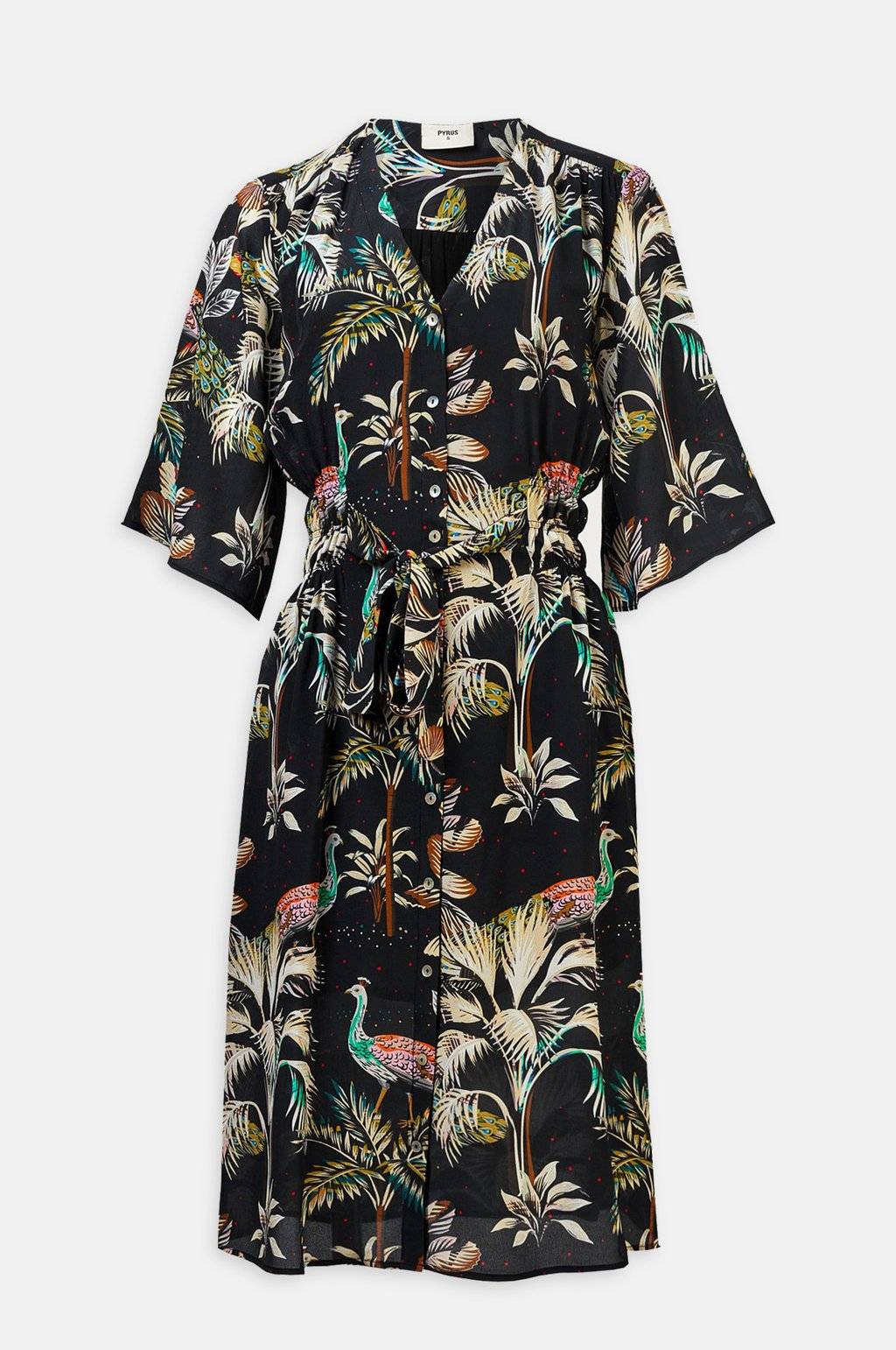 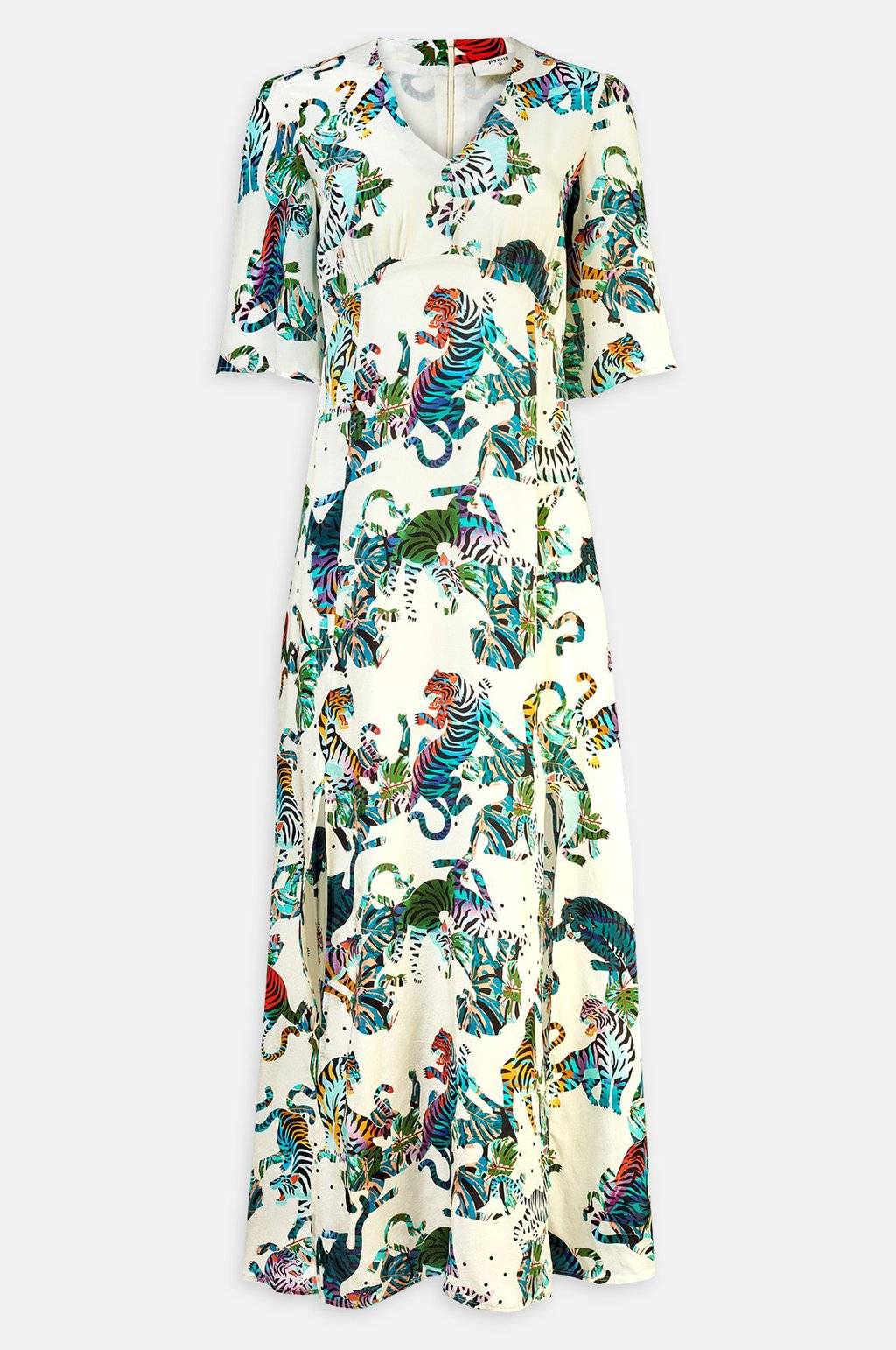 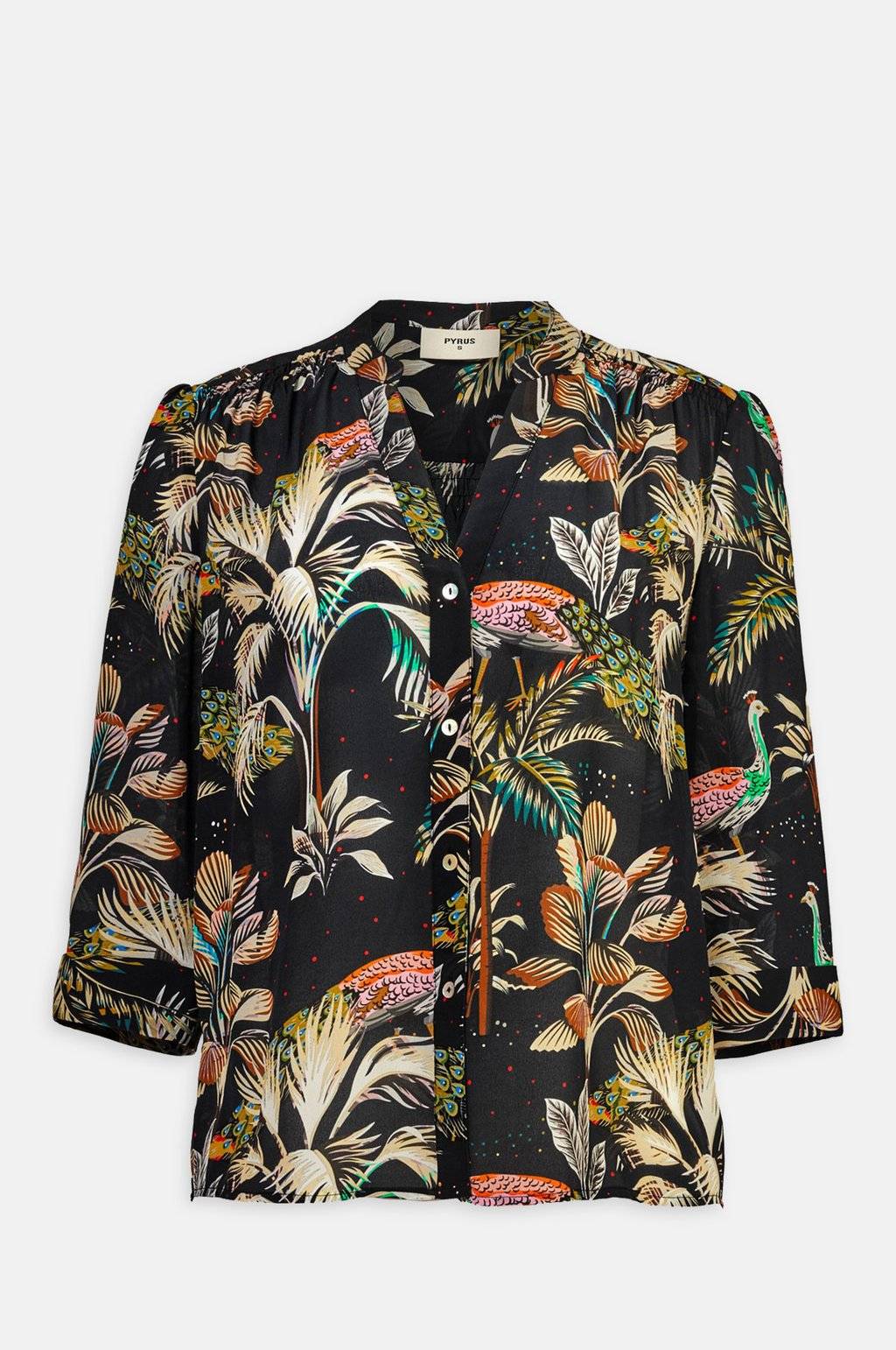