It might seem a stretch but our overarching Green Knowe theme (the oldest inhabited English manor house) is definitely working its charming way into Womenswear for Autumn 19.

Lucy Boston's books, set in the fictional Green Knowe, are based on her childhood home, The Manor at Hemingford Grey. Built in 1130, it is one of the oldest continuously inhabited houses in the country with much of the original building still intact. During the early 18th century, the manor was home to the "Beautiful Miss Gunnings", sisters Maria and Elizabeth Gunnings, who had a reputation of being among the most beautiful women in Europe. The house, on the banks of the River Ouse, is surrounded by acres of gardens with herbaceous borders, secret paths and all sorts of hidden corners. Collections for AW19 reference all manner of traditional English dress, both in terms of fabric, print and style. 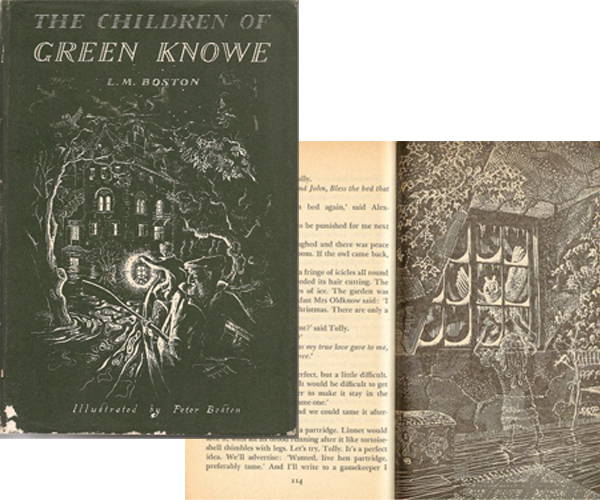 This season there are definite nods to an English gentleman's country outfitters via a 21st Century fashion filter. Tweeds, checks and country cords are flying the flag for the outdoor set. This is the Misses Gunnings on a bracing walk or taking to the saddle for a ride around Cambridgeshire. Baum und Pferdgarten (ironically Danish) are particularly adept at channeling a check (see the Blair Jacket and the Nyo pant). Soeur (ironically French) have a beautiful tweed coat (the Axelle, I rest my case). And finally Bellerose (ironically Belgian) have a great cotton drill trouser called Pompom. 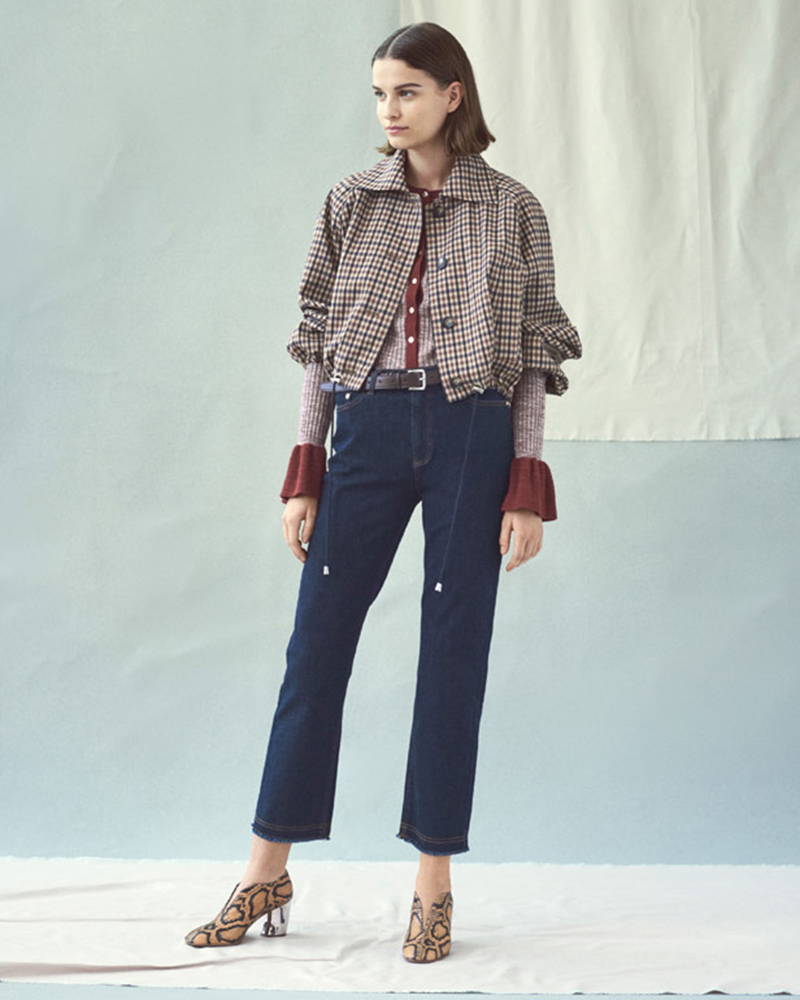 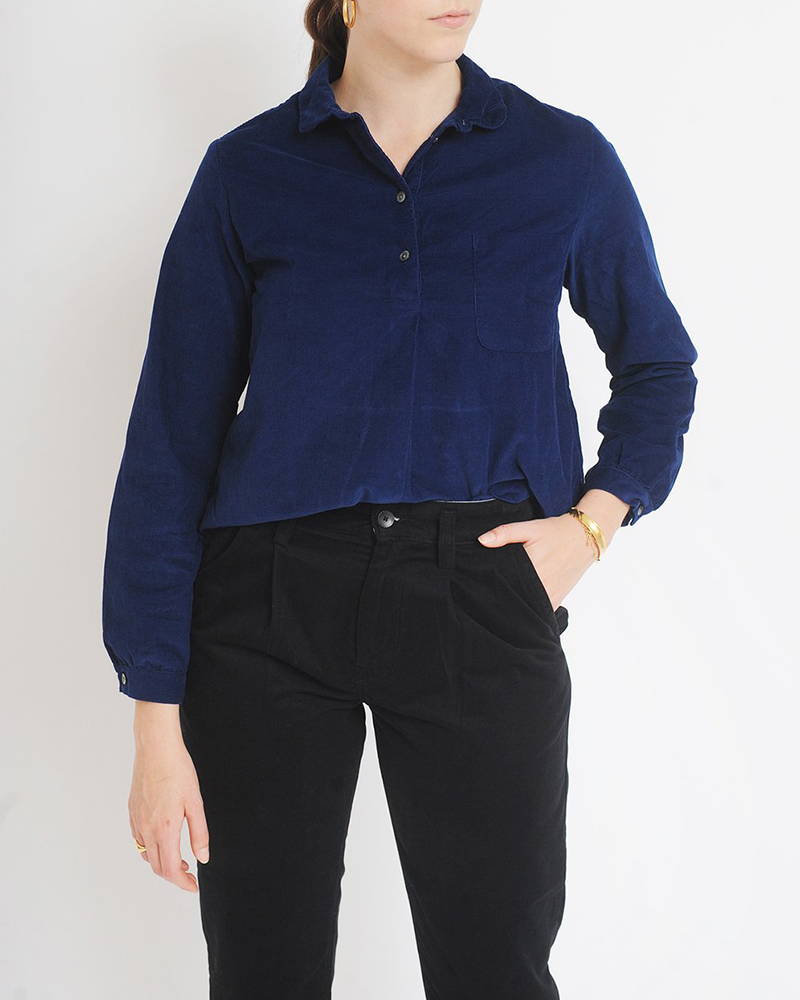 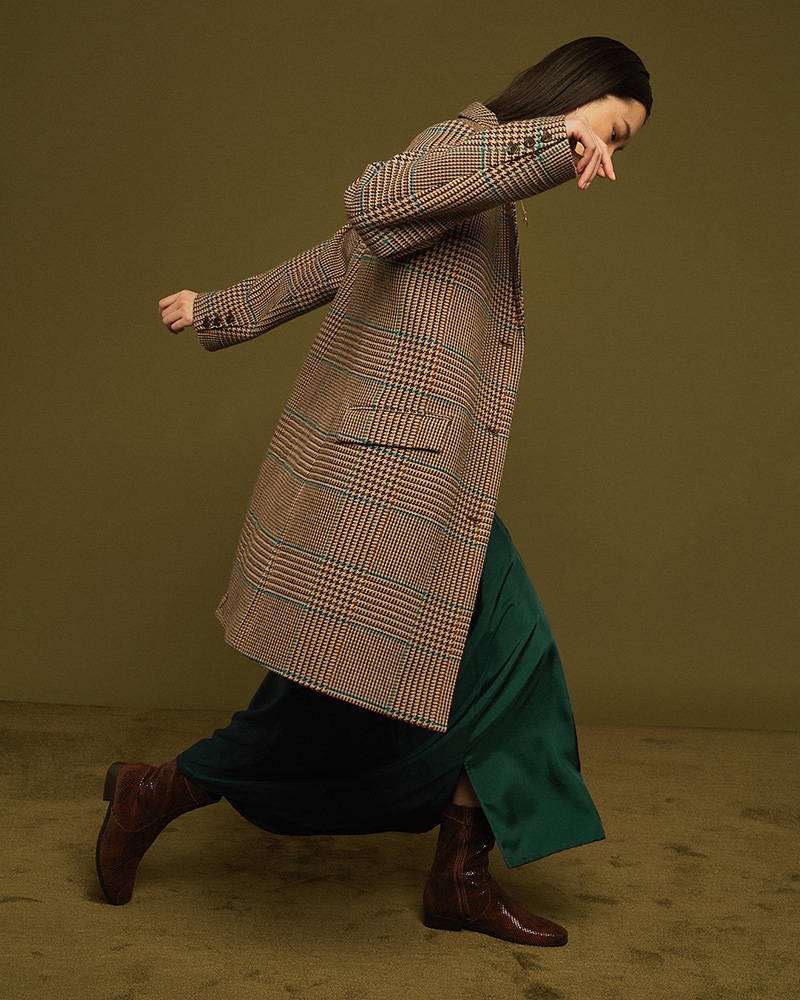 In a season of falling leaves and ever shorter days, how lovely to see collections full of floral inspiration. Bellerose take Chinoiserie botanicals for their Solong top and Pacific skirt. Ganni's dark crepe story is beautifully offset by their Azure blue mesh skirt and Mesh Rollneck top in pretty, ditsy florals. Pyrus are habitually strong in the flowery print business. We love the new dress, Maggie, in buzzy floral. And welcome to The First Floor for the very first time, Norwegian label By Timo. This definitely has a period, English feel, possibly owing more to a 1920s tea dress and 1970s Ozzie Clark than the 18th Century Misses Gunnings. But feel free to be charmed by their approach to easy and very elegant dressing. 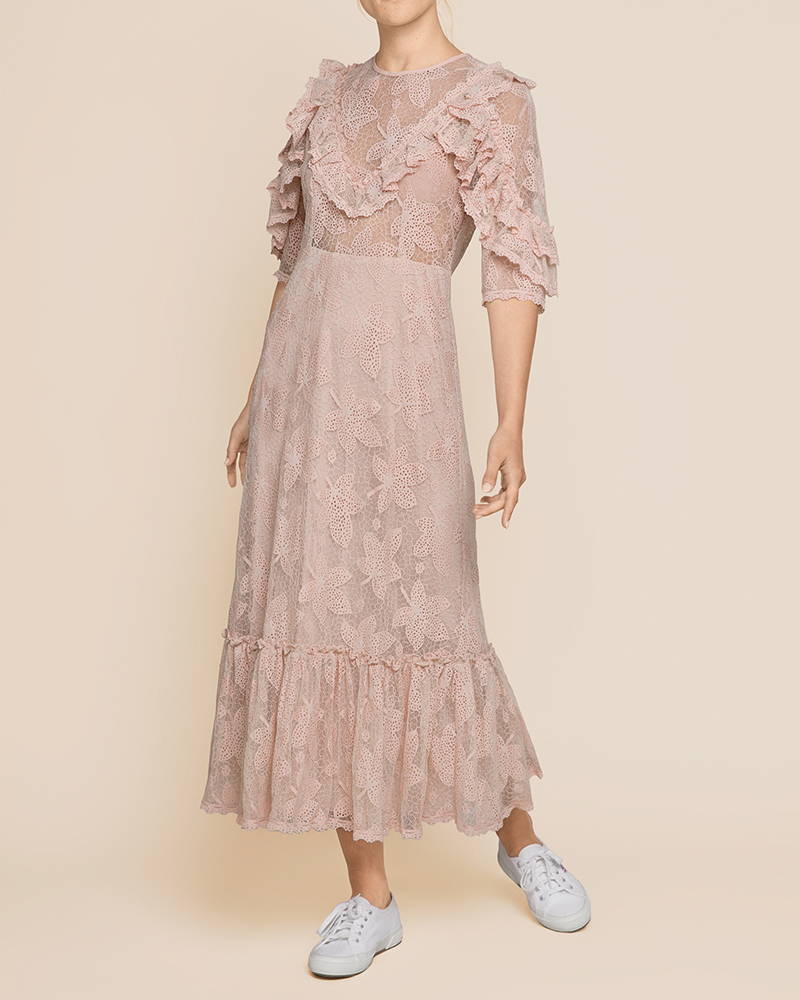 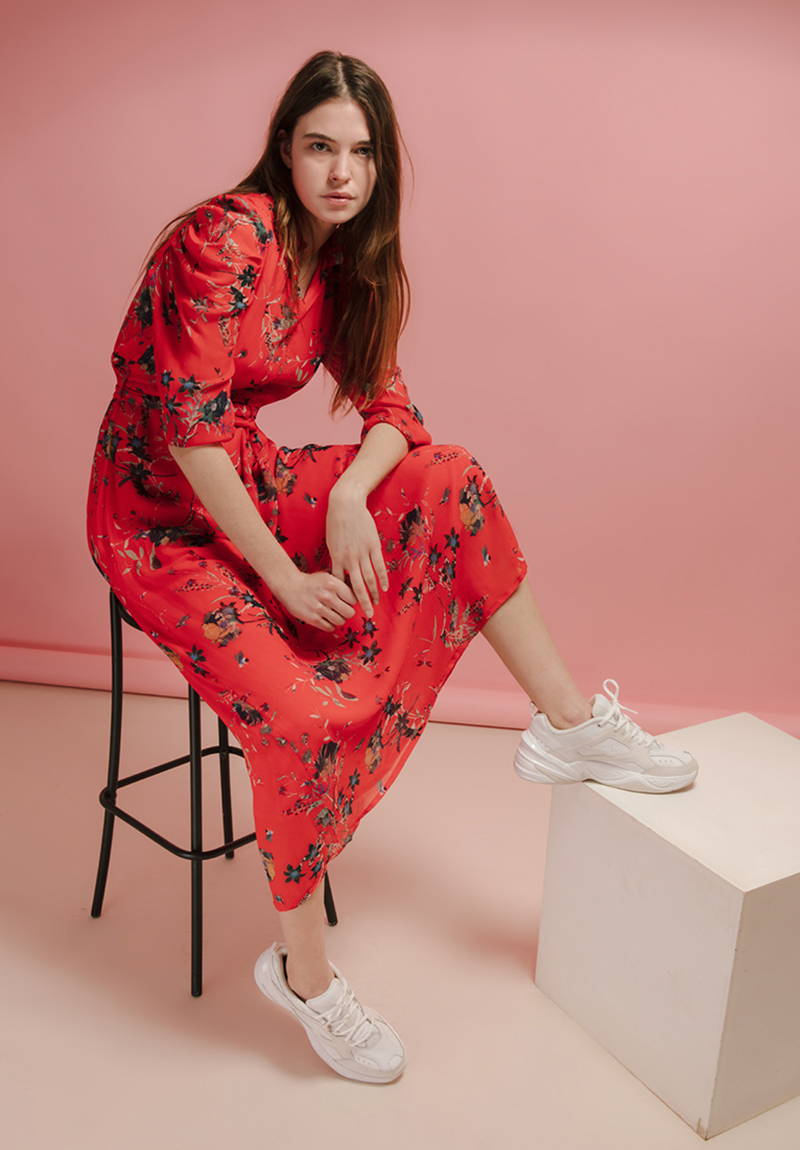 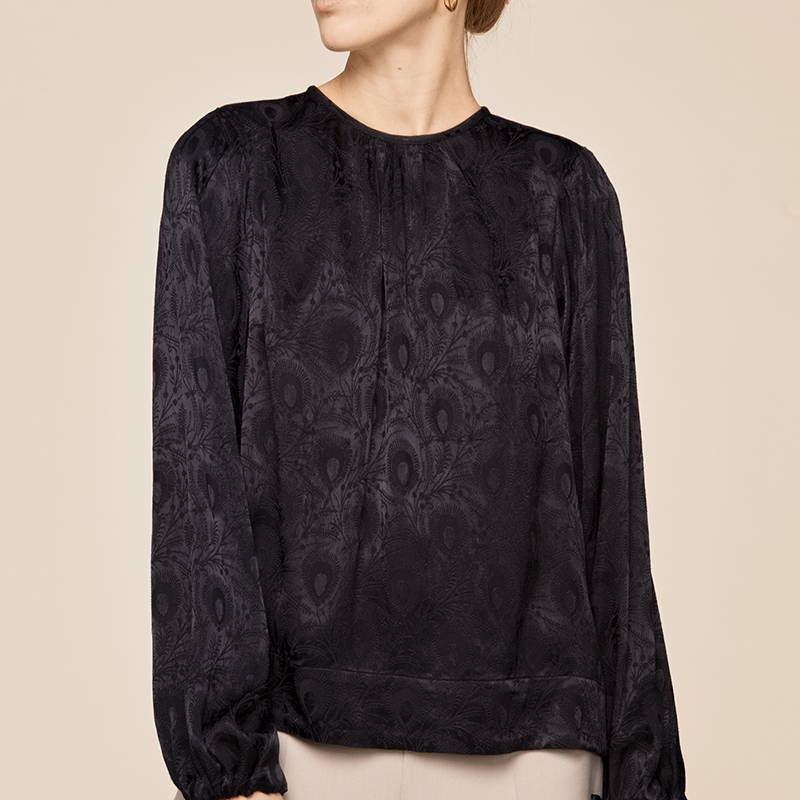 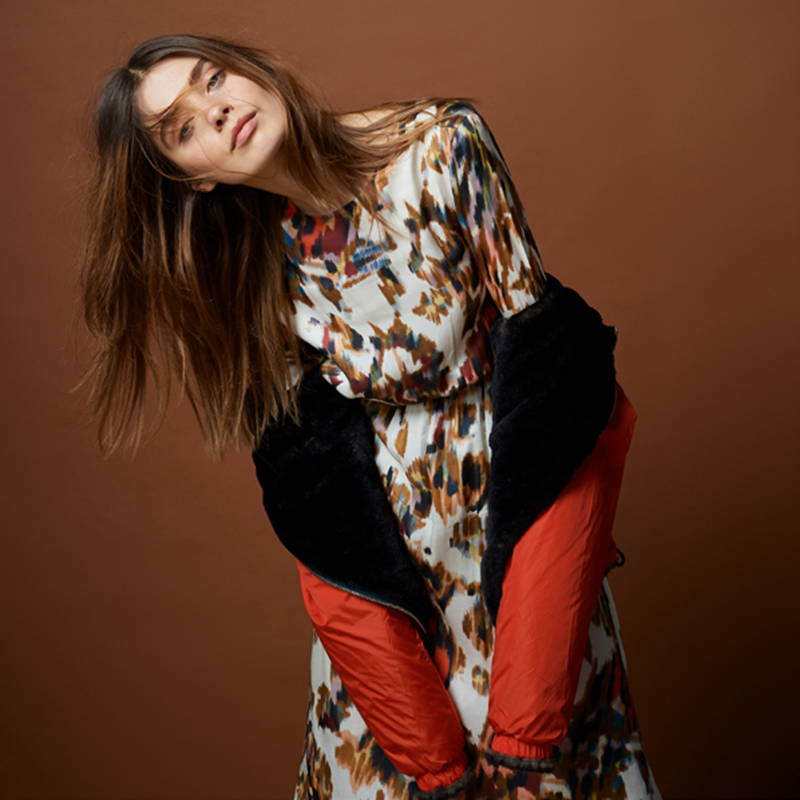 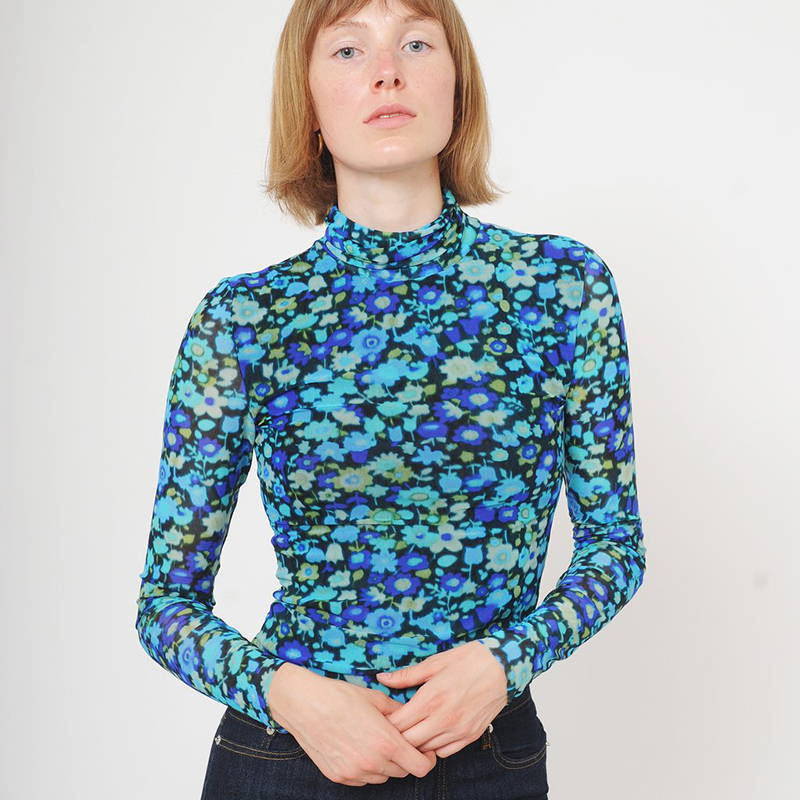 Coats for Stepping Out

They say coats go in two year cycles and 2019, not according to the Chinese calendar, is definitely the year of the coat. The ultimate fake fur from Stine Goya (Happy is its very fitting name), the incredibly useful fake fur coat from Bellerose (the Hanks), the incredibly fluffly fake fur coat from Des Petits Hauts (the Leontin). For a super practical solution, inspired by the chilly winters of Denmark, check out Ganni's Boucle Wool. 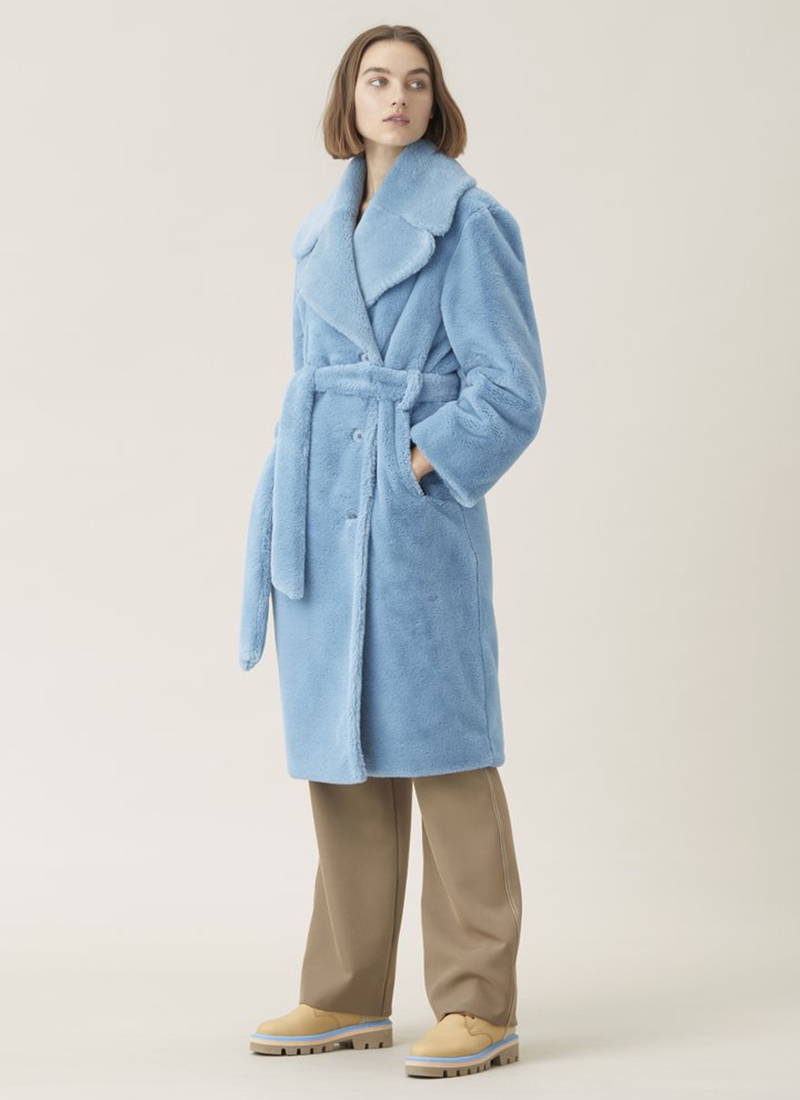 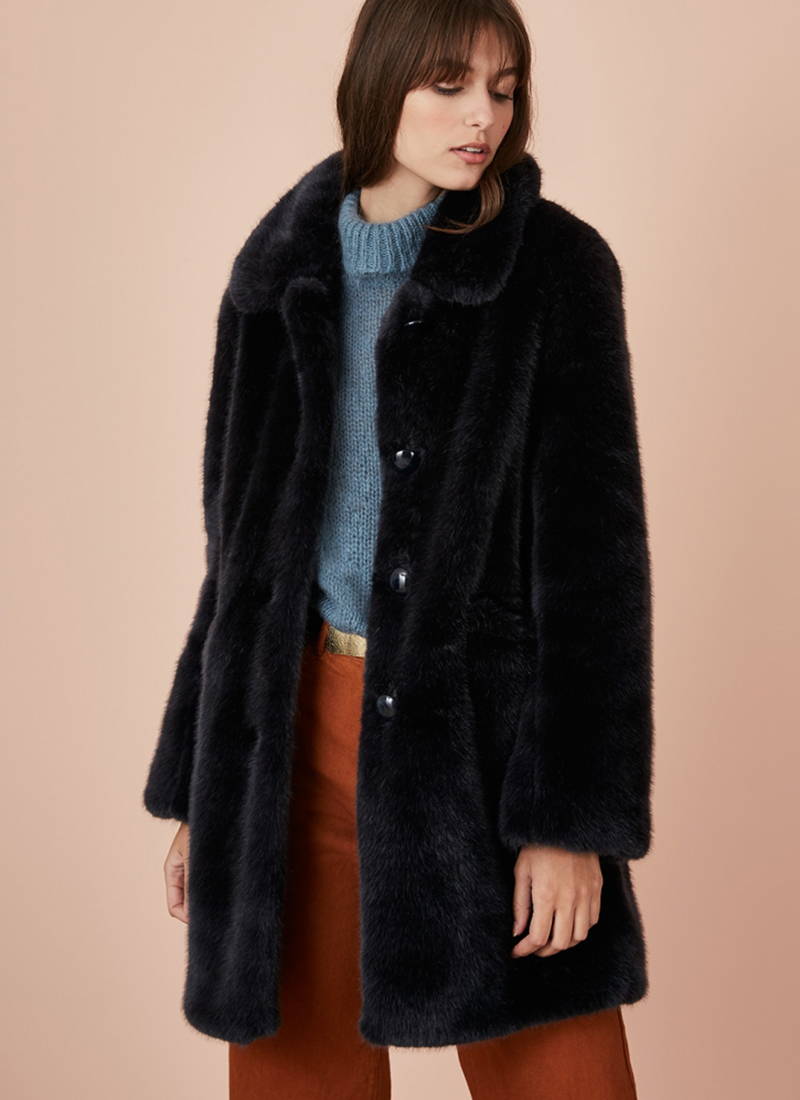 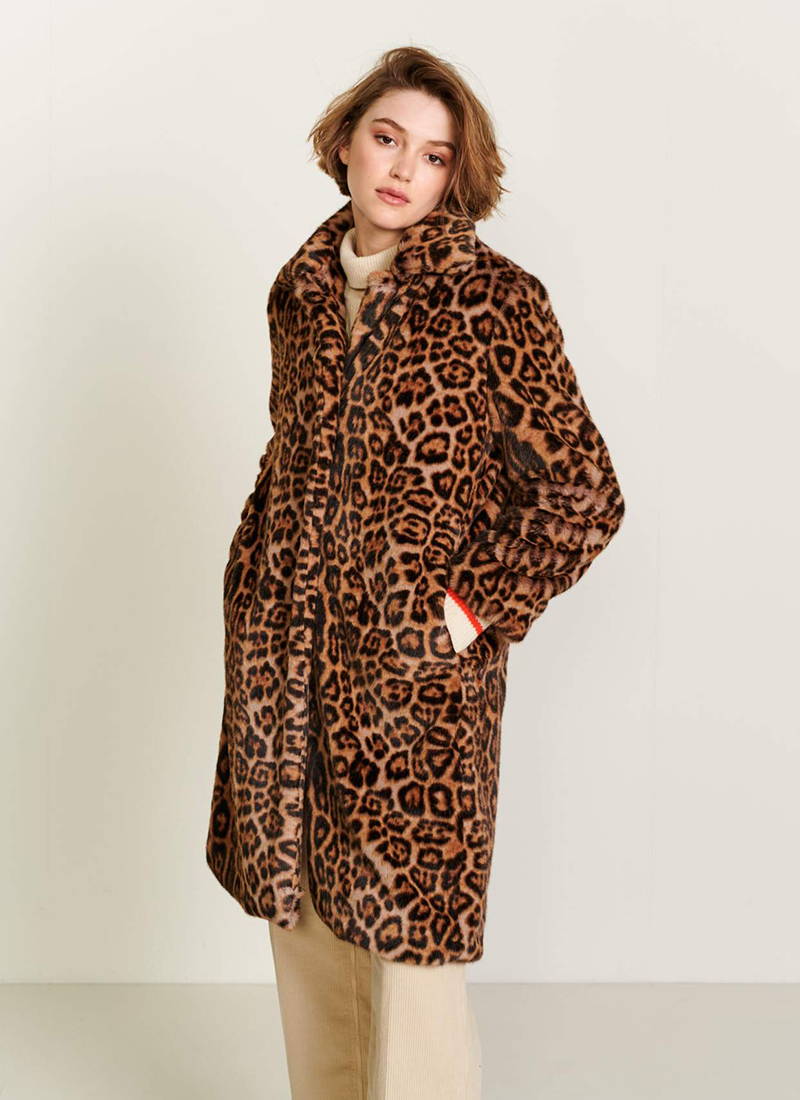 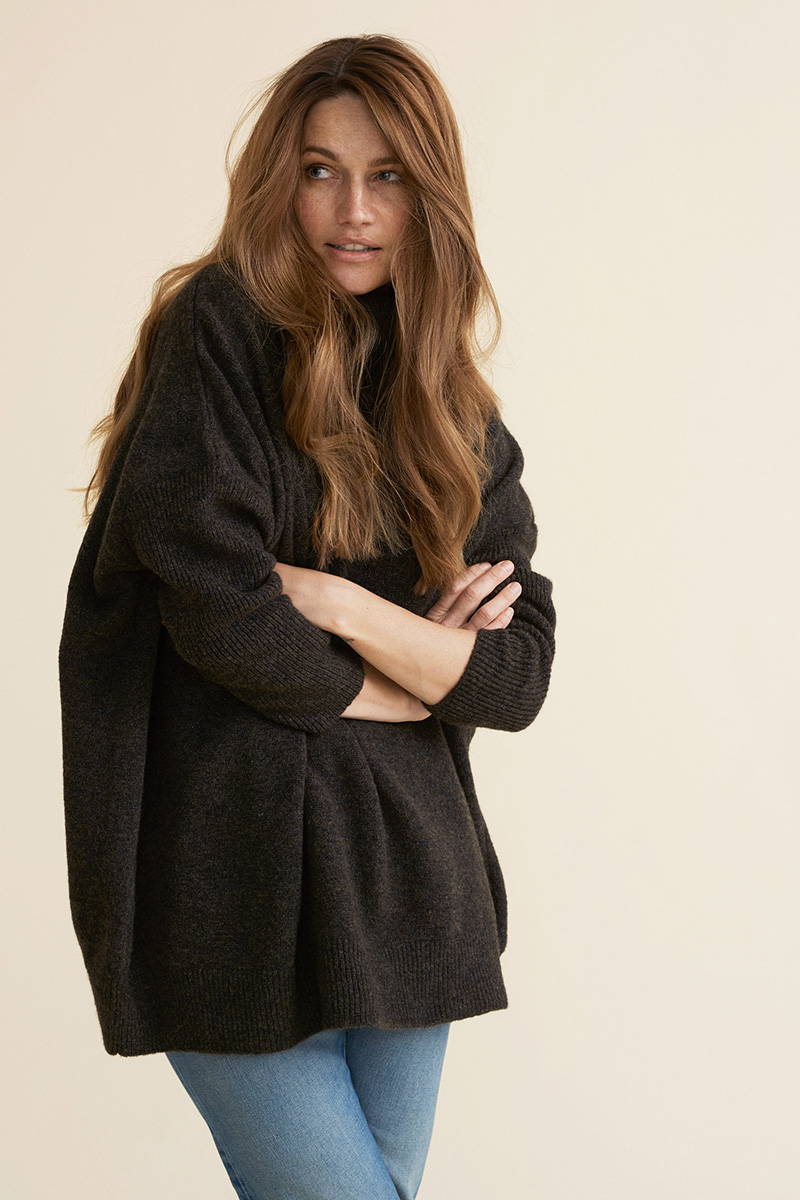 Knitwear for Cozying Up

I think knitwear has no cycles. It is a perennial favourite at The Hambledon. Go from brilliant basics from American Vintage and new kid on the block (well, new kid on The Square) Sibin Linnebjerg (quite hard to pronounce, even harder to spell) to the super chic (Soeur and Ganni). 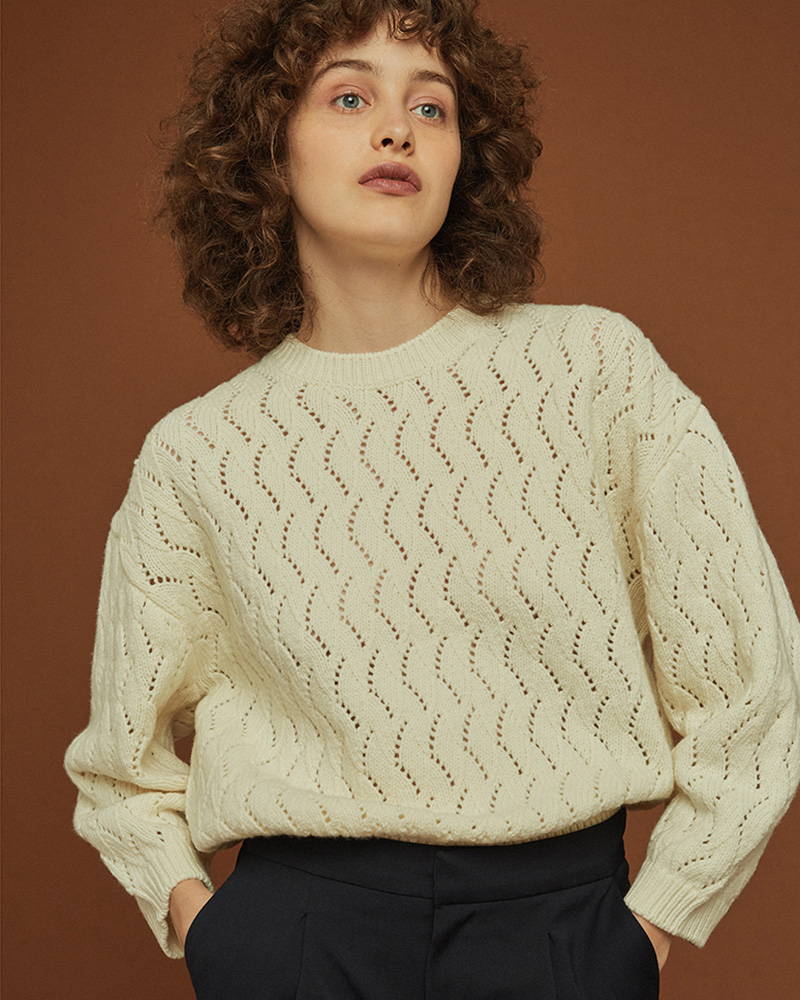 Accessories for the Season

Fake fur cross bodies, canvas hold alls, Epice's beautiful scarves, Shoe the Bear boots. Accessorize your heart out. But for a first port of call Bonne Maison have brilliantly captured everything Autumnal and their colour palette is perfect for our edit of AW19. Choose a sock and work your outfit around. Honestly, this will work. 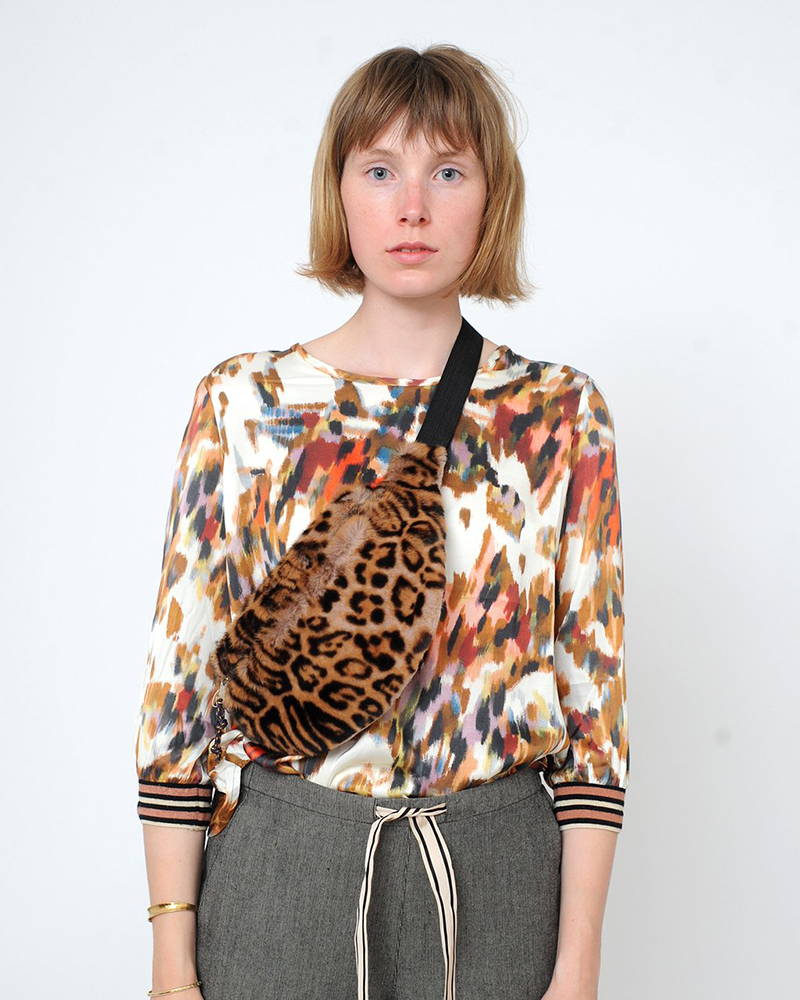 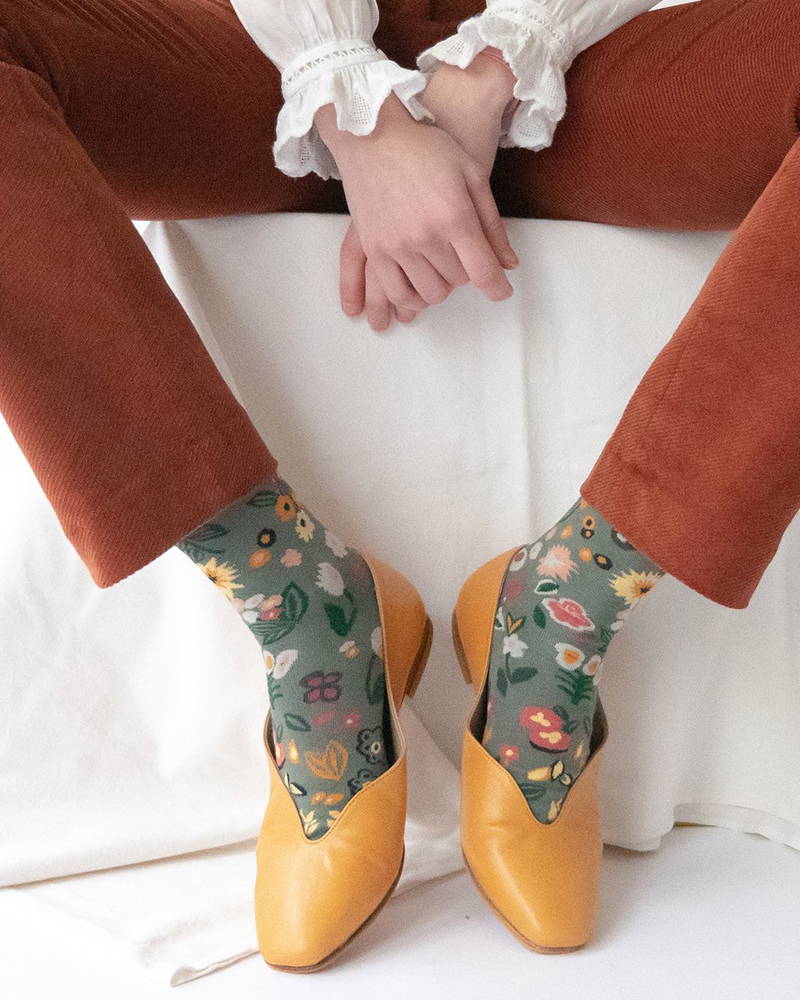 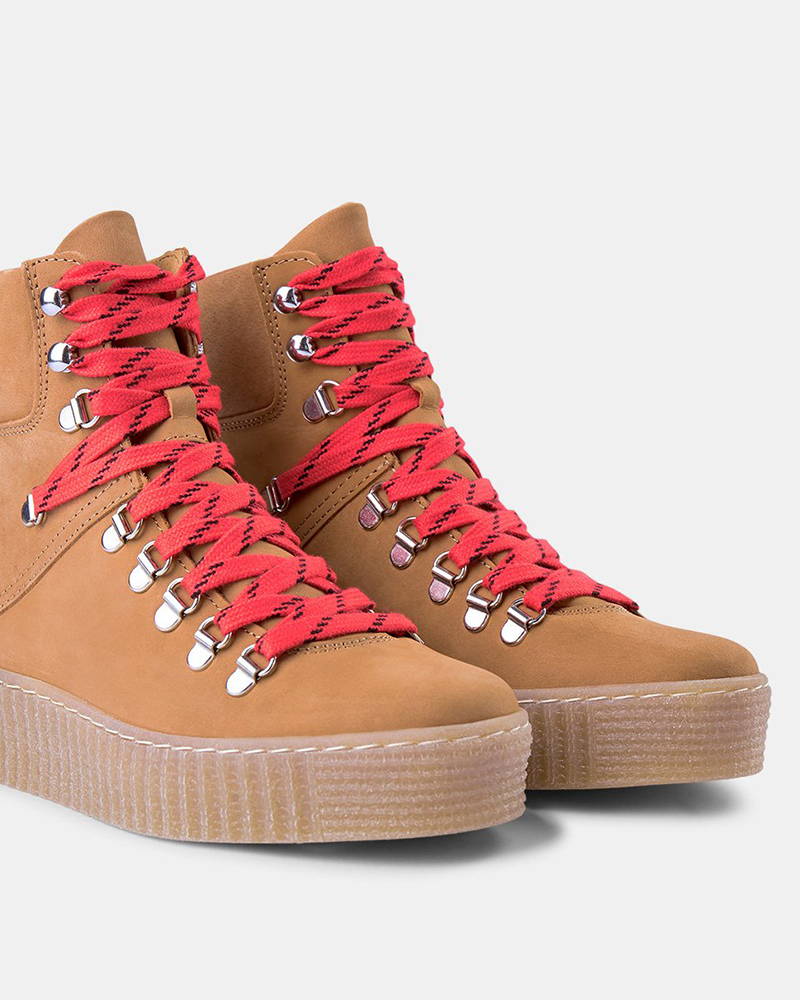