Established in Helsinki in 1916, making javelins from Finnish birch, Karhu (which means ‘bear’) developed over the 20th Century into a leading manufacturer of specialist running shoes. Official suppliers of Finlands’s Olympic team from 1920 and instrumental in the success of ‘The Flying Finns’, this is a footwear brand with serious heritage. Canny at the footwear production. Perhaps less canny in the business stakes. In 1960 Karhu sold their distinctive three stripes logo to a small German brand for 1,600 euros and 2 bottles of whisky. Doh.

We've gone all out colour for Spring 20. Aria, Fusion and Champion to make your heart sing. 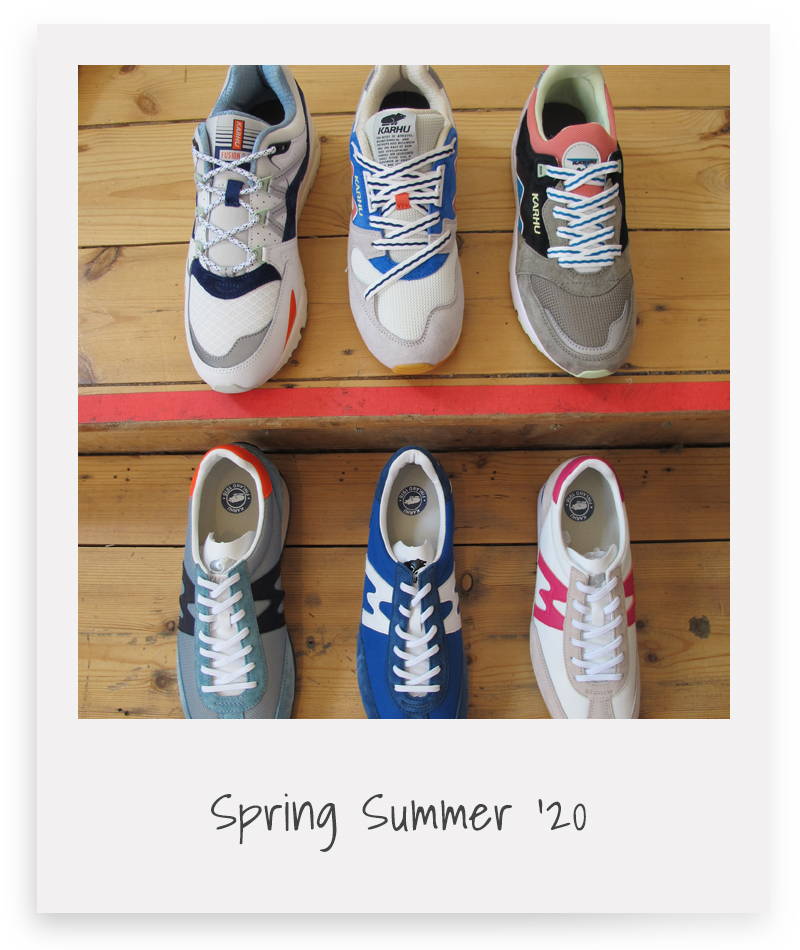